Frax HD: Mandelbrot Crowd, Apple Men, Julia and other fractals on the iPad

Today there's another story about the legendary "past"! It was probably like that in the 90s of the last millennium when I had contact with "Mr. Mandelbrot" for the first time on my C64. Back then, as a C64 owner, you read a magazine called "64'er", which contained a floppy disk with selected programs that you could try out on your computer. In one of these issues (10/91), the "Mandelbrot Construction Set"- MCS for short - was published, which made it possible to calculate fractal, mathematical structures in the crazy resolution of 320 x 200 pixels (at that time it was considered Hi-Res, i.e. high-resolution!).

Frax is the name of the app with which you can immerse yourself in the world of Julia and Mandelbrot fractals on the iPad.

If I remember correctly, it took several minutes for the C64 to finish the work of art. Then you sat in amazement in front of the screen and could zoom into any point, which in turn was calculated. The fascinating thing about it was that you could zoom into the fractal as deeply as you wanted: It went on and on and the appearance of the fractal was always repeated in a similar way - this is why this effect is also known as "self-similarity". So that you know what I mean, here is a picture of the Mandelbrot set (source: C64-Wiki.de): 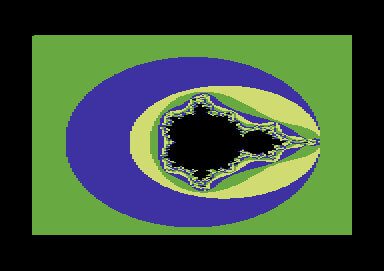 The highest resolution of the Mandelbrot set looked so breathtaking on the C64: 320 x 200 pixels (source: c64-wiki.de).

For the C64 fans: If you have a Mandelbrot fractal on your C64 emulator want to generate, you will find here the matching lines of code. The Mandelbrot set is based on the following mathematical formula:

Doesn't look wild, but E = mc does2 yes also not. Still, the theory behind it was quite a revolution. ;-)

A short quote from Wikipedia clarifies that Amount of almond bread to:

Geometrically interpreted as part of the Gaussian plane of numbers, the Mandelbrot set is a fractal that is often used in common parlance Apple male is called. 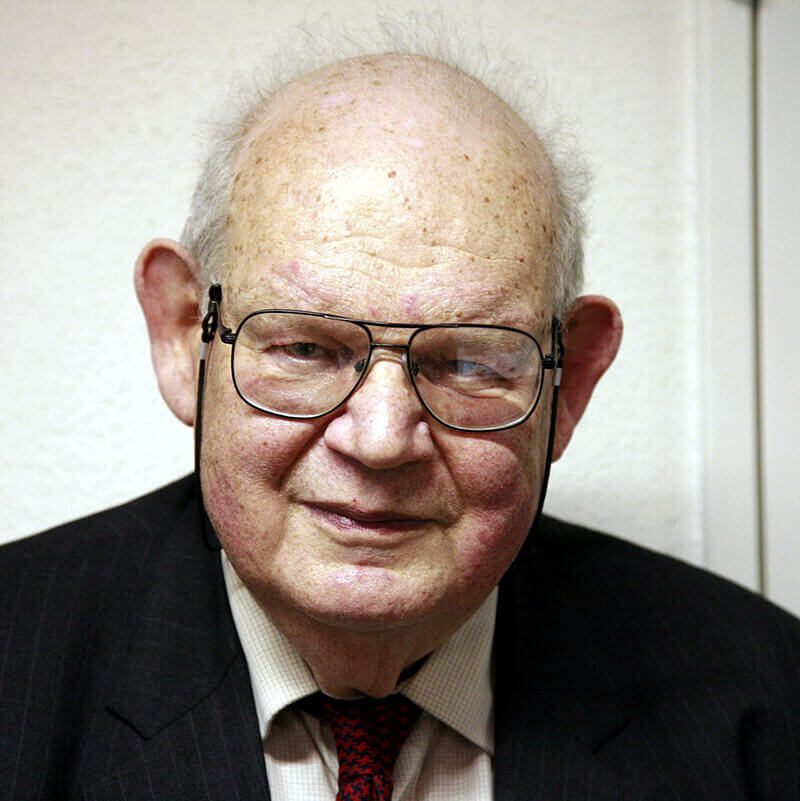 So far so good ... I'm not a mathematician, but Benoît Mandelbrot has somehow enriched my life with his scientific contributions in the areas of chaos research and fractal structures, because the pretty graphic representation goes back to his formula, which in the end provided the great apple manikin graphics on the C64.

Benoît Mandelbrot, who unfortunately passed away, left us with an interesting book on the occurrence of fractals in nature in addition to the quantities of Mandelbrot - "The fractal geometry of nature"- which is very popular among readers interested in mathematics. Personally, I am more fascinated by the graphics, which is why I looked around for an up-to-date program with which such apple men, Julias and seahorses can be calculated. And what should I say? I have found what I am looking for so much that it is impossible to find it.

I discovered the "Frax HD" app in the App Store for the iPad, which uses the iPad's multi-touch gesture control to change the generated fractals in real time. And if you think you can only adjust the color or zoom in and out, you are mistaken. Frax HD enables so much more:

In short: This app is really the holy grail for everyone who loves fractals from the Julia or Mandelbrot crowd! And it also comes from three developers who fell for these fractals. They say about their Frax HD app:

Our homage to the classic Mandelbrot and Julia fractals.

In the following (English language) video, which is more than 4 years old, the app is introduced a bit. Here you can see the operating options and, above all, the breathtaking speed at which the iPad calculates the fractals:

The developers of Frax HD

It was only after a reader interjected that I noticed that among the three developers - Ben Weiss, Kai Krause, Tom Beddard - from Frax there was also a German veteran of the early Macintosh era: Kai Krause. Anyone who was already doing graphics on the Mac at that time was probably familiar with the Photoshop plugins "Kai's Power Tools" and "Kai's Power Goo", which could be used to add 3D effects and the like to fonts and images. "Kai's Power Goo" was a plug-in for deforming photos, with which you could, for example, make funny grimaces in the photos. A little more about Kai Krause can of course be found on the Wikipedia page about him and also on rp-pnline.dewhere he is interviewed by a 9 year old student

As far as the operation of the app is concerned, the developers have also done a great job. If you start the app for the first time, you will be guided through the individual parameters that you can select and then change with a slide or pinch gesture. After the first round of explanations, I was still a bit overwhelmed by all the possibilities that the app provides for manipulating the fractal display. Nevertheless, the user interface is clearly structured and you can find your way around the app after 15 to 20 minutes. You can see here that the developers themselves are Mandelbrot fans and have really made an effort to offer a high-quality visual representation.

In addition to the customization options, there are two menus at the top and top left in the middle that can be used to share and save fractals or to call up various areas such as "Research", "Design", "FraxFlow", "Painting" and a few other extras can. You can save your own fractals via the gallery or you can look at the many prefabricated fractals that are already stored there. The crowd ensures many hours of fun and relaxation - that much is guaranteed. 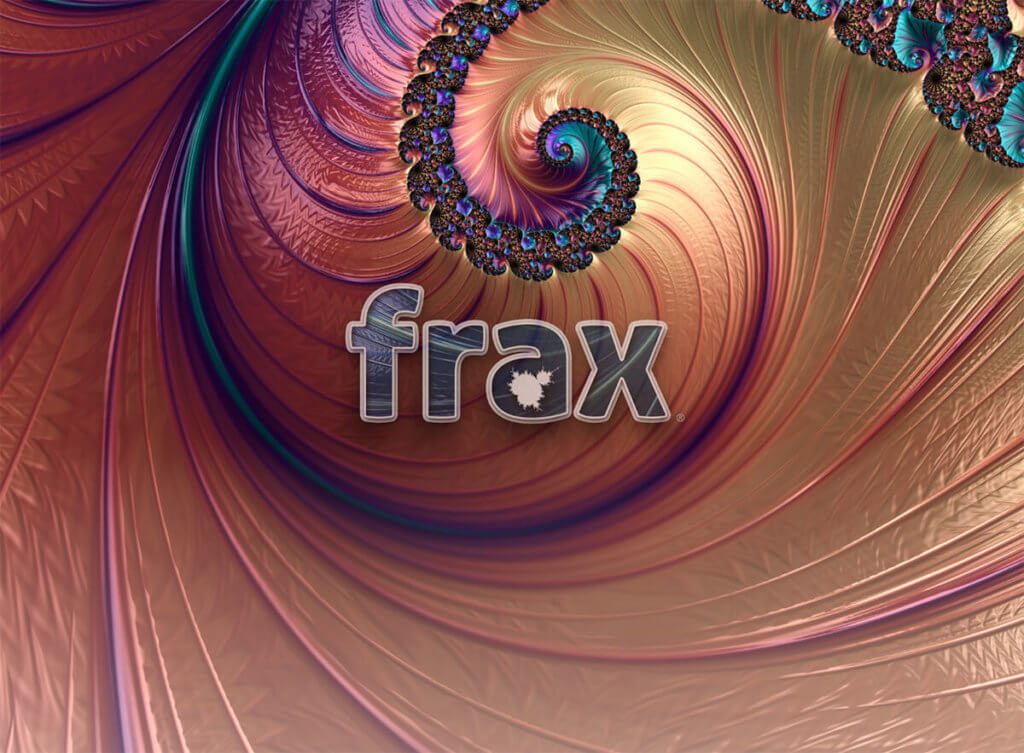 With Frax HD you can admire fractals in retina resolution - also animated. A great toy for cozy Christmas days on the sofa.

If you've always been looking for an app to be impressed by the computing power of the iPad, then you've definitely made a good choice with Frax HD. I run the app on my iPad Pro from 2015 and it is so fast that even with complex structures you rarely see blurred edges, which are then recalculated when you zoom in or out. In most cases you fly through the apple men with at least 25 fps and don't even notice how many mathematical calculations the iPad is doing in the background.

What is also very nice are the ready-made presets in the gallery. A total of 198 fractals are available here. A preview already shows an animated flight with zoom over the fractal. If you select it with the tick, you can change all settings yourself in the familiar editor. A very helpful feature is that every button has a play and a random button to change position, colors, lights and textures. With these you can quickly come to new surprising results and (via play) bring a movement into the corresponding view. If you press "Play" under "Colors", the colors flow with a gradient through the fractal. If you press "Play" in "Position", a slow flight over the fractal begins, whereby speed, flight direction and zoom vary again and again each time.

Compatible with the Apple Pencil

Of course, the developers also have the use of the Apple Pencil considered. So you can use it particularly well to design a fractal in color in the menu item "Paint". But of course you can also use the Pencil to change the values ​​in all other areas of the app. Only the pinch gestures logically work better with two fingers than with a pencil. ;-)

The app itself costs some money in the "Frax HD" version (for me it was about 2,50 EUR). An amount that is absolutely okay and which, in my opinion, seems rather "too cheap" when you look at how much attention to detail there is in this app. In this version you can do a lot and the in-app purchases for "Pro" and "Render Coupons" are by no means necessary to have fun with the app. 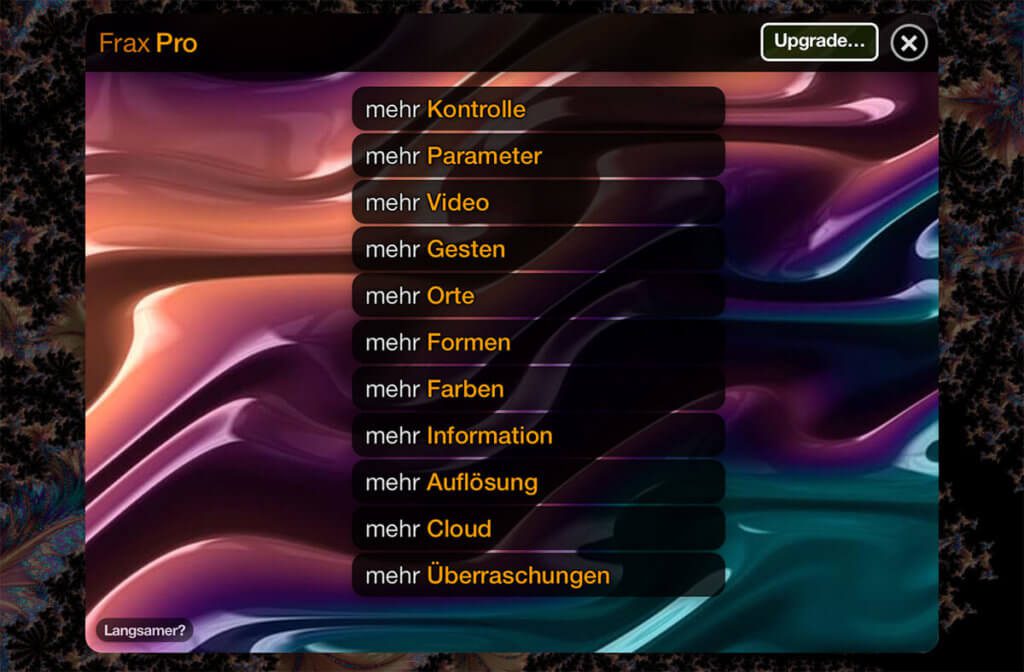 If you already have fun with Frax HD, you should get the Pro version! There are even more gimmicks here. But be careful: Have a thick power bank ready, because the battery doesn't last forever and is always empty when you've just made something particularly beautiful.

The render coupons enable you to have really huge fractals calculated in the FraxCloud. The result is pictures that, with a resolution of 50 megapixels, are also sufficient to print advertising posters in DIN A0. The cost of such a calculation is less than 25 cents - i.e. peanuts.

The second possible in-app purchase is the PRO version. If you buy this (cost me currently approx. 8 EUR), you also get access to the areas "Design", where you can change even more parameters, and to the area "Record video", which makes it possible to take a flight in a Record fractal. I bought this Pro version because I want to support the developers. The features that I get were not even necessary - but of course it's great when you have more buttons and presets to play with. ;-) 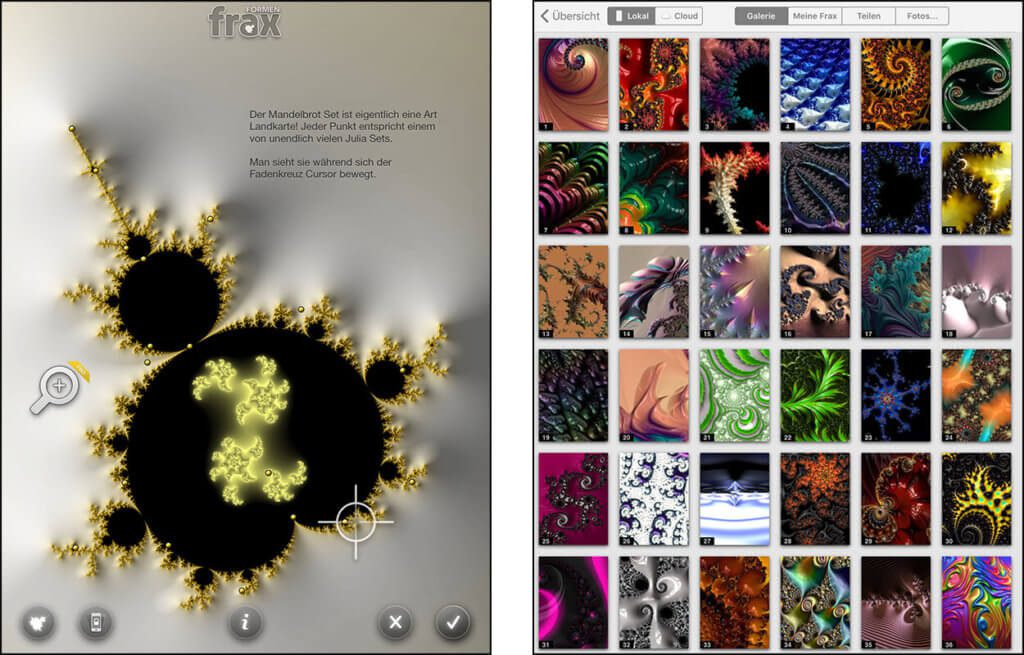 The "Shapes" area can be seen on the link, where you can explore the Mandelbrot set in detail. On the right you can see a section of the "Galarie" area, which includes almost 200 presets with which you can start your personal fractal journey.

My conclusion on Frax HD

Yeah what do you think Will I advise against using the app ??? Of course not! The program is part of the compulsory selection of apps that every iPad must have. Why? To have fun with math and beautiful shapes and colors on your own and of course to get children excited about fractals. I'm almost annoyed that I only discovered the app now, although it has been in the App Store since 2015. Actually, it should be "app of the day" at least 5 times a year. : D

Anyone who would like to have a look at a few examples of Frax fractals can be found here on the app's website a seemingly endless gallery with pictures to inspect. But playing around in the app is much more fun!

And here I have three more fractals for you, which I easily created with the Frax HD app or which I took over from the presets: 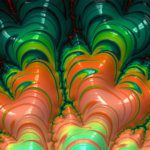 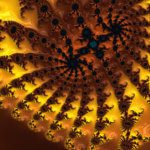 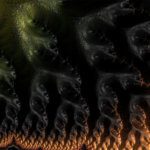