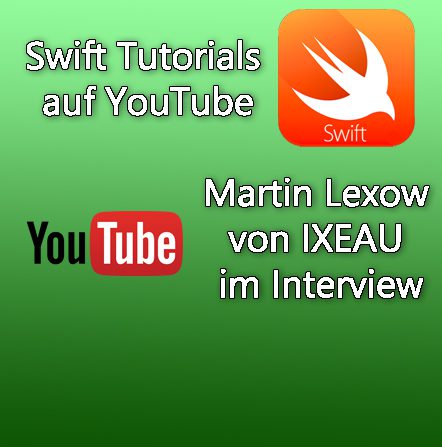 The Apple programming language Swift offers a good introduction to anyone who wants to learn programming. How at this year's Apple Keynote As mentioned by Tim Cook, Swift is also taught in schools around the world as part of the ConnectED program. But if you are already out of school and do not want to start studying IT, you still get the chance to learn the Apple programming language Swift as the basis for knowledge about the structure of software - free of charge! "Our everyday life is determined by software“Says Martin Lexow in the first part of his Swift tutorial series. I interviewed him once for you.

Before we get down to business, I would like to insert a little explanation here. Because not everyone knows what to do with the name "Swift" right away. Therefore, here is an overview: Swift is a programming language launched in 2014 for the Apple systems iOS, OS X, tvOS, watchOS and for Linux. In the future we will surely find Swift in macOS as well. Swift was first presented at WWDC 2014 and version 2.2.1 is currently in use. The current preliminary version is 3.0 Preview 2, which was presented at WWDC 2016. 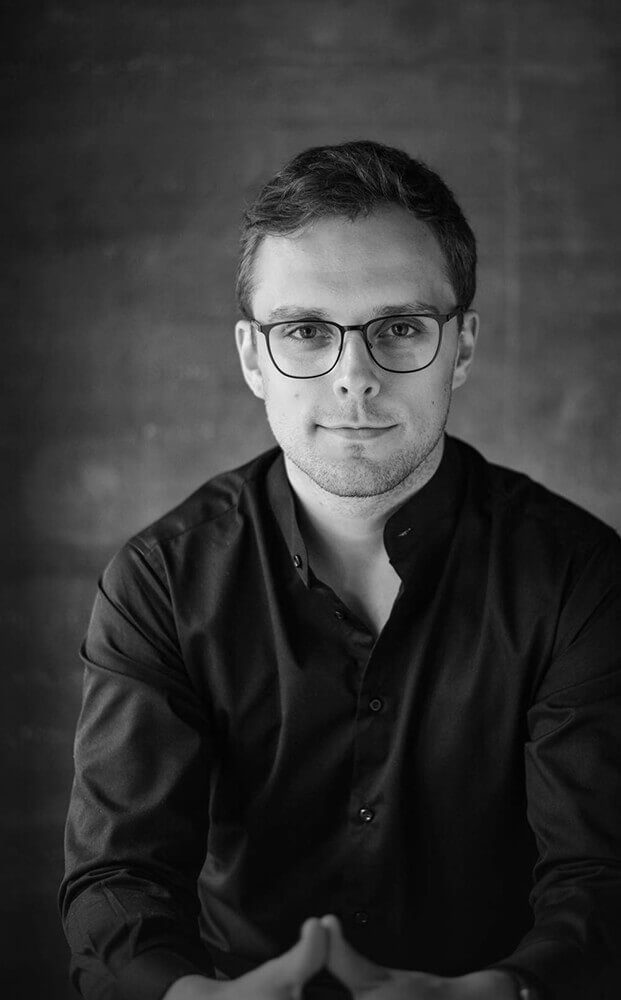 So now we know that the people who know Swift can conjure up programs and apps for Apple systems. But how do you get started with this topic? Who teaches you the basic terms, the first lines of programming and thus the basics for your first own app? In German-speaking countries, the answer to these questions can be the YouTube channel IXEAU lead with his operator Martin Lexow. And here is the interview with him already mentioned several times:

Hello Martin, thank you for answering the following questions. Let's start with something general: What is your background, did you study in IT? - Or how did you get into Swift?

Hey Jens, thank you for your interest! I have been studying Interface Design at the Potsdam University of Applied Sciences since 2013. Before that, I was most recently responsible for the development of IT systems as an employee in a large corporation. But I didn't have to actively program there. My role was more like that of a user experience designer. That was a very instructive time and the many experiences during it made me want to deepen the topic as part of a degree.
During my studies, I had and still have points of contact with programming here and there. As a designer, I think that's one of the essential skills. As someone from the generation of “digital natives”, of course, I had points of contact with the topic before that. I took my first steps in web development. I also got into Visual Basic very early on. It's now fallen into disrepute for good reasons, but as a teenager I (Macromedia) loved Adobe Flash. On the one hand you could let off steam with it visually. And on the other hand, the underlying programming language of Flash, ActionScript, offered unique opportunities in its time to make the web interactive and responsive around the turn of the millennium.
In addition, native apps always seemed fascinating to me. The user experience is usually better and there are generally more possibilities. After I bought my first iPod in 2004 and a PowerMac G5 a year later, I felt for the first time how important the design of the user experience is. Then as now, a Mac could not do more than a PC. The way the user interacted with a Mac was far better, however, and made a meaningful difference. So I jumped at Objective-C to develop for Apple devices, but I never really got warm with it.
With the release of Swift 2014, I think Apple managed to break down barriers. It was very easy for me to get started.

Please briefly describe how the idea for a YouTube channel with Swift tutorials came about.

As I said, Swift is still a very young programming language, and at the beginning there was only documentation from Apple as an iBook, but it was not very extensive. I myself am always very grateful when others share their knowledge on the Internet, because only then was it ultimately possible for me to expand my Swift know-how. With my videos I want to give something back to the community. In my opinion, explanatory videos are a great format for conveying knowledge. I also felt the personal touch was important. There are still many prejudices against programming that need to be broken down! Anyone can learn it, I am firmly convinced of that.

Will there only be tutorials on your channel in the future or are competitions, programming tasks for the viewer, etc. planned?

For now, I'll stick with the tutorial videos! But if I have the feeling that the majority of viewers would like me to use a different video format, I can of course well imagine going into it. I am now looking forward to the general response!

Your site ixeau.com is currently only in English if I see that correctly. And it is advertised on the home page “Theine”, an app that keeps the Mac from falling asleep [Meanwhile also other programs]. Will the tutorials be advertised beyond the news section of the site in the future, maybe even in German, or is the website only intended for an English-speaking audience and the references to the German videos are only available for the sake of completeness? (Sorry for the long question)

In fact, the website has only just been completed and I haven't had the opportunity to prepare all of the content and put it online. But of course I'll make up for that! There are also one or the other app that I will publish soon - so you can be curious! Whether there is a separate section for the YouTube videos also depends on the response. The site will only be in English, at least for the time being. As a one-man business, time is notoriously short and a multilingual website is a luxury.

Do you think the future will be in Apple's hands? Or do you see Swift as a good introduction to other programming languages ​​that could be important for your viewers?

I think Apple will continue to play an important role in the future and am not worried, despite the current criticism that Apple is losing its innovative strength and oversleeping trends. As consumers, we only see the tip of the iceberg and other innovative products from Apple will follow when the time is right. That's what makes Swift so fascinating, too. Getting started is super easy, and even with basic knowledge you can suddenly create applications for Macs, iPhones, your Apple Watch or the Apple TV. And the basics of a programming language, no matter which one you learn, can be transferred to other languages.

Do you think it will become more important in the future that everyone can write their own programs - or that there are more people who can program for companies?

Yes, the ability to program is becoming more and more important. Of course, it also depends on the direction in which you want to develop professionally. But many traditional professions will be replaced by digitization in the future. An example: As a designer, the ability to program gives me a clear advantage, because in practice I work in a team with programmers, with whom I can now speak professionally on an equal footing. I can even make specific suggestions on how to solve a problem. And I am able to program my designed interfaces myself, while the actual programmer can invest more time in the actual functions. More and more products are digital. In my opinion, programming will become as fundamental a skill as using an office application today.

In your first tutorial, you say that programming is not yet adequately taught in schools. Do you see the need here for teachers who have studied programming to become a teacher - or would career changers with real programming experience (and talent for teaching) be better?

In my ideal imagination, kids learn to program in a regular subject at an early stage, for example from the third grade, similar to the first foreign language today. I don't want to rule out that it already exists, but at least to the best of my knowledge it doesn't. The teacher should be able to express his enthusiasm for the topic passionately and convincingly, which applies to all teachers in general. For me, especially at a young age, it is more about inspiring, arousing interest and conveying a feeling for what is possible. "Digital literacy" is just as important as learning to read and write.
Incidentally, during my studies I found teachers with practical experience to be the most instructive, as I was able to participate directly in their experiences. But that is purely subjective and cannot be answered in such a general way. There are many factors that influence learning success.

If our readers are looking for introductory literature on Swift or programming itself, what would you recommend?

The official documentation from Apple is always a good address. No matter how advanced you are, there are always situations in which you need to consult the documentation. The Swift iBook is free and really good to start with. Registration as an Apple Developer also costs nothing and gives you an exciting insight into current developments. In addition, there are video recordings of the WWDC in Apple's Developer Portal, which are super exciting and in which Apple employees report first-hand. And if you prefer German-language videos, take a look at my YouTube channel ;-)

If you've got a taste for it and want to try Swift, we'll put Martins Swift tutorial videos to the heart. Here you get explanations about the Apple programming language as well as additional notes on writing programs and more. As an introduction, here is the first Swift tutorial from channel IXEAU: