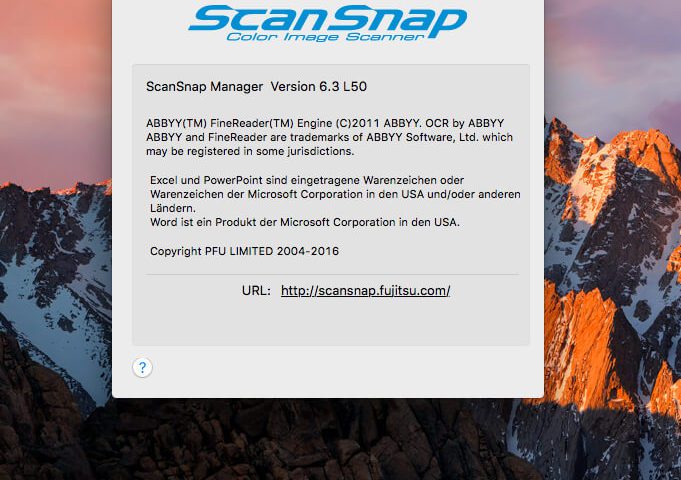 Anyone who reads my blog regularly will know how much I mean ScanSnap iX500 love. The feeder scanner is absolutely user-friendly and works with me every day in the office. For this reason, the update to macOS Sierra has not yet occurred to me, because after the update the ScanSnap software, which is supplied by Fujitsu with all ScanSnap scanners, should cause serious problems and sometimes even pages in multi-page PDFs against empty ones Swap pages. Not really funny when you scan invoices and receipts and then have to show the tax office blank pages during the tax audit. 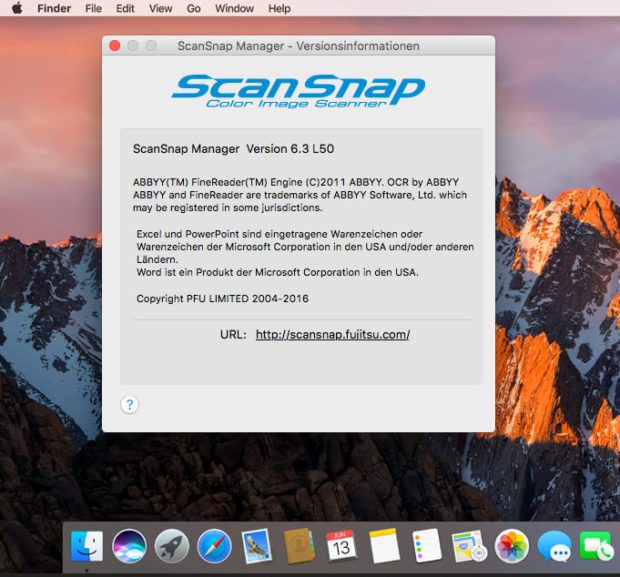 After updating to macOS Sierra: what to do?

If you have already updated to macOS Sierra, Fujitsu recommends the following:

What are the problems?

After a lot of discussion and warnings in the community, an official newsletter was sent to the people who registered their scanner with Fujitsu for the first time today. This mail contains a link to the following ScanSnap community page. It says that all ScanSnap scanners are affected and that the developers are currently working flat out in cooperation with Apple to fix the problem. If there is a solution - according to Fujitsu - it will be published on the website linked above. 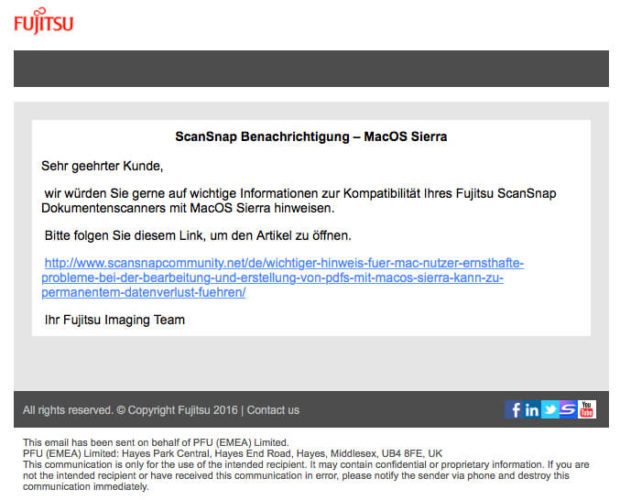 According to Fujitsu, the following problem cases are known that can occur under certain circumstances:

Most of the above-mentioned cases are not represented in my daily work, but I will still wait with the update until a solution is in sight. A non-working scanner would mean serious problems at work that I currently don't need.