Features in iOS 15 that require an iPhone XR, XS or later 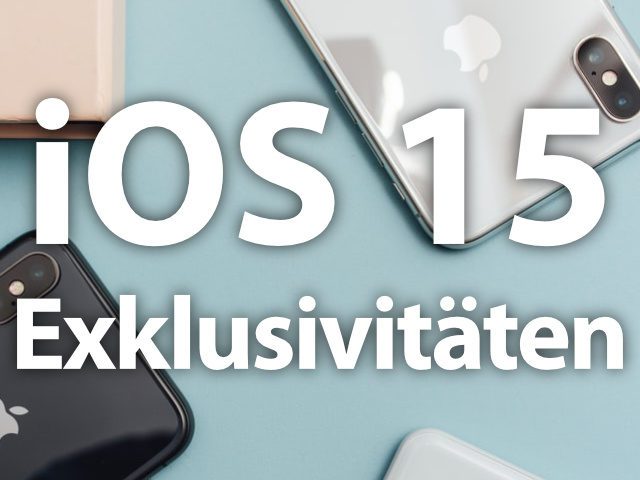 The featured last week iPhone operating system iOS 15, which will be rolled out as an update for compatible devices in autumn 2021, brings with it various new features and options. You can use iOS 15 on all devices that also have iOS 13 and iOS 14, i.e. iPhones back to the 6s, 6s Plus and SE from 2015. However, you will not get all the functions on these and on some successors. Some are only available from the iPhone XS from 2018; some are even limited to the iPhone 12 from 2020. You will find an overview below.

Question and answer: Is my iPhone compatible with iOS 15?

Here you will find the functions in iOS 15 for which an iPhone XR, XS or newer is required. Because some features require an A12 Bionic Chip. There are also iOS 15 differences in the iPhone 6s, 7 and 8.

iOS 15 features for the A12 Bionic Chip or newer

IPhone 12 mini, iPhone 12, iPhone 12 Pro, and iPhone 12 Pro Max came out last year; at that time still with iOS 14. In autumn the update to iOS 15 will also come for these current smartphones from Cupertino. There are only these options for this and the coming models:

Exclusive functions of iOS 15 from iPhone 7 or 8

And that's not all. Because although there are many other improvements and innovations that also come on older iPhones, there are still differences here as well. You can differentiate between the predecessors of XR, XS and XS Max:

The source for this post formed this message at 9to5Mac.