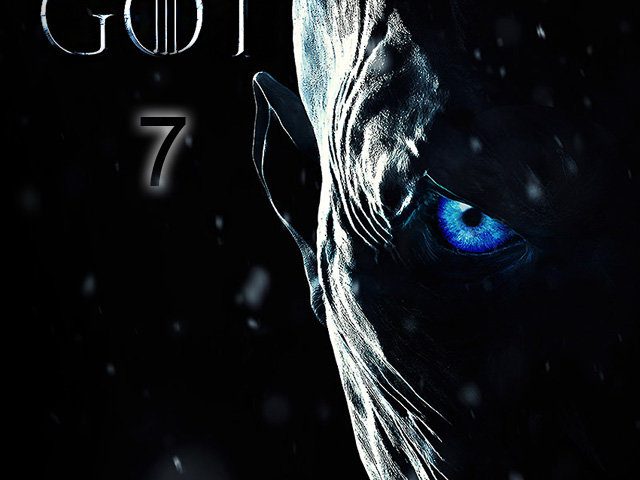 At Amazon you can Game of Thrones Season 7 already watch it as a stream. Admittedly, the title of this post is a bit "clickbait" because Season 7 of Game of Thrones is not yet in Amazon Prime included, but currently only for Amazon Video is to buy. An episode of Game of Thrones season 7 as an HD stream costs € 2,99. But you can get away with it cheaper if you secure the whole "Season Seven" for the season price of 19,99 €; it includes all published and upcoming episodes. Tomorrow the new one will come, so secure the package quickly;)

The Game of Thrones Season 7 Stream is available on Sky and Amazon Video. The latter is recommended, also for episode 5 "Ostwacht". Image: HBO

Buy GOT episodes on Amazon Video individually or at a scaled price for only 19,99 €. Not in the mood for stream? Then scroll down to the seasons on DVD and Blu-Ray ...

The long winter - better as a complete package

If you want to continue following the HBO series this season and see what the long winter will bring, then you should secure the opportunity to book all episodes for the all-inclusive price of € 19,99. Because there will tend to be 10 episodes again, which if bought individually would amount to a total of € 29,90. Save the additional costs of almost 10 euros and treat yourself to the new episodes Game of Thrones in the best HD quality in German or in the original language in English:

GOT Season 7 (German / OV) Stream
Game of Thrones Season 7 as HD Stream in German or English. A new episode every Tuesday, according to the streaming provider Amazon Video. That means, tomorrow (August 15, 2017) there is a new episode of Game of Thrones, namely episode 5 Ostwacht, and thus the mountain festival of the penultimate round of GOT.
19,99 EUR
Buy it at Amazon Price includes VAT, plus shipping costs (updated: 14.05.2022 at 21: 13 clock)

The seventh season of will be released on December 14th, just in time for Christmas business (and winter of course) Game of Thrones on DVD and Blu-Ray in a corresponding box and as a steelbook. You can pre-order the Game of Thrones Season 7 DVD Box or Blu-Ray Box now and benefit from the lowest price, which will be discontinued until release: use the pre-order guarantee here.

Of course, the previously fully released seasons of Game of Thrones are also available for purchase. In order not to drag out the article any further, here is a corresponding list with the individual product pages. There you can choose between stream, DVD and Blu-Ray:

Summary of the series in 2:30 minutes

Do you want to refresh the past seasons of Game of Thrones in the shortest possible time to start the GOT season 7 stream right away? Then I have a video for you here, also as compensation for my nasty click-me headline. Within two and a half minutes, you will get the summarized content of the last chapters clearly presented:

GOT Season 7: Do you prefer to watch Sky on Mondays?

Since this morning Episode 5 of Game of Thrones Season 7 is of course already available on Sky, because this streaming provider holds the exclusive rights for the first stream release in Germany. However, I would tend to prefer Amazon Video. Not only because I've already had good experiences with it myself, but also because there was a lot of negative feedback about Sky: Failures in new episodes because the sever overloaded, poor audio quality because the encoding delivers a low bit rate, and on top of that user-unfriendly app for iOS ... then you'd better wait a day and stream Game of Thrones on Amazon Video;)