getDigital.de - The nerd and geek shop 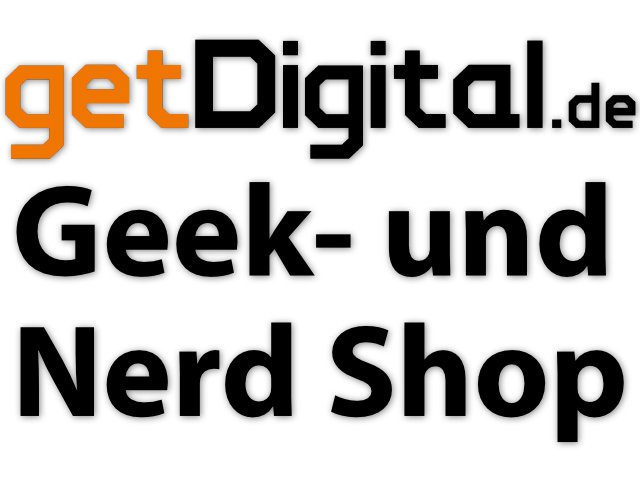 Amazon is all well and good, but if you are looking for the concentrated load of nerdiness, gadgets, shirts, gifts as well as everyday objects and decoration for geeks, then a shop specializing in this is better. One such nerd shop and geek shop is getDigital. There you can get decorations, toys, textiles, clothing, gifts, keyboards and much more. The topics are just as diverse: films, series, games, technology, science, and, and, and. Already on the home page You can expect top sellers, recommendations and current promotions - for Christmas, Black Friday and Co.

getDigital is a great online shop for nerds and geeks. The Geek Shop from Kiel not only has great products, but also fast shipping and support. Image source: getDigital.de

The getDigital online shop in detail

The getDigital online shop is an offer from Stern & Schatz GmbH from Kiel. Philipp Stern and Florian Schatz founded getDigital in 2002 after creating the website as programmers for various shop pages. Because they noticed that there was still no online trade in Germany or anywhere in Europe that was specifically aimed at computer freaks and other geeks or nerds. That had to be changed. Today the company from Kiel has roughly rounded up 30 employees and serves numerous customers from a wide variety of digital subcultures. It's not for nothing that getDigital is called Your Geek Stuff Supplier :D

Products in the getDigital shop

Regardless of whether you want to be inspired or look for specific products, getDigital's user interface is wonderfully suited for both. The menu not only leads you to the start page, but also to the following categories:

More than just shirts in the nerd and geek shop

As you can see, getDigital offers more than just funny shirts on various topics, on films, series, computer or console games and similar fields. You can even put it in your order Tetris pillow for the couch or the golden snitch Pack as a lamp for your Harry Potter showcase: D Of course, the best thing is the shipping and the support from Germany. While at Amazon you have to pay close attention and study the retailer information in order not only to benefit from the fast Amazon Prime shipping, at getDigital you know straight away that they operate from Kiel in Germany and that shipping is correspondingly fast and understandable at the same time Support can expect.

What are your favorite getDigital products?

Have you already enjoyed being able to register with getDigital and browse through the range? Or have you long been a customer in the nerd and geek shop full of cool shirt ideas, gadgets, devices, fan articles and other wonderful goods? Feel free to leave a comment with your opinion on getDigital and let me know which shirt, which gadgets and which other nerd products have already landed in your shopping cart!