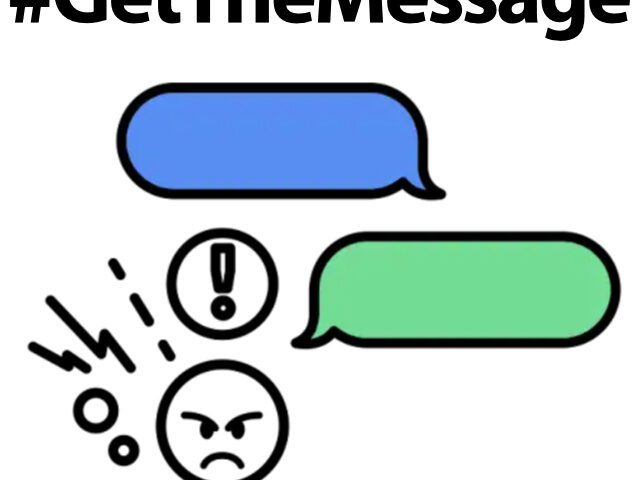 Google has one on the Android website new bottom set up, dedicated to the slogan get the message aimed at users of Apple devices. Because when communicating with Android devices, Apple continues to rely on SMS and MMS, while Android and other systems use RCS among themselves. The abbreviation stands for “Rich Communication Services”. This standard offers higher resolution photos and videos, better quality audio messages, sending larger files, improved encryption, emoji reactions, read indicators and sending over WiFi. Under #GetTheMessage, users should persuade Apple to switch.

Get the Message: Google requires the RCS implementation instead of SMS and MMS for communication between iPhone and Android devices from Apple. This is intended to improve the quality of media, encryption and the general user experience.

On the "Get the Message" website, the entry is prepared visually via the green and blue speech bubbles of iOS and Android. The text of the page then says, among other things (loosely translated): "It's not about the color of the speech bubbles. It's about blurry videos, broken group chats, missing read receipts and tip ads, no texting over wifi, and more. These problems exist because Apple refuses to adopt modern messaging standards for communication between people with iPhones and people with Android phones.“ – The solution to the problems shown is clearly formulated: Apple should get away from the technology from the 1990s and 2000s and adopt RCS on iPhones.

#GetTheMessage is intended to be used on Twitter for tweets @Apple

By linking the user name with an @ in front of it, you can address individual accounts on Twitter directly. Then there will be another one Hashtag like #GetTheMessage uses, the individual tweets belonging to a topic can be displayed together. On the “Get the Message” page linked above, Google repeatedly calls for tweets addressed to Apple to be sent with #GetTheMessage. This is not only intended to put pressure on the iPhone manufacturer - Google can also count the tweets and thus such advertising lines as "More than x users want RCS on the iPhone!' create for their appeal. In addition, advertising is made for Android and the news functions of the Google system.