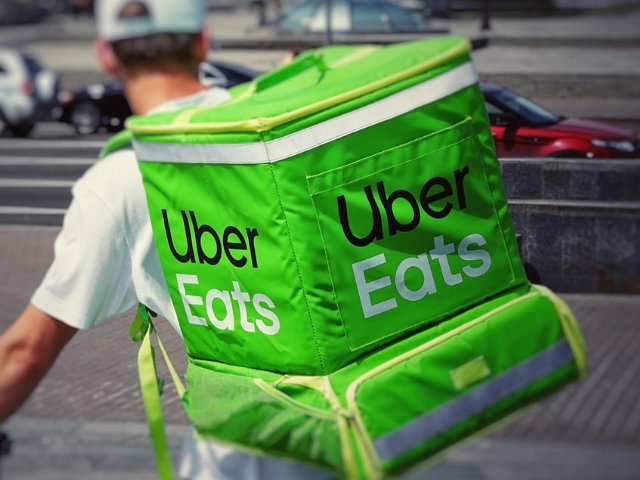 The term “gig economy” describes a modern form of work in which the self-employed, freelance workers or marginally employed people do work on demand. Uber drivers, Foodora deliverers, Airbnb operators and the like are tied to an online service that acts as an intermediary to the ultimate customers. There is often no proper employment relationship, just as there are no opportunities for advancement. But the competitive pressure is high. While the term gig, in English “appearance”, comes from the music industry, this work “digital day laborer” (FAZ) has nothing to do with artistic freedom.

Gig Economy - that means that self-employed or marginally employed people fulfill the tasks of intermediaries with their own resources. Delivering food, transporting people, charging batteries, writing texts; everything is on call.

What is the gig economy?

As described at the beginning, the gig economy is a part of the job market in which individual jobs (delivering food, transporting people, charging e-scooter batteries, etc.) are given to registered individuals at short notice. An online platform or its app serves as an intermediary between customers and service providers.

You can also work in this way from your home office when accepting orders via platforms for designers, copywriters, translators and so on. In addition to the digital tasks, there are platforms for craftsmen and cleaning staff, as well as orders and inquiries for down-to-earth work. And of course, there is also work on call in the blogger area, although self-employed copywriters have better qualifications than Deliveroo drivers, for example.

Who is the gig economy?

But who are the people who swing on their own bikes to deliver food? Who drives strangers from A to B in their own car? And who collects e-scooters at night in order to charge them for 4 euros each in their own home and then to set them up again? According to a McKinsey study, apparently 20 to 30 percent of the working population in the USA and some EU countries such as Germany. Students first come to mind; but also people who want to earn something in addition to their regular job.

According to the underlying survey, 70 percent of people working in the gig economy should do so voluntarily and without need. However, this means that 30 percent do a day labor job based on digital calls, because otherwise they will not be able to make ends meet. If you are lucky enough to be able to rent a free room or even an entire apartment through Airbnb at a location that is attractive to tourists, you can set your own prices. Those who deliver food or charge e-scooters have to put up with the platform's remuneration model.

Gig economy proponents see many opportunities; On the one hand for startups who choose this employment model for their service providers, and on the other hand for people who have a hard time getting into the job market. On the one hand, costs can be saved, on the other hand, money is earned - albeit comparatively little. In some areas, there are hardly any financial or health risks, as copywriters, designers, Airbnb landlords and the like can set their own prices and work from home.

But you can quickly see the risks if you look at other areas such as food delivery or passenger transport. And you don't have to be a critic of the gig economy for that. In these and other areas such as craft or building cleaning, the contractors need their own infrastructure (vehicle, smartphone, mobile Internet, etc.) as well as their own protection in the form of insurance for themselves, their vehicle, liability and so on. Can this be financed with the few euros you get from day labor?

And it is precisely from these and other points that the serious criticism of a working model arises, which with a few adjustments may even be seen as positive. Because those who are inadequately protected and poorly paid with the competition behind their necks find themselves in constant stress. In the “employment contract” or the agreed terms of use of the platform, there are also no say in the rules; There are no unions or a works council. Opportunities for advancement are also in vain, a wage increase is a matter of luck.

If you are interested in the topic, then hack "Gig Economy Statistics" or "Gig Economy Study" into it Search engine of your choice. I cannot and do not want to reproduce any content that can be found in this way. With reference to various surveys and studies, it says in a current one Items from iOffice that 36 percent of US workers are employed in the gig economy. If 63 percent had the chance to switch from their current job to employment as a flexible contractor, they would take it. In contrast, 55 percent of those working in this way stated that they also have a primary job.

So there are different views, prospects and opportunities - depending on how much you are concerned with the possibilities and in which area you are / would be active. Forbes shows that more and more people are accepting this type of employment (for whatever reasons) Post . The corresponding platforms have recently grown by 30 percent. Sectors such as finance, agriculture, education and construction are also represented.

How can the system be repaired?

Some of them can certainly start their long-awaited self-employment with the help of the gig economy and secure expertise that they can then sell on the job market. Others, or perhaps even most of them, remain at the same level and may not find a job outside of the employment opportunities on the online platform.

The more you get involved in the gig economy with your own resources, the more difficult it can be to get out of it. So what does it take? According to those who are in favor of the system itself, but see the current form as in need of improvement, the following: fair pay, a say and safeguards.

On the YouTube channel “BBC Newsnight” you will find the corresponding report “Ho to fix the gig economy”, which highlights problems and examines solutions. Here that Video:

You could write at least three times as much on this subject. But instead of going beyond the scope I have selected a few more sources for you. So if you are interested in the topic, then click through these posts, articles and videos:

Your experiences and opinions

In summary, one can say that gig economy is the term for a kind of hardcore outsourcing. Tasks are not assigned to external companies, but to individual contractors. What do you think? Do you have experience with it or are you even part of this labor market area? Feel free to leave a comment!