GLONASS satellite navigation system - all information about the Russian GNSS

What is GLONASS? How accurate is it? How does it compare to GPS? And are there alternatives? In this article you will learn all that and more. Read on for our unbiased review. If you're thinking of buying one of these devices, be sure to read our reviews of the best devices. And don't forget: There are also alternatives to GLONASS. 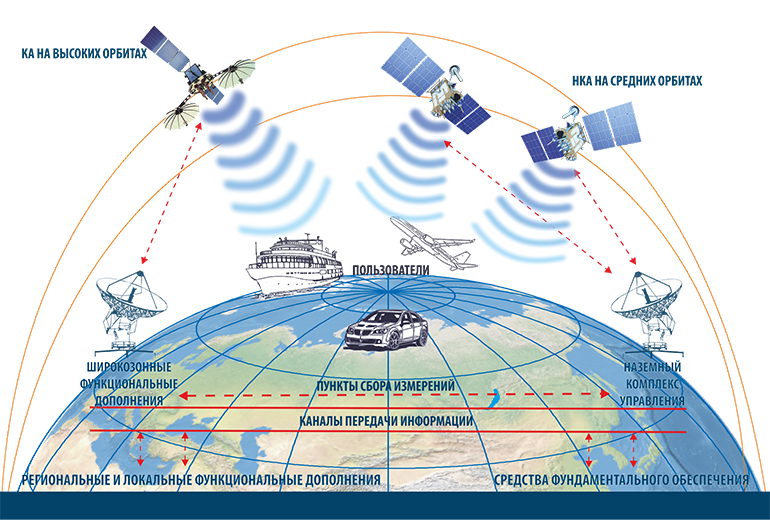 An infographic from the official GLONASS site. Source: glonass-iac.ru

It is a satellite navigation system operated by the Russian Aerospace Defense in the second half of the twentieth century. It provides precise location data and real-time positioning anywhere on Earth. There are twenty-one operational satellites and three spare satellites. The satellite constellation covers more than 99% of the earth's surface and offers a corresponding precision. The first satellite was launched in 1982 and became operational in 1993.

GLONASS uses different frequencies for different purposes. It uses C/A codes for standard positioning on L1 and L2 frequencies, while P-codes are used for precision positioning. In some cases you need to switch your satellite system to GLONASS for it to work. If that's the case, check the owner's manual for how to do it. The system is free for civilian users in Russia and the USA.

Russian Aerospace Defense Forces operate GLONASS – more on their homepage. It was originally developed for military purposes, but is now also used for civilian purposes. Since 2011, GLONASS has fully covered the Russian Federation and the whole world. GLONASS is not the only GNSS system in operation. Other GNSS systems include GPS, Galileo and BeiDou. All of these systems provide real-time position and speed information.

GLONASS is currently in its second generation and has a mass of 1450 kilograms. The first generation satellites had a lifetime of seven years, but the GLONASS-M satellites have been in service for more than seven years. The GLONASS satellites were a big improvement over the previous generation. They were taken to a much higher orbit. They are much more accurate than their predecessors. 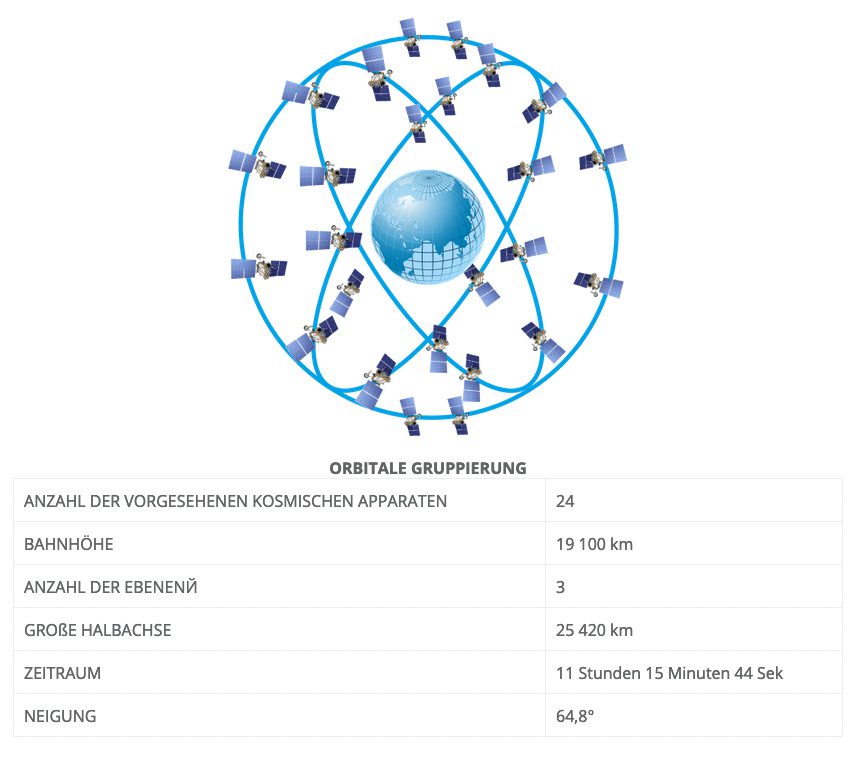 What is the accuracy of GLONASS?

GLONASS should be as accurate as GPS by 2011. There were problems with the system, e.g. B. bad atomic clocks on board, a lower accuracy of the transmission ephemeris and poor equipment of the users. Improvements in all of these areas helped GLONASS improve its accuracy and achieve 100% availability on Russian territory. This made it an excellent choice for navigation and timekeeping.

GLONASS, also called Global Navigation Satellite System, was developed in the Soviet Union. It is much more accurate than GPS at high latitudes and cost the Russian Federal Space Agency the most to develop, but its accuracy is still better than GPS. The system is still not used as an international navigation system, but it offers better accuracy than GPS. Still, GLONASS doesn't offer the same level of coverage as GPS, so it can be more accurate in some locations than others.

GLONASS is the second global navigation system after GPS. The first GLONASS satellite was launched in 1982, four years after GPS. The system has gone through three generations, but the third generation is not yet fully completed. GLONASS achieved global coverage with 1995 satellites in 24 and was fully operational by the end of 2011. The Russian Space Agency restored the system in the late 1990s after it was in decline. 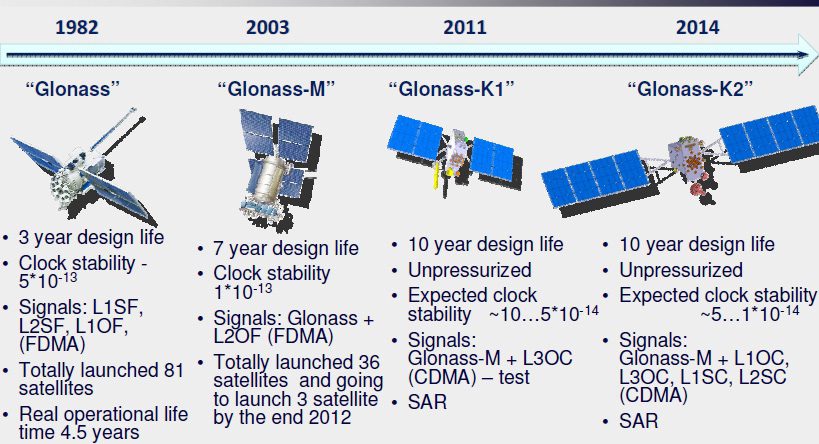 Although GPS has better global coverage than GLONASS, both systems have their own advantages. GPS is more accurate with an accuracy of about two meters. GLONASS is more useful in northern latitudes and can be used where GPS signals are weak. Both systems can track your location even if you are in an area where GPS is not as strong as GLONASS.

The main difference between GPS and GLONASS is the speed of data transfer. GLONASS satellites transmit data at only 50 bits per second, while GPS satellites can only transmit a maximum of four megabits per second. This slow speed causes a delay in receiving location information from a mobile device. To compensate for this problem, the A-GPS system uses assistance data sent from a wireless network at a speed of 100 Mbit/s or more. This higher speed allows for better accuracy. Also, the clock data sent by the GPS satellites is sent in frequency and clock offset format, making it possible to calculate the time difference between each GPS satellite.

In the northern and circumpolar latitudes, GLONASS is superior to GPS. It's better in places with little or no vegetation because it doesn't resonate with earth movement and doesn't need additional correction. The Russian satellites are better suited for navigating the Arctic and the Russian Northern Fleet operates in this region. While GPS is widely available and more accurate, GLONASS is better suited for the northern parts of Scandinavia.

The Soviet Union first put GLONASS into orbit in 1976, and today it accounts for more than a third of the Russian Space Agency's budget. In the first few days, GLONASS was only used for weather positioning, speed measurement and timekeeping. However, it was soon recognized that the technology had a wide range of commercial applications. The system was fully commissioned in 1993 and today has a total of 24 satellites. 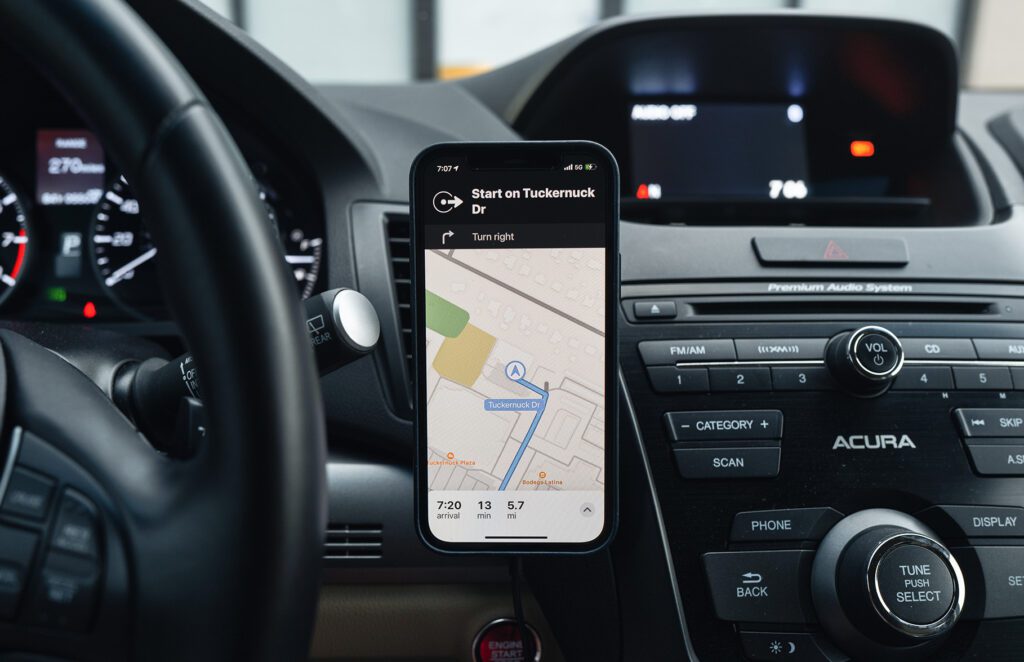 The GNSS in smartphones usually use multiple systems such as GPS, and GLONASS to improve accuracy.

If you are looking for a good alternative to GPS, GLONASS is one of the best out there. The Russian Aerospace Defense Forces maintain the GLONASS system, which provides real-time location and speed determinations. Developed in the 1970s, GLONASS first became operational in 1982, four years after the US began operating its GPS satellites. The constellation of GLONASS satellites covers 100% of Russian territory and has 24 active satellites.

GLONASS began as a project in the Soviet Union in 1972. The political situation in the Soviet Union made it difficult to implement this system, and many satellites failed almost immediately after launch. By the time the Soviet Union collapsed, only 12 GLONASS satellites were operational. The Russians continue to launch new satellites, but the success rate is low. The GLONASS program was thought to be a hoax for decades, and it wasn't until the Russians took it seriously in 2001 that it became a serious technological entity.

GLONASS has many uses for the military, including vehicle navigation. The Russians have used this satellite in various high-speed scenarios, including for ballistic missiles. It also enables roadside assistance and road tax collection. Most tracking devices now support the simultaneous use of GPS and GLONASS, which can significantly increase their accuracy and range. The Russian government is also considering using GLONASS to better track the location of emergency services.

Rebuilt by the Russian Federation after the Cold War, GLONASS now has 29 operational satellites, one of which has passed its sell-by date. The Russian GLONASS satellites are in orbit and their signals are similar to GPS. The latest generation of GLONASS satellites are even comparable to GPS and are widely used. However, if you are in the north, you will find GLONASS to be the most practical.