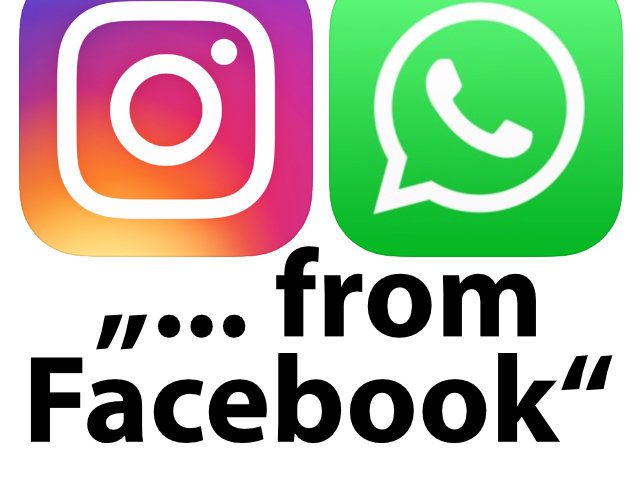 Mark Zuckerberg's Facebook group not only offers the blue social media platform and the associated messenger, but also other websites and apps. These include the Instagram photo service since 2012 and the WhatsApp instant messaging service since 2014. These should now be given an addition to their name in 2019, which shows that they belong to the parent company. The new names: “Instagram from Facebook” and “WhatsApp from Facebook”. According to one Post at t3n, the renaming can be seen as a political statement.

Instagram from Facebook and WhatsApp from Facebook - with the name adjustment, the balance of power is cemented internally. However, users can now see better who they are entrusting their data to.

With reference to a Articles bie The Information reports, among others, Spiegel Online (right here) about the name change. A press spokeswoman for the Zuckerberg Group is said to have given the reason that “more clarity about the products and services” that are part of Facebook should be created.

Internal confusion is said to have arisen among the companies concerned when the news about the new names “Instagram from Facebook” and “WhatsApp from Facebook” leaked. Because it's a sign. It shows that the two platforms will continue to be networked with Facebook and lose their apparent independence.

Founders are no longer there

The founders of the once independent platforms said goodbye to the Facebook group as early as 2018 after differences of opinion. The course of Instagram (from Facebook) and WhatsApp (from Facebook) is now only determined by the mother ship with the "f". And accordingly there is now also the name adjustment.

As already mentioned, this is not only a sign of the determination of membership, but also a clear statement. Because, among others, Chris Hughes, the co-founder of Facebook, wants the group to be split up and its power in the field of social networks and global communication smashed. I already have that right here reported.

I don't know whether there will be changes, adjustments or even redundancies internally due to the merging of departments. That's why I can't give an opinion on this either. But I think the external impact that “Facebook” can have is good in a certain way. Because even if the two platforms mentioned have been part of the f for years, many users often do not know that.