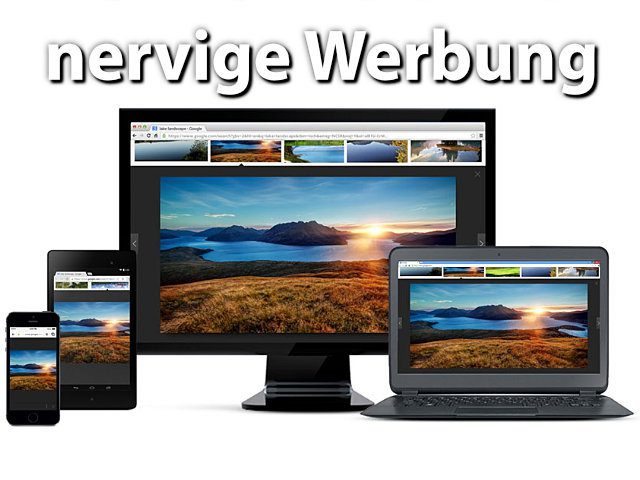 Since yesterday there is a native ad blocker in the web browser Google Chrome, which is supposed to block advertising on websites. But why is the advertising company Google integrating such an advertising block in its browser? The answer lies with Better Ads Standard and Google's way of retaining advertisers.

A native ad blocker in Google Chrome is supposed to block advertising in the browser - but doesn't the company block itself by doing this? You will find information and answers below!

Ad blocker in Chrome: is Google blocking itself?

For many companies and website operators, Google is an important provider of advertisements and advertising space on the Internet. From sponsored search results to banners for websites and the like - the name of the web company no longer only stands for the search for information, but for a web-holistic business concept. So is Google biting into its own flesh with the ad blocker in the Chrome browser? No, because only those advertisements that do not meet the “Better Ads Standard” are filtered out. Annoying popups, overlay videos, countdown advertisements and fixed advertising frames that don't disappear even when scrolling - these are now blocked directly by Chrome on the desktop computer.

The “Coalition for Better Ads” also provided examples of non-standard advertising for the mobile Internet on the website linked above. In addition to the examples already mentioned for the desktop, this includes full-page scroll-over advertisements, flashing or wildly animated ads and so on. What Google is trying to do with the native ad blocker in the Chrome web browser is not necessarily to block advertising on websites per se, but to enforce a better standard for advertisements. Not a stupid approach that also works to some extent to the advantage of the users.

The advantages for the user of the native ad blocker in Google Chrome are the less annoying advertising. The fact that 100% of the advertising is not blocked, but that the standard-compliant one is allowed to stay, is a neutral and not completely negative point. The biggest negative point for me is that companies are working on the aforementioned standards for better advertising, which is disseminated by Google, and that users only consult statistical data. An organization representing the users or an institution like the CCC are not directly involved. If you want to find out more, check out the Better Ads Standard website linked above; a message about the new ad blocker in Google's blog Is there ... here.