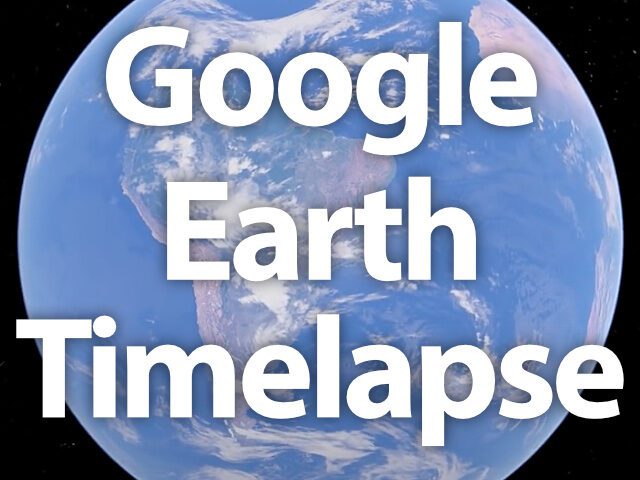 An extensive update for Google Earth was presented yesterday. You can now use the timelapse function on the website of the interactive globe as well as in the app. This ensures that a temporal course and thus the (man-made) change in some regions can be shown. The expansion of cities, the deforestation of the rainforest, the melting of ice surfaces and much more can be observed. Google has published several videos about this and enables users to create their own videos using Google Earth. You can find details on this in this post.

Google Earth Timelapse: The Earth over the decades

Depending on the region and the image material available to it, several years to several decades of development can be shown. From the continent with several countries to the individual city, changes can thus be observed, which are not infrequently based on human intervention. You can try it out for yourself on the Website of the offer or with the App for iOS and iPadOS. According to the Video As an update, for example, the deforestation of the rainforest in Brazil or the growth of Dubai including the backfilling of the Palm Islands can be observed.

Playlist with timelapse effect: Our Cities, Our Forests and Our Oceans

The video shown above is part of a playlist on the Google Earth channel on YouTube. In addition to “Exploring Timelapse in Google Earth”, it currently offers three more specialized videos. These take a look at cities, forests and the sea. The playlist can be found with this link. Have you already tried out the new feature on the website or in the app? What developments did you look at over the years and decades? What did you notice positively or negatively? Feel free to leave a comment with your experiences :)