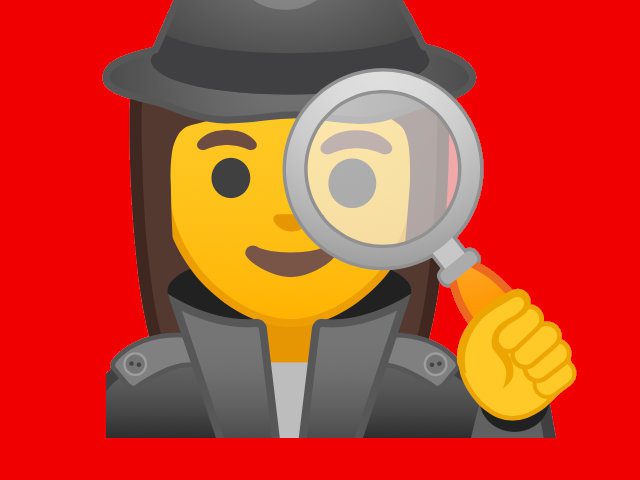 If you use the Safari browser on iOS on the Apple iPhone to surf the Internet, you can access the camera of the Apple smartphone directly from this app. Google is coping with this fact Emoji Scavenger Hunt take advantage of a kind of scavenger hunt in which emojis are displayed whose real equivalents you have to search for in a given time and bring them in front of the camera. An artificial intelligence (AI) with a neural network then compares the similarity and evaluates whether you are correct or not. What sounds funny, I find rather questionable.

Emoji Scavenger Hunt by Google is not just a free game for the browser and the iPhone camera, but an experimental learning unit for Google's AI. But do you want to feed their neural network with photos from their private surroundings?

Without self-interest, Google will not have brought out the game in which one is supposed to reconcile symbols and real-life objects. As a little fun in between that can be called up directly in the web browser of the smartphone, Emoji Scavenger Hunt may be funny as a scavenger hunt in the home or office, but above all probably a large-scale learning unit for Google's AI. If the object is found, from the clock via the "thumbs up" to the stacks of books, a photo / screenshot is created - it ends up on Google; what is done with it; and what does the note "This is an AI Experiment" mean in detail?

Recommended reading: Facebook AIs develop their own language - researchers have to intervene

Via the Safari browser, Google accesses the game that you are under emojiscavengerhunt.withgoogle.com can call, so to the camera of the Apple iPhone. This is basically nothing special or new, since access to the camera through Safari is a standard function when using the Apple smartphone. Perhaps you will soon notice the camera button in the address line, which you can tap and thus deactivate. This is how you stop live streams that you deliver via the browser. I personally don't have to try the whole thing and test the Google Play and the camera button in Safari. Google already knows enough about me even without a live stream from my home;)