Googling or google - how do you spell it correctly? 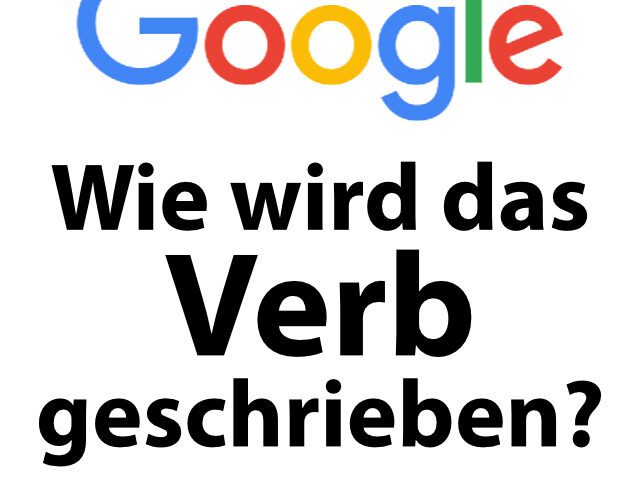 Searching for something on Google or using a search engine in general - a term has been Germanized for this. But how is the verb that describes research on the Internet written? Is it googling or googling? Here you can find the answer and some interesting background information.

What is the correct spelling of the verb that means "search the internet"? Is it googled or googled according to the Duden? You can find the answer here.

Do you google or google?

The assumption that you write “google” naturally comes from the fact that the name of the search engine is Google. There is the e behind the l. However, the verb formed from it, which is mostly also used for the use of other search engines (bing, DuckDuckGo, etc.), has been Germanized. This means that the use of Google is written “googling”. This is how the term is also used in the dictionary: Source. Interestingly, the e, which is the confusing thing about the whole spelling, is mute in the official phonetic spelling: [ˈɡuːɡl̩n].

Googling - this is how the noun verb is written. However, the inflection of the verb is a bit tricky. Because you can write “I google” just as much as “I google”. This is probably due to the root of the word, i.e. the name of the search engine, as well as the German pronunciation, which produces the two versions depending on the use of High German or dialects. Here is the complete overview of the inflection of the verb googling:

As you can see, it not only sounds similar, but is also formed in exactly the same way as "gurgling": D Perhaps you can remember the spelling of googling (not googling) with gargling as a donkey bridge? If you have another reminder, please leave a comment;)

Usage: What does it mean to google something?

According to the Duden page linked above, googling is defined as "Search and research on the Internet with Google®". Examples of use are "I google it quickly"And"he had Googled her name for information“Stated. As I know it, it is also used for many other types of Internet search, whether on the alphabet search engine, on bing, on DuckDuckGo, on Yahoo or even on YouTube or Wikipedia. Two more little fun facts that I also stole from the dude's page: Googling was in the spelling reference work for the first time in 2004; and it is part of the B1 vocabulary of the Goethe-Institut.