GoPro Hero 6 Black is out! 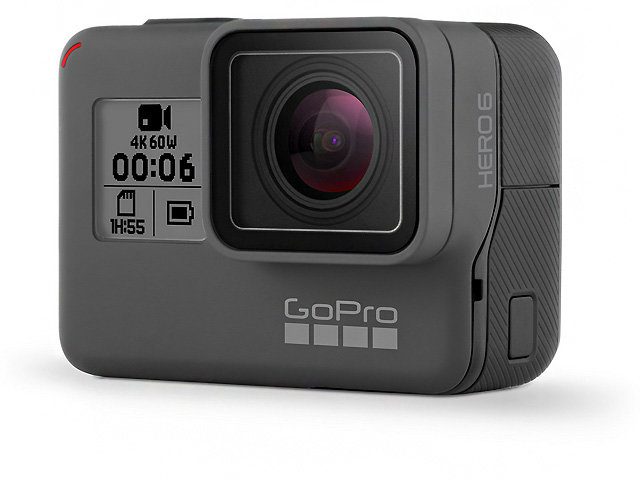 The new action camera GoPro Hero 6 Black is out, and it brings a ton of new specs and features. If you are interested in the technical data, the range of functions, the price and the sources of supply for the manufacturer's new action cam for professional outdoor cameras, then you've come to the right place. I have compiled all the relevant data and information about the new GoPro Hero6 Black for you.

The new GoPro HERO 6 Black action and outdoor camera is out. Its own GP1 CPU, touch zoom, HDR photos and 4K videos with 60fps are among the specs.

The new GoPro Hero 6 Black Compared to its predecessor, the GoPro Hero 5 Black should bring twice the performance in terms of video recordings. Thanks to the connection via Bluetooth or WLAN, the photos and videos of the new Action Cam are also quickly on the iPhone, MacBook or in the cloud. The most important new features are the optimized GP1 CPU, touch zoom, voice control and the ability to take HDR photos. In addition, and this is probably even more important in practice, the video stabilization of the GoPro Hero 6 Black has been improved.

Comparison with the previous models

Photo and video: possibilities of the GoPro Hero 6 Black

The design has not changed compared to the previous model. As you can see in the table, however, there are some innovations in the new GoPro flagship with regard to the inner workings. I would like to briefly show you what options you have in the areas of photo and video with the GoPro Hero 6 Black:

If you want to know more about the technical data of the GoPro Hero 6 Black, about its functions and possibilities or about the individual voice commands with which you can operate it, then take a look at Cam for Pro past. In addition to the action cam, you can also view and order the appropriate accessories there. A little tip for collectors: your accessories for the GoPro Hero 5 Black also fits the new flagship of the manufacturer;)