Gurman Prediction: Next Mac Pro could have an "M2 Extreme" chip 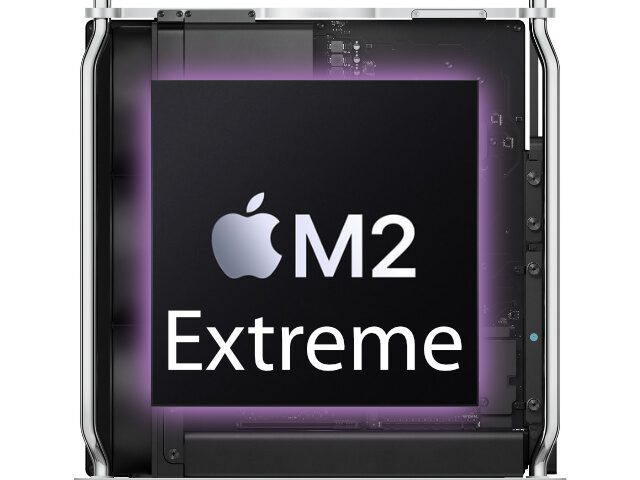 A new Mac Pro with the M1 chip is said to have been ready for delivery in Apple's warehouses this year. However, the announcement and sale are said to have been postponed in order not only to be able to use enough chips for other devices, but to later equip the Mac Pro with the "M2 Extreme". Mark Gurman, a Bloomberg journalist and often right Apple analyst, revealed this leak in an interview with the YouTube channel Max Tech. In his opinion, the M2 Extreme could be composed of two M2 Ultra chips.

The often correct Apple analyst Mark Gurman, who works for Bloomberg among others, talked about the next Apple Mac Pro in an interview with Max Tech, among other things. In addition to an option with an M2 Ultra, this could also be equipped with an M2 Extreme. Image: YouTube / Max Tech; Montage: Sir Apfelot

In the just over 45 minutes long Video of Max Tech various things are discussed with Mark Gurman. The passage about the Mac Pro allegedly planned for WWDC22 and perhaps still to be expected at the end of this year is comparatively short. However, this snippet of conversation goes well with the rest of the interview, which, among other things, deals with the problems with the current M2 MacBook Air (such as the heat dissipation that needs improvement), coming chips with 3nm architecture, the M2 Pro and M2 Max as well as other topics and devices.

As for Apple's discontinued Mac Pro, Mark Gurman claims it should come with some version of the M1 chip (M1 Ultra or even two of them). Most likely, it should be presented as part of the World Wide Developers Conference 2022, which took place in early June. The new plans now envisage a presentation at the end of the year and a market launch in spring 2023. That's quite interesting information, but it's only a rumor at first. Whether and when a new Mac Pro with Apple Silicon will come onto the market remains to be seen.

Apple M2 Chip: These are the possible stages of evolution

The possible development of the M2 chip, which was presented during the WWDC22 keynote, could correspond to the further development of the M1 chip from 2020 and 2021. After the basic version, a Pro and a Max version could be released for a new generation of MacBook Pros. For the Mac Studio there could then again be the option of an M2 Max and an M2 Ultra, which is composed of two Max chips. The Mac Pro still needs to deliver more power, so there could be options for an Ultra and an Extreme version, with the M2 Extreme being made up of two M2 Ultras, making four M2 Max: