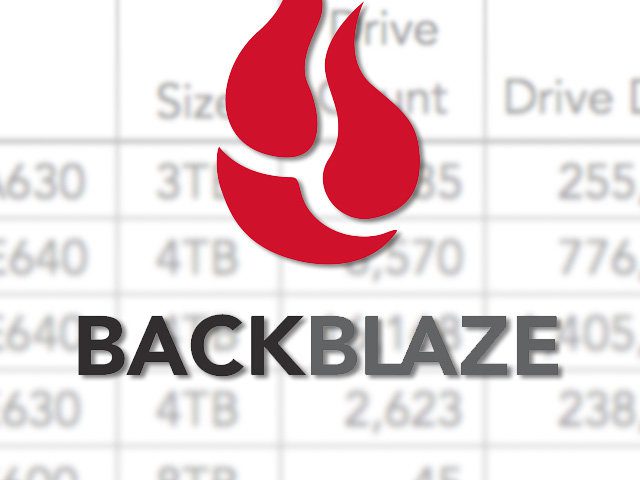 Who more often Sir-Apfelot.de If you stop by or have already subscribed to the newsletter for a long time, you will know that the hard drive failure statistics from the backup service Backblaze are regularly examined here. Last year, I took a look at the most fail-safe and, on the other hand, most fail-safe hard drives from 2015 and 2016 for you the best hard drives for NAS and RAID systems showcase. And in June of this year there was an overview of the most reliable hard drives in Q1 / 2017. Now the figures for Q2 / 2017 are ready, which I would like to take a quick look at with you.

I took a look at the hard drive failure statistics Q2 / 2017 from Backblaze for you. Conclusion: The backup service is becoming more and more reliable and some very good storage media are also available for end users at Amazon.

The following table from the original article on the hard drive statistics Q2 2017 by Backblaze shows that the Hard drives from the manufacturer HGST show the same or lower failure rates. In a long-term comparison, the HGST drives are becoming more and more reliable. But also hard drive models from Toshiba and WDC (Western Digital) are just as or less prone to failure than before. At Seagate, the 6TB model ST600DX000 was the only large memory that failed more frequently than in the previous measurement period. In short: Backblaze continuously optimizes its cloud storage for professional backups. 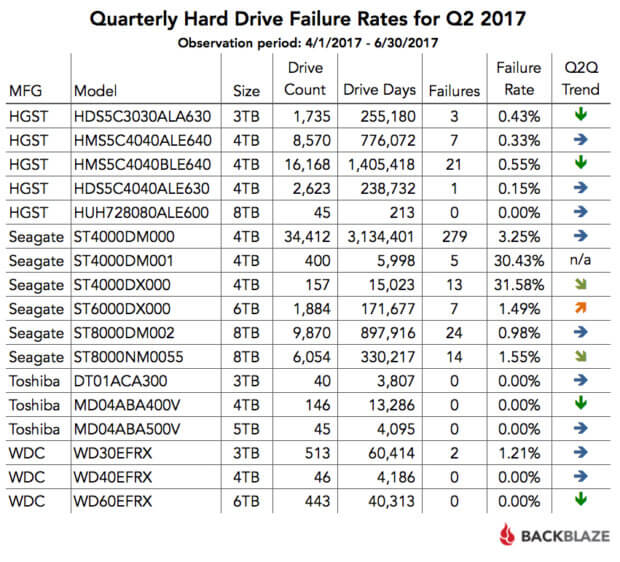 Overview from the provider's blog. Just click to enlarge;)

Failure rate of 0% for these storage media

As you can see from the overview, there are some models that have a failure rate of 0% over a period of three months. Here is a list of the individual hard drives with reliable storage in continuous operation and - if available - the corresponding purchase link to Amazon:

Backup for the Mac in the cloud

From personal experience, Backblaze is often mentioned here in the blog as a provider of professional, fast and secure backups. The service is also and especially worthwhile for use with the Apple Mac, iMac or MacBook. You can find information and offers at Backblaze.com. If you have so far CrashPlan have used and are looking for an alternative, then there is in this post Arguments for Backblaze. If you are looking for a memory extension or external storage for backups that you can use (permanently and without cables if necessary) with Apple MacBook models up to 2015, then take a look this post about matching memory cards