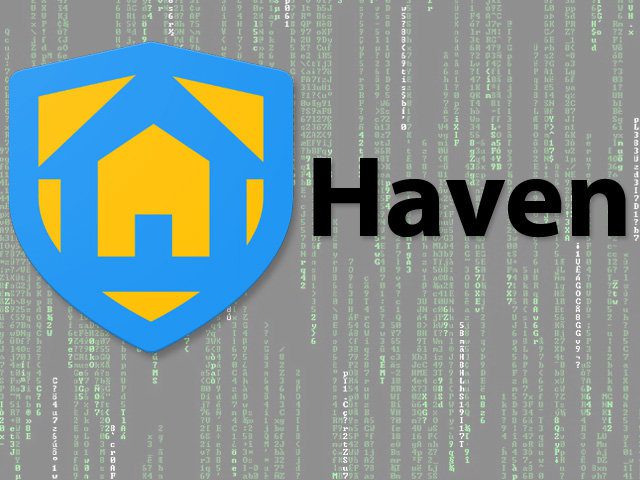 The new Android app Port from The Guardian Project and the Freedom of the Press Foundation, in collaboration with Edward Snowden, aims to turn smartphones into surveillance systems. For this purpose, the individual sensors, cameras and microphones are used so that the smartphone can react to any change in the room or its position. A contact or the second device is then informed of changes via encrypted messages (Signal Messenger, Tor Network, etc.). The Haven app is intended primarily for journalists, human rights activists and people who run the risk of being forced to disappear from the scene. 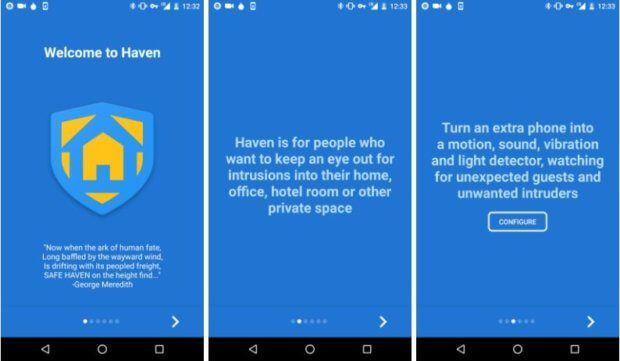 With the Haven app you can convert an Android phone into a surveillance system. The sensors, cameras and microphones register changes and this is then communicated to the second device.

Haven was developed as an app for Android smartphones through the collaboration of the Guardian Project and the Freedom of the Press Foundation. A prominent representative for the app is Edward Snowden. Among other things, the app will be officially presented at GitHub.

How does Haven work?

Haven accesses the individual sensors, cameras, microphones and the like that are built into an Android smartphone. As a result, changes in the room (ambient light sensor, vibrations, etc.) as well as unauthorized use of the device (camera, acceleration sensor, gyroscope, etc.) are detected. These changes can then be communicated via the Tor network, the Signal messenger app, via SMS and other channels. Either the editorial staff of the journalist is informed or / and the journalist receives a message on his two device. In this way, not only can the person themselves be monitored, but also their accommodation, equipment and so on. If someone tampered with it, this will be recognized - possibly including a picture / video of the attacker.

Monitoring for private individuals too?

Now you can of course monitor your house, apartment, office, expensive photo equipment in the studio and so on with all these things. But especially in the private sector, you should perhaps make sure that monitoring only takes place at the necessary times. Permanent monitoring, especially with rather insecure Android smartphones, can also quickly call criminals on the scene, who gain access and have the recorded data of the Haven app put through to them. Especially those who want to use their old Android device as a monitoring system will run the risk of someone tampering with it from the outside due to the probably outdated operating system.

Snowden app also for the iPhone?

Anyone who develops apps themselves and / or knows a little about them will have guessed that an app that accesses so extensively the device, its hardware and software is not available for iOS. The solution from the makers of the Freedom of the Press Foundation and the Guardian Project: Simply buy a cheap Android phone for under $ 100 and have the messages, pictures, videos and warnings from the Haven app installed on it sent to your iPhone. Certainly not a bad idea if you want to monitor your office, holiday home, apartment during your vacation or your equipment at an event. But definitely not the perfect idea either.

Additional apps may be required

For access via the second device in particular, you need access to the Tor Onion Service on the corresponding mobile phone, which is made possible, for example, with the Orbot app. In addition, you can use the Signal Messenger to receive encrypted messages about the activities around the Haven smartphone or with the same. You can find all information on the GitHub page, which I linked above. You can also find the beta version of Haven for download in the Google Play Store. There you will find further information and details as well as other apps from The Guardian Project at the end of the page.

The idea behind the Android app Haven is not bad and especially for people who stand up for the truth, good values ​​and justice and who unfortunately put themselves in danger. These people can act a little more safely with the appropriate use of the app; or their disappearance is more likely to become public, which also brings about timely countermeasures. In the more private area of ​​use of Haven, you should know that the app really detects all changes and that Android (especially the older versions) quite a few security holes that unintentionally attract third parties. As a temporary and comparatively inexpensive alternative to the monitoring system, Haven is worth considering if the points mentioned are observed.