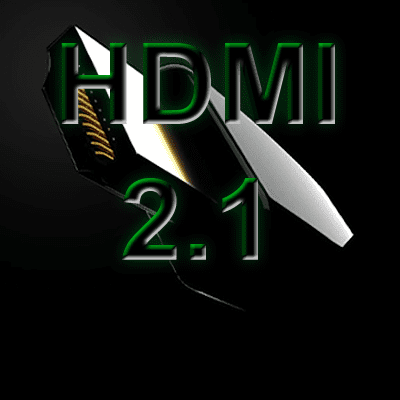 HDMI 2.1 is the new one on the CES 2017 presented standard for digital image transmission, which brings Dynamic HDR, 4K with up to 120 fps and 8K with up to 60 fps. Everything you need to know about HDMI 2.1, what compatibility exists, how the innovations affect films, video games and television; I have prepared all of this for you.

When will HDMI 2.1 be launched?

The new technology for image and video transmission was presented on January 4, 2017; on the one hand at CES 2017, on the other hand also through a HDMI Association press release. The latter shows that the HDMI 2.1 standard should be available for end users from the second quarter of 2017. Whether there will then be enough compatible devices and cables that can be bought from April 2017 remains to be seen. I think that players as well as cables and TVs with HDMI 2.1 could be available for the upcoming Christmas season so that you can put together a complete set. 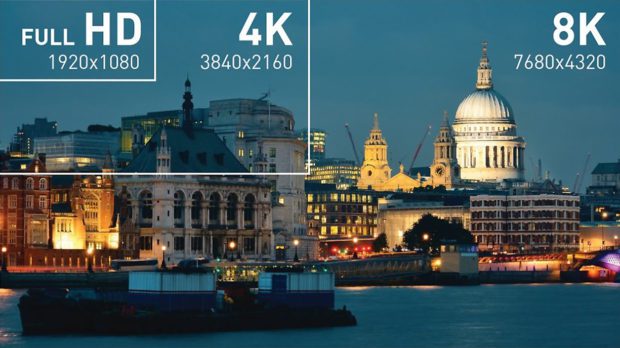 But what changes, innovations or innovations on the market for moving images does the presented technology bring? How should the enjoyment of multimedia content improve? Here I have summarized the individual points for you so that you can get an insight: 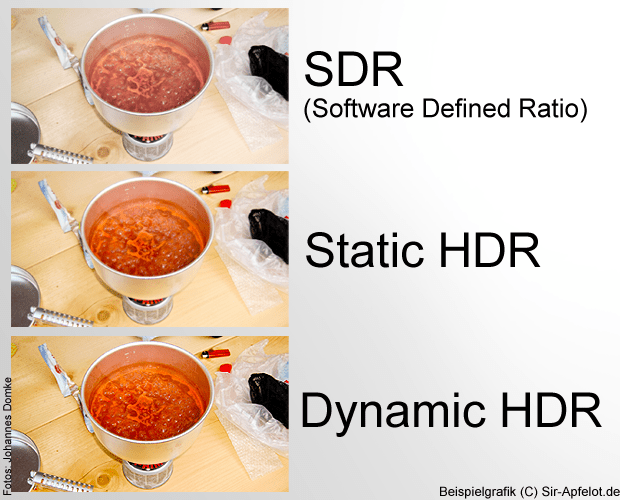 Dynamic HDR is made possible by HDMI 2.1. Here is a comparison image (example graphic) of SDR, Static HDR and Dynamic HDR.

Yes, the new HDMI Standard 2.1 is compatible with devices and cables for the HDMI 2.0 standard. In other words: if you have an HDMI 2.1 TV or DVD or Blu-Ray player, but only an HDMI 2.0 cable for the time being, then you can still watch films. The other way around, you can connect 2.0 technology with a 48G cable of the 2.1 standard. The only downside of the whole thing: if you are looking for the best standard and 8K films (e.g. Guardians of the Galaxy 2), you have to pay attention to the HDMI 2.1 standard for every element of the device chain. 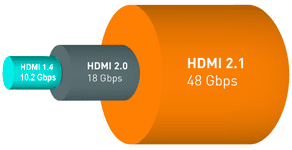 There has been a noticeable leap in the transmission rate of HDMI cables from the 2.0 standard to the new 2.1 technology. The individual values ​​are clearly listed here:

Can devices also get HDMI 2.1 via software update?

This is quite conceivable for televisions as well as for players and game consoles. Whether the manufacturers of Smart TV devices that are connected to the Internet will roll out an update, however, cannot be foreseen. For consoles, an update to HDMI 2.1 via software patch is more conceivable, but should not be guaranteed here either.

Your opinion on the new Ultra-Ultra HD television, gaming and more

Do you already use 4K media? Do you stream in high resolution and pay attention to UHD Blu-Rays when buying films on data carriers? Or are you just waiting for HDMI 2.1 technology with 8K support, Dynamic HDR, eARC Audio and VRR Game Mode to come onto the market? What would you be willing to pay for a complete set for the home theater or the gaming cave? Feel free to leave a comment! :)

Unless otherwise stated, all images or background graphics are from hdmi.org.