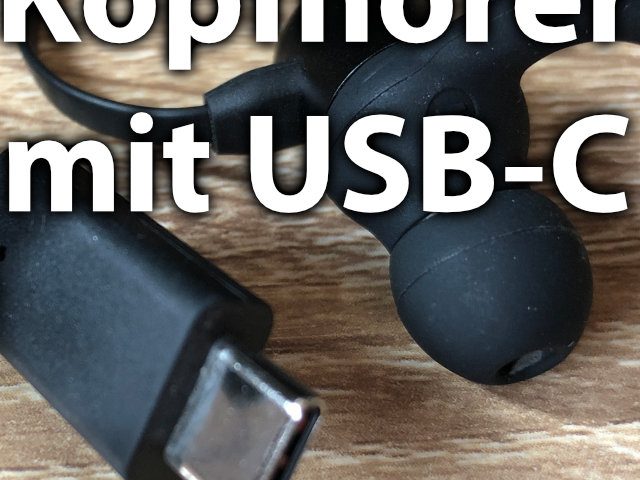 Devices that output audio but do not have a jack or AUX connection usually use the USB output for music, video sound and the like. On the Apple MacBook Pro / Air and the current Apple iPad Pro, for example, this is achieved via a USB-C connection. Various Android smartphones and tablets, Windows computers, laptops and so on also offer audio output via USB-C. What is more logical than headphones with a USB-C port? In the following I have summarized the Amazon bestsellers and other practical accessory products for you.

Here you will not only find the best headphones with USB-C connection according to Amazon, but also other accessories for Apple MacBook Pro / Air and Apple iPad Pro 2018.

First, I would like to briefly discuss the possibility of connecting an adapter to the Apple iPad Pro 2018, for example. Not only the original USB-C to jack adapter from Apple can be used for this. Some splitting devices can also be used, but not all. Which works and which alternatives are available, I have summarized that for you here: USB-C to AUX adapter for the iPad Pro. There are of course many more accessories, docks and dongles for the USB-C or Thunderbolt 3 connection on the MacBook. You can find a selection of devices and test reports by means of this link.

Here is the Amazon bestseller list, which always shows you the hottest headphones with USB-C connection. The list of headphones with a good price-performance ratio and 4 to 5 star customer ratings updates itself so that the current recommendations can always be seen:

There is currently a bit of confusion about different USB standards and data transfer protocols. For example, the USB 3.1 standards, one of which was previously called 3.0, have been converted to 3.2 standards. Since Intel has also passed its Thunderbolt 3 specifications to the USB Implementers Forum and thus made it free, this standard will be converted into USB2019 in the course of 4. You can find details and key figures here: