How far is Mars from Earth? 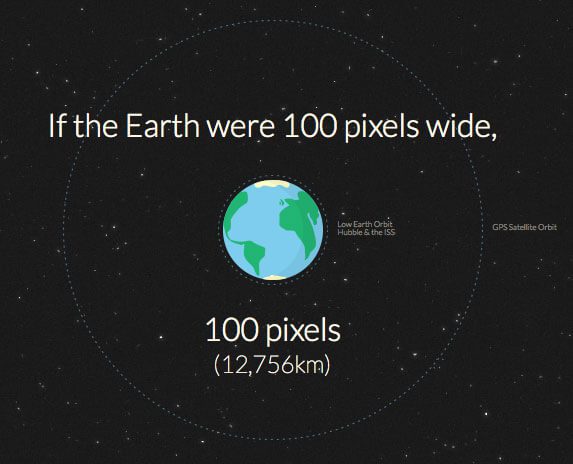 The question doesn't sound particularly spectacular at first, because the facts are written together quickly: The earth has a diameter of 12.756 km. With a diameter of 3.474 km, the Moon is on average 384.400 km from Earth in its orbit. With Mars, the numbers are clearly different, because its diameter is only 6.778 km and its shortest distance to Earth is 227.990.000 km.

With a virtual flight you can get an impression of how far Mars actually is from Earth. A nice idea!

So that you can get a rough impression of these conditions, two resourceful designers have a small website that interactively represents these distances by shrinking the earth to 100 pixels and then making a flight at 3 times the speed of light (in this case 7000 pixels per second) to the moon and Mars.