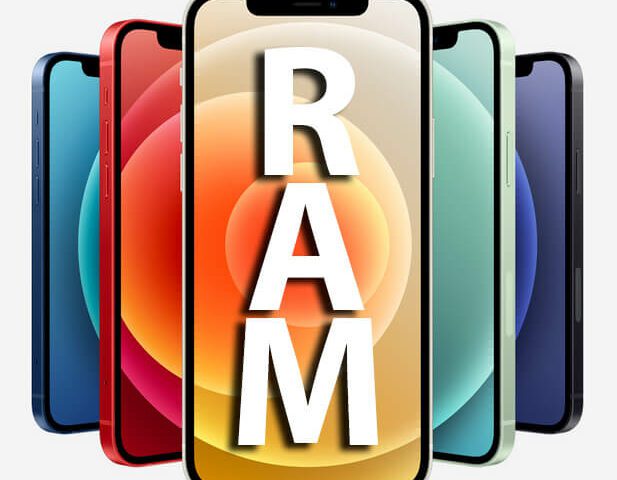 If you look at the Apple product pages, you will only find information about the working memory (RAM) on Macs. When it comes to iPad and iPhone models, the manufacturer from Cupertino likes to remain silent about the amount of built-in RAM. But as soon as the devices are on the market, of course it comes out which model has how much memory.

In the following list you will find information on how much RAM is in the individual models: 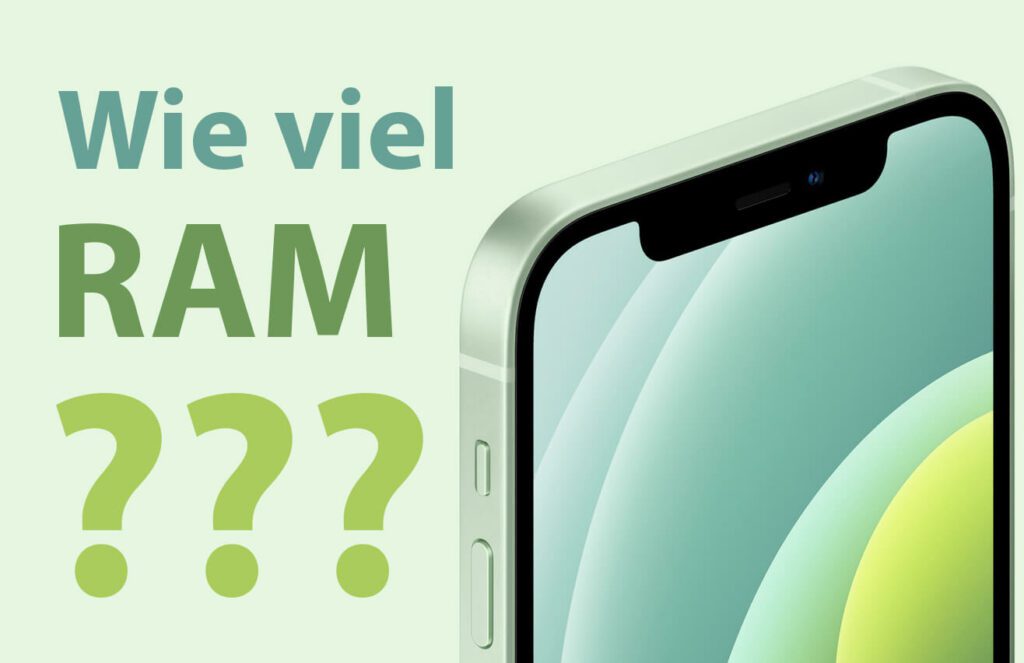 If you want to know how much RAM the iPhone 12 has in different versions, you've come to the right place.

Difference Between Memory and RAM

The abbreviation "RAM" stands for "Random Access Memory" - in German: Random / direct access memory. Although this is also the case with normal flash memory, the main memory is much more directly connected to the CPU and therefore much faster. At the same time, it has the "disadvantage" that it cannot back up the data without a constant power supply. If the power supply is removed from the RAM, all data is gone.

In the case of a memory such as that found in an SSD or a hard drive, the data is also stored without a power supply. For this reason, it is also used as storage for photos, videos and apps on iPhone and iPad or in Macs.

The iOS system is known for using significantly less RAM than Google Android. For this reason, the memory configurations of Android smartphones cannot be compared with those of Apple smartphones.

For example, in the following video you can see an iPhone 6s + with 2 GB RAM compared to a Samsung A70 with 6 GB RAM. Despite less RAM, the iPhone is in most cases faster than the Samsung, although it can no longer have the apps (from min. 3:13) in the RAM and has to restart

So why more RAM in the iPhone 12 Pro?

Apple has installed 12 GB of RAM in the iPhone 6 Pro models, while the other models (iPhone 12 and iPhone 12 mini) have to make do with 4 GB. Why is Apple giving the Pro models more RAM when the iPhones are already fast even with little RAM?

On the one hand, more RAM means that the devices can keep larger files in the main memory, which can help when editing videos, for example. At the same time, more programs can be kept in the background in the memory, so that more background processes are possible and apps that are already in use can be started much faster from the RAM than if they have to be loaded from the flash memory.

Apple assumes that the iPhone Pro models are more likely to be used for editing videos and photos and would like these users to work faster. In addition, the Pro models with Apple ProRAW and the HDR videos with 10-bit color depth generate larger files, which also require more RAM. 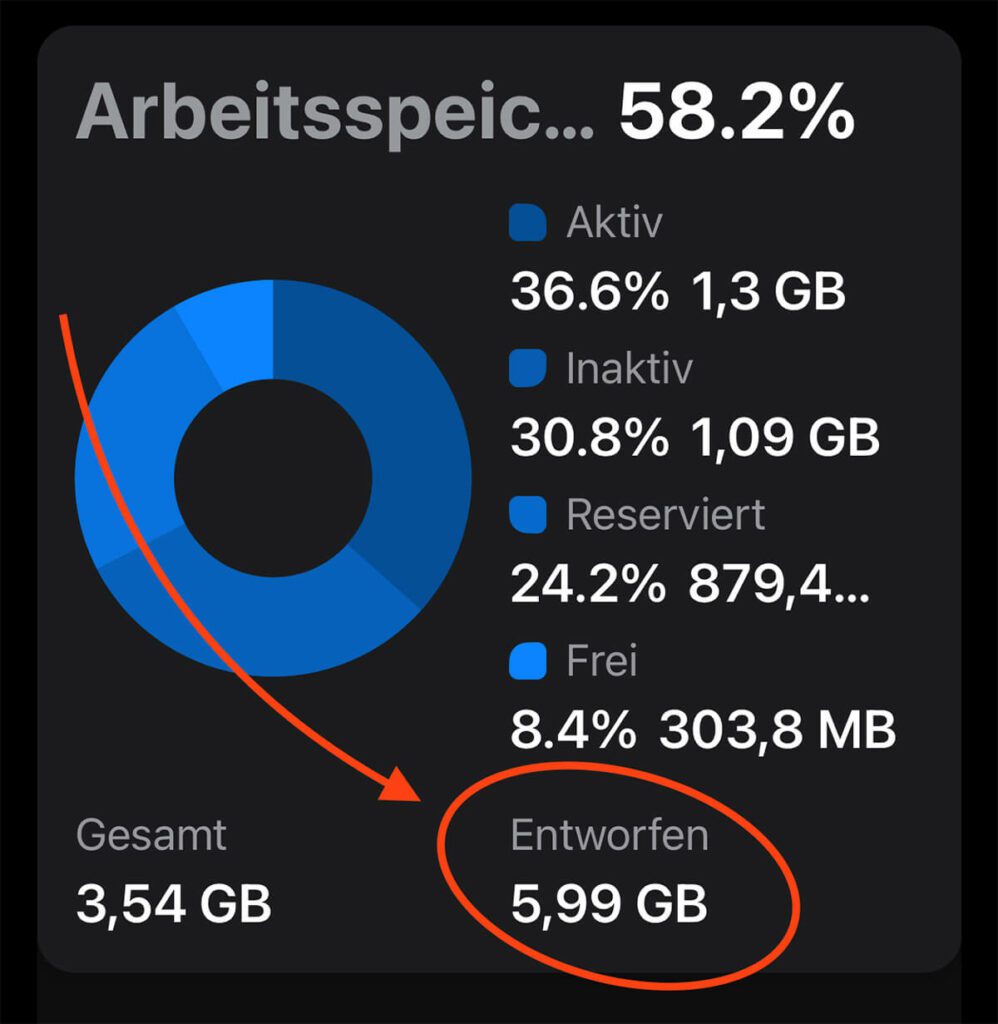 How much RAM does my iPhone have?

If you want to know how much RAM your iPhone has built in, you can easily find out with an app that I also recommend for other things: The app is called Usage and comes from the developer Oleg Stasula. There are quite a few other apps that have something with “Usage” in their name, but that's not what I mean.

If you call up the free app, it will show you the "RAM" area directly. At the bottom right under “Designed” you can find the value for the built-in RAM. You can see this in the screenshot above, which I took on my iPhone.