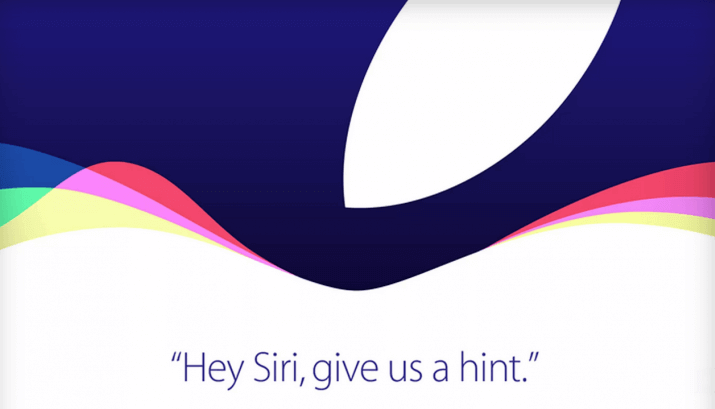 I just got them September (2015) iPhone Keynote from Apple finished looking and as always after the iPhone keynote in September every year I ask myself whether you should or have to buy the new iPhone. Of course the answer is from every rational person: NO, you don't need it. After all, even an iPhone 4 is sufficient for taking photos, calling up maps, reading e-mails or quickly surfing the Internet. But I wouldn't be Sir Apfelot if I didn't scrape past the "bloody edge" of Apple products from time to time. For this reason, the answer is different for me every few years ... 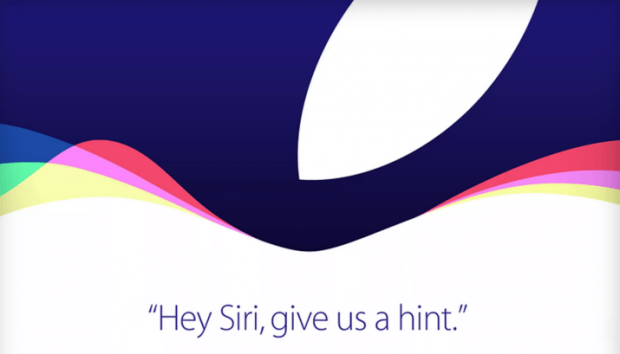 New features compared to the iPhone 6

Since I currently have an iPhone 6 (the model without the "plus"), the first thing I do of course is to compare it to this model. After all, the 6s has to offer me something exciting new when I'm investing so much money. So here is the summary of what Tim, Phil and colleagues were able to present to us today ...

The Apple iPhone 6s has these features - do you need one?!?

I could see the following points from Phil Schiller's presentation:

My opinion on the new features

Please keep in mind that this is just my opinion. Other people may rate some features differently. But my humble opinion is allowed on my blog - and it goes as follows: 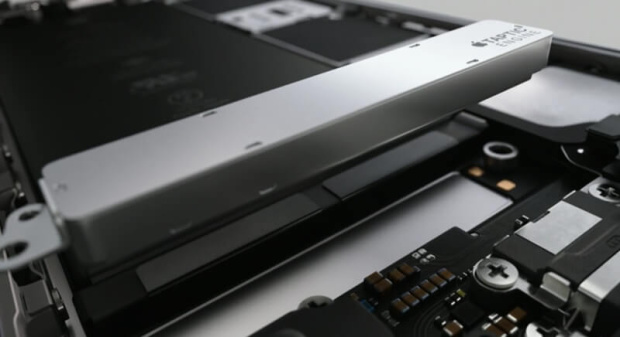 The Taptic component in the iPhone 6s provides the "ForceTouch" that imitates a click.

With this new technology, the touch display of the iPhone can determine the strength of the finger pressure. This is used in iOS 9 to trigger additional functions. In Mail, for example, you can hold your finger over a link in the mail and then press lightly. This means that the linked website is displayed in a kind of popup and you can feel a very brief vibration (10 ms) through the "ForceTouch" that feels like a click. If you let go of your finger, the window goes straight away and you are back in the original email. If you press harder, the website opens correctly and you can scroll through it and look at it normally. The firmer click is also acknowledged with a slightly longer vibration (50 ms).

My review: A nice feature that you will learn to love quickly, but if you don't have it, you will continue to live. I think that's roughly the same as my switch to Touch ID: As long as I didn't have it, I was happy with the iPhone. When I got a new model with Touch-ID at some point, I immediately thought it was good and I don't want to be without it anymore. But it would not have been worth the "price" to part with my old iPhone after only one year.

Huh ?! So let's be honest ... what do I care about the aluminum from which the thing is milled. That's just something that Jony Ive "one goes off"(Take a look, it's worth the click!;). You really don't have to say more about it ... but if you are interested, here is some information about the new aluminum alloy, which is also used in the Apple Watch:

For Apple Watch, we created a new alloy of 7000 Series aluminum that's 60 percent stronger than standard alloys. Yet it's very light. Together with the Ion-X glass covering the display, it makes the Sport collection watches up to 30 percent lighter than our stainless steel models. It's also exceptionally pure, with a beautifully consistent appearance that's difficult to achieve with traditional aluminum alloys. (Source: 9to5mac.com)

Sure, I want that, but it's kind of like selling the "roundest tires" as a feature of the car. That's just part of the process when I buy such an expensive thing. It's logical that I don't want a housing made from Hubba Bubba. ;)

Ok, a faster chip is good too. But to be honest, my iPhone 6 is already so fast that I sometimes wonder what to do with all the megahertz. At least half of them get bored most of the day and suck on my battery in a demotivated state. And if you don't just love games with 3D space battles and an armada of alien ships, which are then calculated with "true-color-lightning-and-thunder-realtime-cloud rendering", you will definitely come with the iPhone 5, 5s or 6 well done.

And the iPhone 6's motion sensor is amazingly good too. If I compare the evaluation of the steps with my fitness tracker, there are hardly any differences. For this reason, I see no need to throw in money to improve something.

Ok, Touch-ID is a nice thing, but the 2nd generation was already built into the iPhone 6/6 plus. So this isn't a new feature. Anyone who still has an iPhone 5 (without s and without Touch ID) will be happy about the upgrade. But for iPhone 6 users nothing is happening here.

"LTE Advanced" is definitely great if you have a good cellular network. But here in the country I am already totally happy with "Edge Advanced" because I can then send more than two emails per minute. But I can already see that LTE itself is quite fast if you are in the right network. I struggled with ePlus for a long time, which was actually good from the telephone network, but the data connection is just so bad that one could speak of "not available".

My assessment: I think anyone who has "LTE" in the iPhone 6 will not need "Advanced". And for the normal things during the day, 3G is certainly still sufficient. The "faster Wi-Fi" is somehow only "faster" if the DSL behind it is fast. Here in the country, with 16 Mbit, the Wi-Fi is certainly not the bottleneck. "Normal DSL" is completely sufficient here too - I think that applies to most users.

The iPhone camera is always the best way to get me to buy a new one. Here you really notice improvements from year to year. I now only take all my photos with the iPhone 6 and can only hear from every corner how great the photos are. Apple really did a great job and rightly so a first place in the lens competition busy.

With the higher resolution of 12 megapixels (for comparison: the iPhone 6 has 8 MP), the image quality is definitely improving, especially since Phil Schiller is in the Keynote noted that they were particularly keen not only to increase the amount of pixels, but also to improve the image quality so that image noise is avoided.

My assessment: If you have an iPhone 5 / 5s and like to take photos with the iPhone, then the upgrade to the iPhone 6s is definitely a sensible thing. In my case, I also save the money for an extra DSLR or a small digital camera, because the iPhone replaces these devices for me. However, I'm still so happy with the photos from the iPhone 6 that I don't see any need to switch. If I skip an iPhone model, the photo quality is always so much better that the output was worth it for me just for the better camera. For this reason, I mostly leave out the "s" model for iPhones and only buy a new device for the "whole version jump".

The subject is quickly dealt with for me: I only have a FullHD television. What should I do with a 4K video?!? So for me nonsense. Even if the videos are sure to look brilliant on the new iPad Pro - for me, 4K video offers no added value. I watch most of the films on my iPhone and it really doesn't matter whether I have FullHD or 4K. On the contrary: the 4K films also eat up a lot of storage space, which is usually in short supply on the iPhone.

My recommendation: If you don't like to edit family films and then burn them in 4K on Bluray, then this high resolution is more of a block on the leg. Significantly more memory is used for the films and also needed for post-processing in iMovie more resources on the Mac.

The thing with the "Retina Flash" is very smart: Instead of a single flash LED, the entire display of the iPhone is used as a flash. The flat illumination of the faces makes the selfies with flash much better. A small but nice change that certainly does not justify a change, but is still a "nice to have" if you want to switch to an iPhone 6s for another reason anyway. 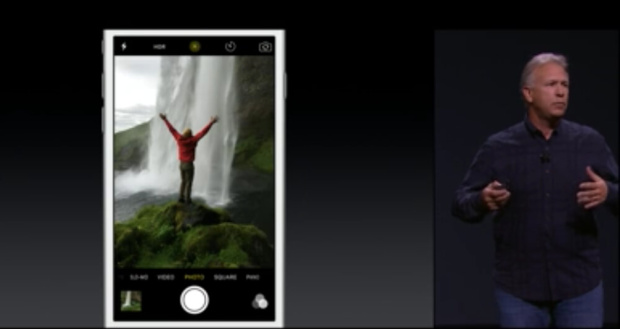 Live Photos: a new iOS-only feature that can currently only be used with the iPhone 6s.

With this new feature, Apple has once again introduced something interesting that could possibly be exciting. Apple understands Live Photos as photos that show movement for a few seconds and also reproduce the appropriate sound. This should be able to capture short moments. When looking at it, you then feel more emotions than with a simple photo - that's the underlying idea at Apple.

Now the technicians among us will say "Moving pictures with sound? This is a film!", But no. It's still a photo. That means (if I have understood Phil Schiller correctly), when saving or exporting, you have a JPG that you can bring to development at the discounter of your choice in order to make prints. The extra information may then be saved as separate files in the photo library.

Interesting thing: You don't have to make an extra setting to take a picture, instead the iPhone 6s automatically takes a "Live Photo" for a "normal" photo. The additional features (moving image and sound) are then available on all iOS devices. How this is technically solved will certainly be explored as soon as the first people have the iPhone 6s, but at the moment I cannot explain it.

My review: This feature is nice too, and maybe I'll appreciate it again and again in the future, but I'm seeing a bit of issues with using the storage space. A little "movie" of what this ultimately is will take away additional memory on the iPhone. Whether this is worth the added value of the live photos remains to be seen.

As you have probably already noticed while reading, I will "sit out" the iPhone 6s. The iPhone 6 takes great photos, is very fast and also cuts a fine figure in WiFi. If I were to improve something, it would be the battery performance, which is currently less than a day for me. But I think this is exactly where there will be no improvement in the iPhone 6s, because otherwise Phil Schiller would certainly have included it in the list of "great features" (the 7000 aluminum could be deleted from the list!).

If you love ForceTouch and more megapixels in photos, you might be happy with the new iPhone 6s. I would certainly do it too, but for me switching from iPhone 6 to 6s is simply too costly and not enough for improvements. That's why I'm waiting for September 2016 when the iPhone 7 is presented. :)