The Pick of the week this time goes to a browser that has been around for what feels like an eternity: icab. The iCab browser has been around for over 20 years, but it still delights its users with an impressive speed and is also very economical with system resources.

The motto “The Taxi for the internet” has also remained, which I think is very nice. Under the hood, however, the Taxi iCab has continued to develop and was only completely rewritten in September 2020.

iCab is still a pretty great "taxi for the internet" today.

The programmer Alexander Clauss is the person behind iCab - and has been since 1999, when the browser for Mac OS was launched. Since 2009 there is also an iOS version of iCab called "iCab mobile"which I have not tried, however. 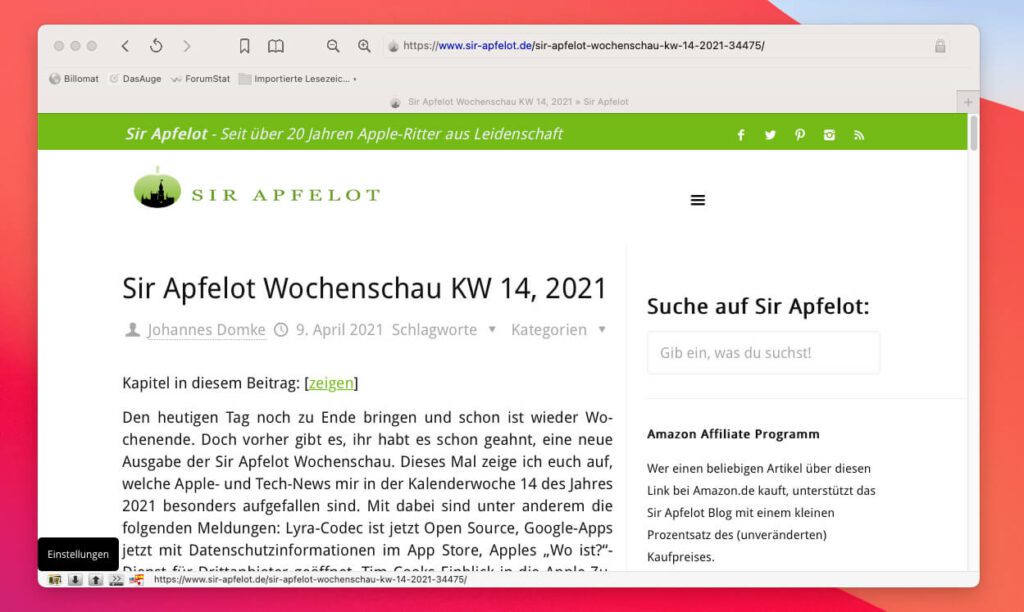 My blog Sir Apfelot is completely ad-free thanks to iCab's ad blocker. Technically works well, but if all visitors came to my site like this, I could probably shut down the blog because I would no longer have any income.

I was using iCab on my old Mac over 15 years ago and it was already known at the time for taking up very little storage space and still loading websites extremely quickly. At the time, this was all the more important because you could access the Internet via a modem connection at a cost per minute.

It's now 2021 and iCab continues to more than live up to its reputation. Here are just a few quick comparisons to show how less disk space and RAM it uses compared to the competition:

How big an app is shows how sparingly the developer uses the resources on the user's Macs:

Apple's own Safari browser runs out of competition from my point of view, as people usually look around for a browser because they are looking for an alternative to Safari - for whatever reason. And if you compare the app sizes of the other browsers with iCab, you can quickly see how lightweight iCab is. 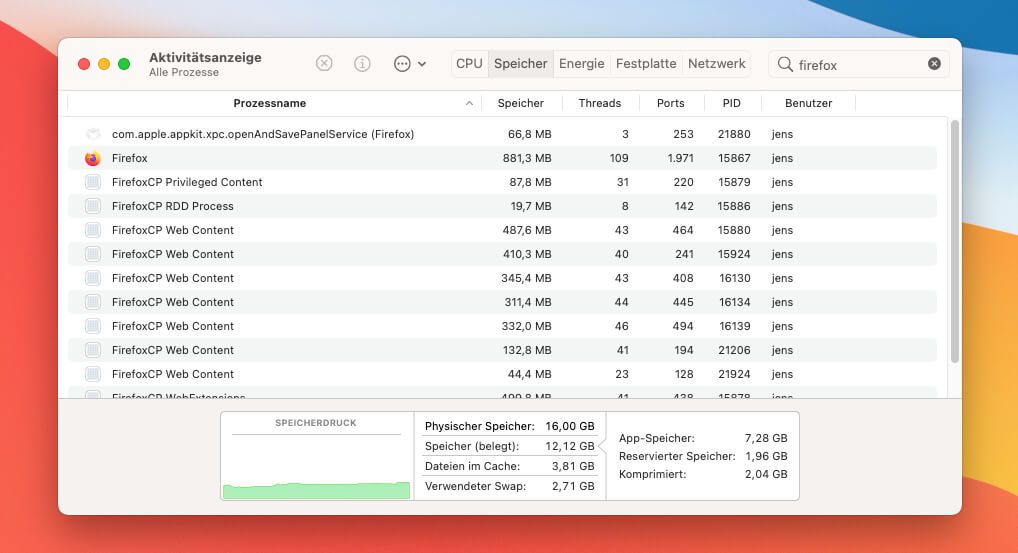 The activity display can be used to filter the processes that belong to Firefox, for example. This is how you can find out how much memory the browser needs in total.

To make a comparison here, I opened 5 websites on all browsers that are from major providers. In the “Activity Monitor” app, I added up the individual browser processes and determined the total memory requirement. Here are the results:

As you can see, not even Safari can even come close to keeping up with iCab. I think iCab could be a very good choice for Macs with little RAM or for old Macs.

But of course not ONLY for Macs with little RAM, because iCab also runs on my M1 MacBook Pro with 16 GB much more economical than the competition - and it has very practical functions that you don't get with Safari, for example. 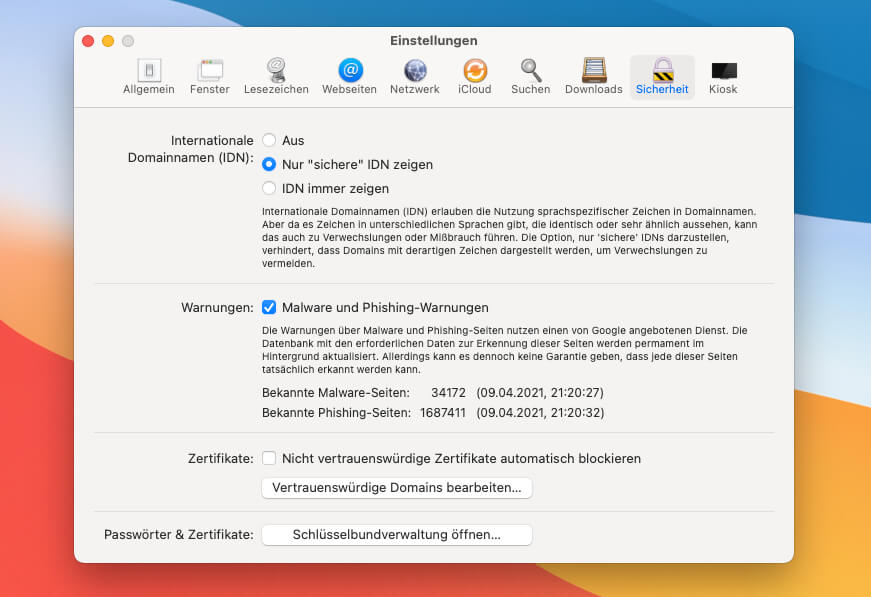 Save login data and warn of phishing and malware websites - no problem for iCab.

Also noteworthy is the support from Alexander. I just had the case that a function of iCab behaved strangely. Since I didn't know what to do, I contacted Alexander by email (via the item "Help> Send support request" in iCab) and asked about it. His answer came less than 30 minutes later and helped me fix the problem.

The reason for the strange behavior was that I changed the settings a bit when I tried it out. Among other things, Javascript was completely deactivated, which of course leads to problems with today's websites.

My reader Josef, who wrote to me a few weeks ago that the iCab developer helped him within a few minutes, confirmed that the quick answer was no coincidence for me.

At this point, thanks to Josef, because he ultimately made me want to use iCab more intensively. That was a good idea! 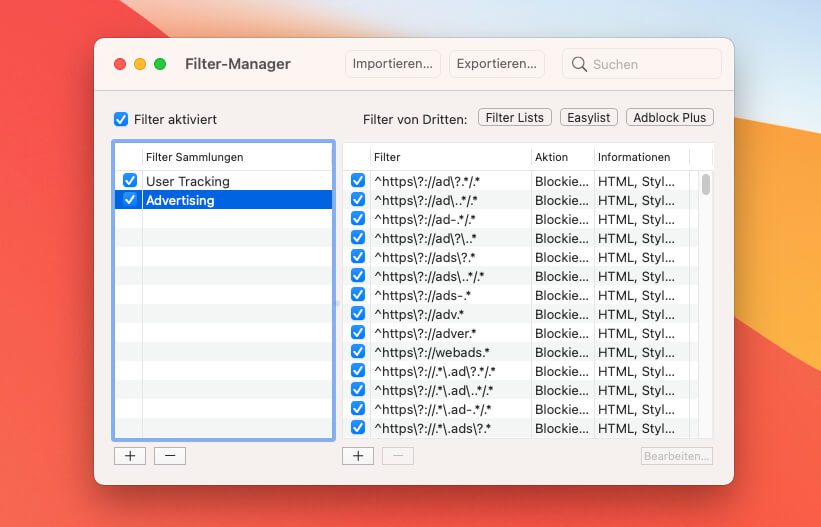 In the filter manager you can set whether you want to block only trackers or only advertising or both. The settings can be made in great detail.

Despite its small file size, the iCab Browser is equipped with a wide range of functions. It even has the ability to download entire websites, which I usually like apps for SiteSucker have used.

ICab offers the following functions in the macOS version: 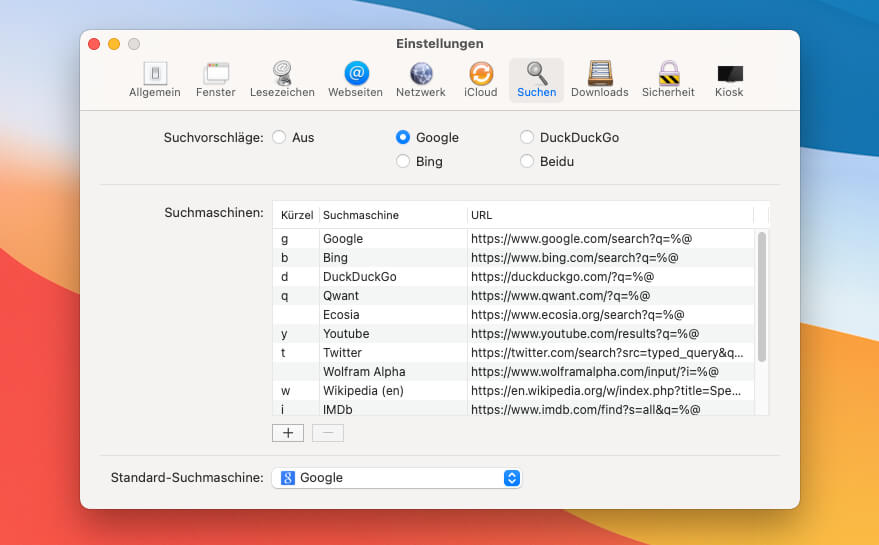 The shortcuts that are available in iCab are a little special feature that you can otherwise only implement with apps like Alfred or similar.

I don't use everything iCab has to offer and I'm sure there are still some useful functions that I don't have in the list. This blog post is not meant to be a complete introduction to iCab, I just wanted to mention iCab as an alternative to Chrome, Firefox or Opera because I think it is still far too unknown.

I know there are other browsers like Vivaldi and Brave, but I haven't been able to test them sufficiently to make a judgment. They will certainly be part of an upcoming post.

iCab is shareware - what? Not free???

No, not for free. iCab is shareware. That means you can use it without paying, but you have to live with small restrictions. Or - and you should of course do that - you throw in 10 euros once and get all the features of iCab and also support the developer, who is really hard at work on the browser and offers perfect, uncomplicated support.

If you want to take a look at iCab, you will find it via this link.