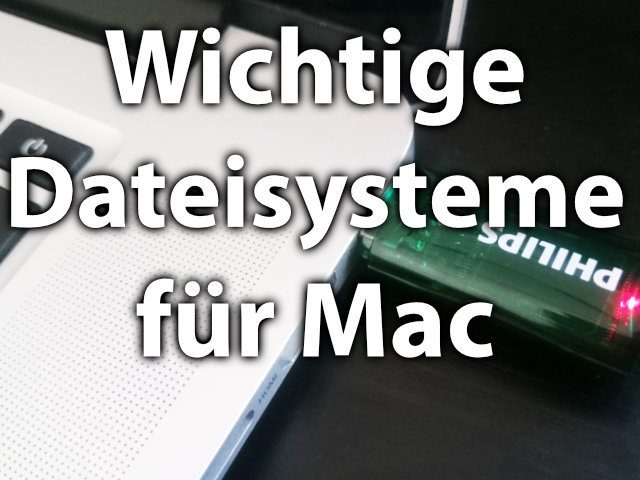 Up to macOS 10.12 Sierra, the Apple operating system for Mac, iMac and MacBook uses the HFS + file system by default - from 10.13 High Sierra it is APFS. But which Mac file systems are also important, for example for USB sticks, external hard drives and similar storage media? And what criteria do you use to select them when formatting? I would like to answer these questions for you in this little guide. Any questions? Then take it to the comment area! ;)

When partitioning a hard disk or formatting a USB storage device, file systems must be selected. Here is the information about the three most important APFS, HFS + and exFAT.

The file systems already mentioned in the heading are the most important when working with the Apple Mac and its macOS operating system. In the following you will find a short explanation that shows you what is actually hidden behind the abbreviations: 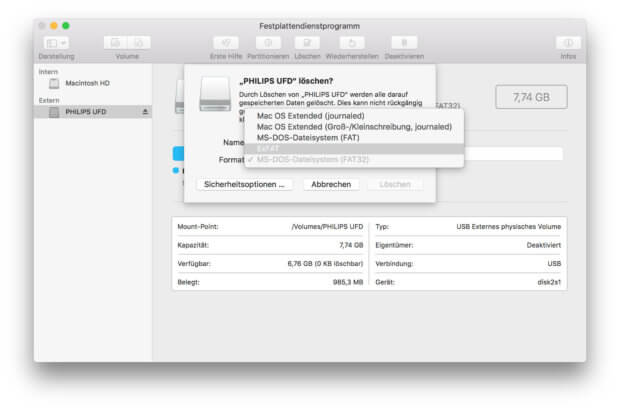 If you want to format a drive under macOS, the best way to do this is to use the hard disk utility, which serves as a pre-installed system tool for managing hard disks, sticks and more. You can find the program as follows:

On the screenshot above you can see other file systems that are displayed, for example, when formatting a USB stick. For their regular use, however, you can ignore the many options and limit yourself to the three main options mentioned. If you have more specific plans and need the right system for the management of data and files, then you probably already know that - so this post cannot teach you anything further;)