In the test: Apple Watch screen protector from smart engineered

I didn't think that there would be a longer article about an Apple Watch protective film, but this one has become much longer than I first assumed. There is more to be said about everything once you look into the details.

For all fast readers: It's about a screen protector from the German provider "smartly engineered“That can be attached to the Apple Watch. Here is my short collection of advantages and disadvantages for the slide:

The foils from smart engineered are not entirely self-explanatory, but very good if you make an effort to stick them on and follow my instructions below. The 42 mm version in matt is linked here, but you can find the links to all other sizes below.
Check it out on Amazon 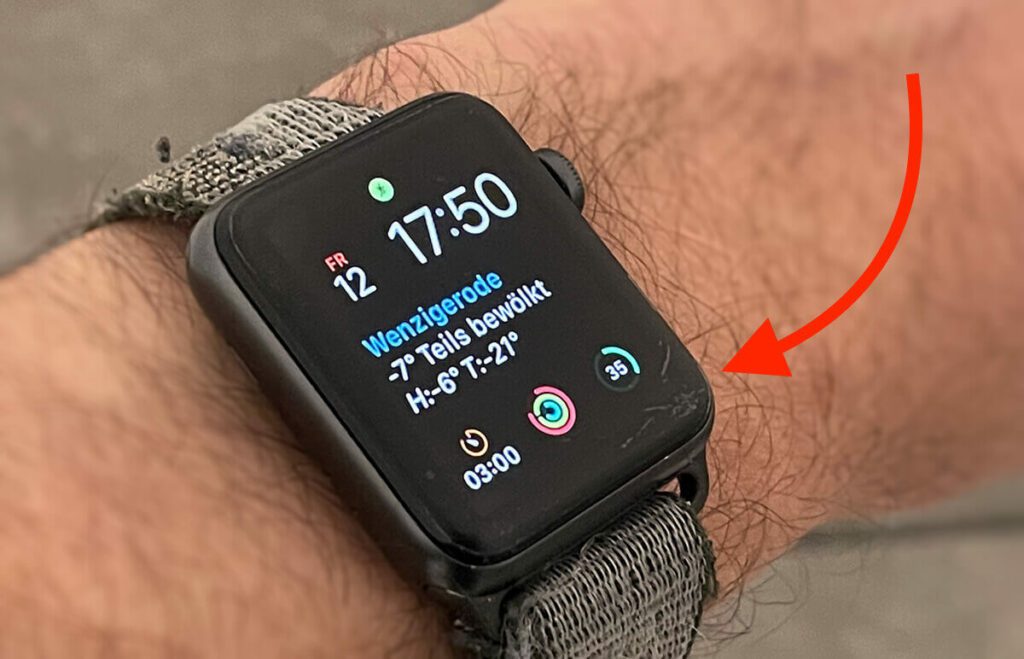 Screen damage is not uncommon on the Apple Watch. In the photo you can see my current damage, which I have not yet repaired because I want to upgrade from Series 3 to Series 7 at some point (photos: Sir Apfelot).

Do you need a protective film for the Apple Watch?

I have now used my third Apple Watch and have already skimmed the display twice because I scratched a stone somewhere with my wrist unnoticed.

The funny thing: I always wear the watch when climbing on a rock, where you would really expect that this is the greatest risk for the watch, but in fact, I've never broken a display.

Nevertheless: Three to four years of Apple Watch and two destroyed displays (and the current one also has small scratches) speak a clear language. From my point of view, a screen protector for the watch is more than useful. 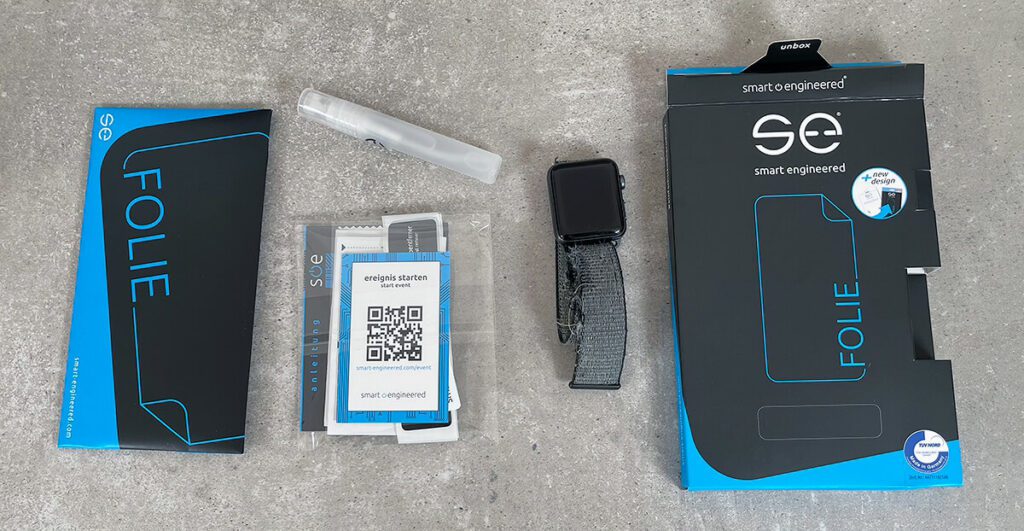 The screen protector from smart engineered comes in a pack of four with all the accessories you need for attachment.

Protective film or Apple Care for the Apple Watch?

There is one fundamental question to ask as a watch owner: Am I investing in Apple Care and use it to cover my display damage to the Apple Watch or do I save the money and try to minimize the risk of damage with a protective film.

I originally had the Apple Care cover and it definitely paid off for my two damages. Nevertheless, I would now do without Apple Care and take protection.

I had the Spigen Apple Watch Case for quite a while (here in the test report) there was no damage to the watch or the time, but somehow the case was too bulky in the long run and did not offer any protection against "frontal attacks" on the display. For this reason, the offer from smart engineered to test this protective film was very helpful.

Even with Apple insurance, you still have to pay a deductible in the event of damage. At 65 euros, this is not exactly cheap for the normal watch model (source: Apple.com).

By the way: even with Apple Care you still have to pay a deductible if you damage the watch. We are currently between 65 and 75 euros per claim.

As already mentioned, the slide needs some explanation. If you just go ahead and stick the film on your smartwatch display, sooner or later you will probably end up in the group of dissatisfied Amazon customers who complain about peeling corners and bubbles under the display.

[...] The film initially protrudes a little at the edges, but can be pressed on over time so that it also wraps around the curved edges and protects them well. Unfortunately, these edges are also a small weak point. At one corner, the film came off a little after a short time.

I can tell you: Both can be avoided if you do the right thing. I was also a little frustrated at first because I thought “Why is the foil on the side sticking out so much? It never lasts in life! ". But after I wrote a help e-mail to smart engineered and then again pressed the edge correctly, things lasted. But the full instructions are right now. 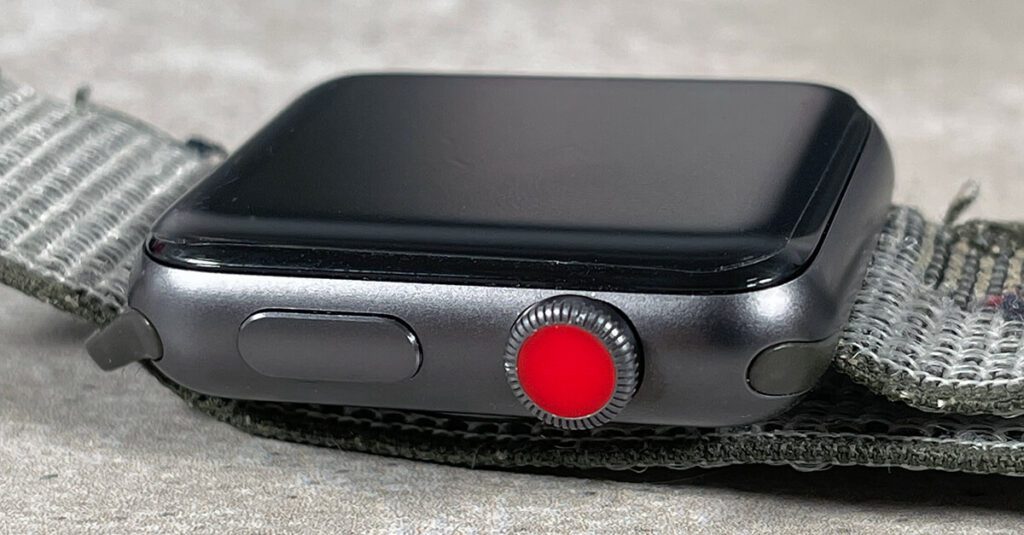 Here you can see the matte protective film on my Apple Watch Series 3 (LTE). The film adapts perfectly to the round edges.

I was only skeptical when I saw the slides. So far I have not come across a film that is actually flat, but then hugs a rounded display.

In fact, the film initially only wanted to stick to the smooth surface of the watch. The rough edges kept coming up. Here, however, patience is simply required, because the adhesive (which you should wet beforehand with the enclosed spray bottle) only sticks properly when the liquid has dried off.

In my case, the film is now wonderfully glued over all curves and thus also protects the particularly exposed corners and edges of the display.

The details for the assembly can be found in the following instructions. 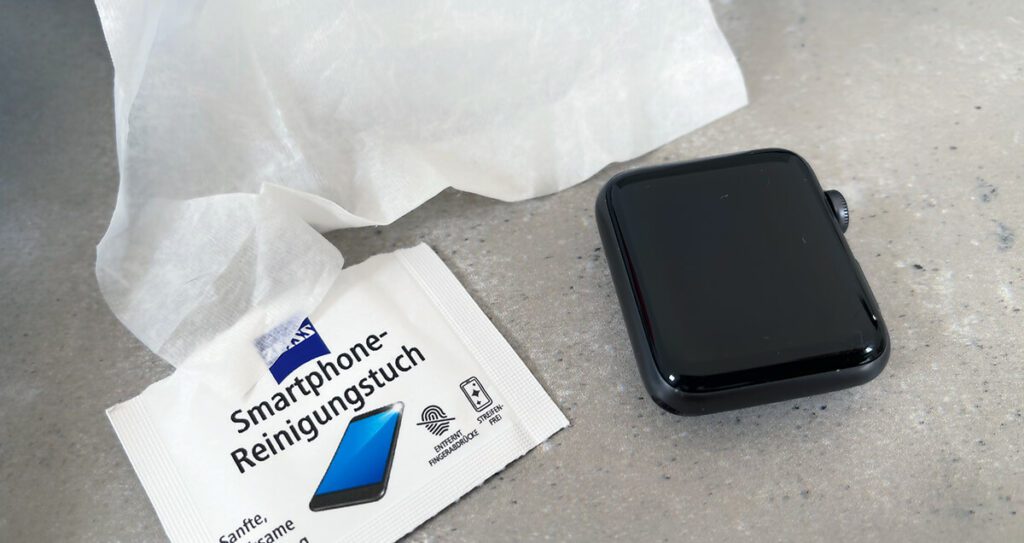 Before applying the protective film, the display is cleaned with the enclosed cleaning cloth, the Dustremoval adhesive strip and the microfiber cloth. The best way to do this is to remove the bracelet to avoid contamination.

Applying the protective film to the Apple Watch

The first thing you need is the right set. There are 4 slides in each set. Depending on which watch you have, there are different sizes and the versions "matt" and "high-gloss". I have the matt film and I am very happy with it. The matt version is always linked here, but you can also choose the high-gloss film on the product page.

And don't let the sometimes mixed Amazon ratings confuse you. If you follow all the steps while sticking, it will also be a reasonable result that not only lasts for 3 days on the display, but significantly longer.

The individual steps for attaching the protective film

The scope of delivery of the set includes the following parts: 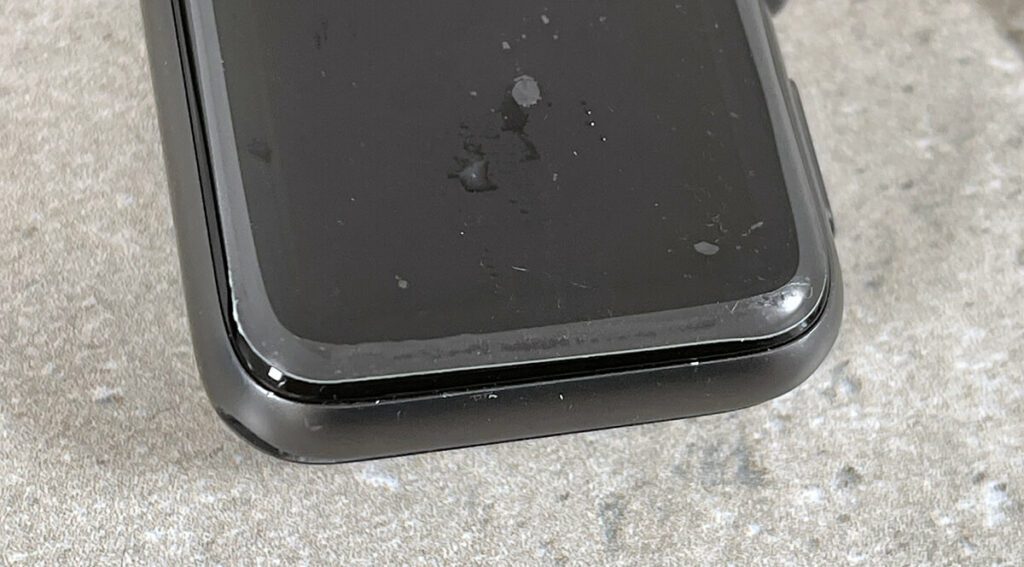 No panic! Everything ok so ... Immediately after application, bubbles are still visible, which you can brush out to the side. Only after waiting about 15 minutes should you begin to press the protruding film over the curves. For me it only held properly after 45 minutes.

But now finally the instructions:

So it is important that you have enough time and patience and let the glue dry before you put the smartwatch on again. If dust gets under the edges during the waiting time, it probably no longer holds properly on the display. 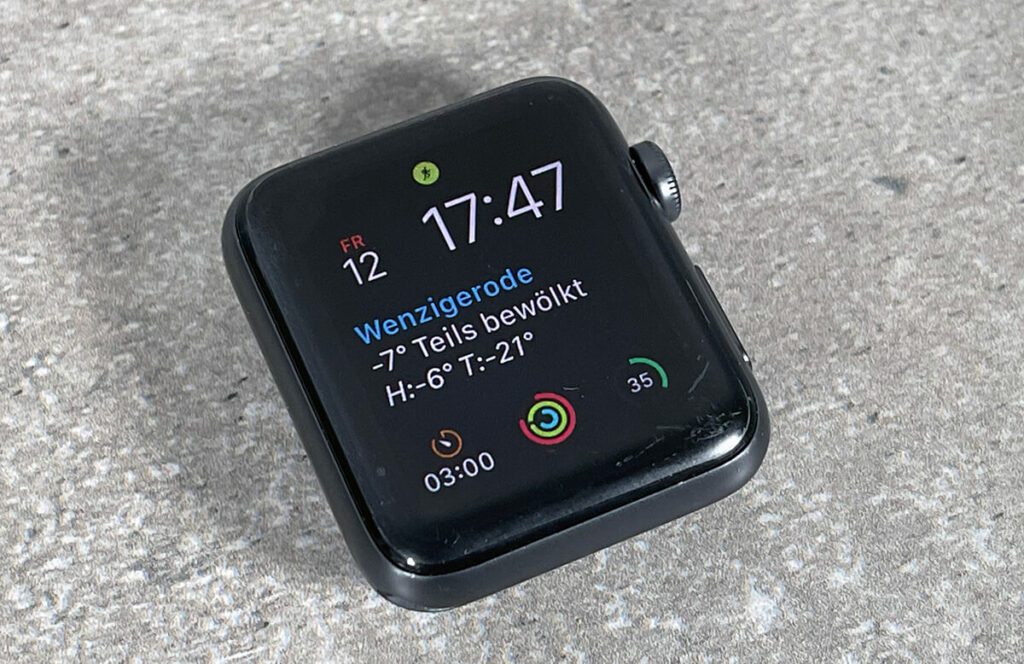 Immediately after applying it, there are still very few bubbles under the film, but they had already disappeared the next day. At the bottom right there is damage to my display glass, which is of course also visible through the film.

My conclusion on the Apple Watch protective film from smart engineered

Now that I have stuck the film on the watch for a week and it still does not come off at any point - although I also wear the watch when sleeping and showering - I can really recommend it. On the first day, the film came off the corners of the watch when I showered, but after I pressed the film back on after about 15 minutes, this has not happened again since then.

My watch suffered most of the damage to the upper and lower right corner. For this reason, it is very advantageous that the film continues over the edges and also protects them.

Basically, I like the protective films more than other solutions, as they neither restrict the watch's pretty design nor its operation. If you are also looking for a protective solution for your Apple watch, I can warmly recommend the films from smart engineered.

Soon there will also be a test report on the armored glass for the iPhone 12 from this manufacturer. I am curious how this will perform in the practical test.