Instructions: Turn off annoying call waiting when making calls via the Telekom connection

I've known the "call waiting" feature for a while now. However, my (certainly less common!) Analog connection here in the country has a special form of knocking. Normally it only makes a quiet "klock klock" in the background when a call comes in when another call comes in. For me, however, it makes a whopping 5 to 6 seconds of any tone sequences that massively disrupt the ongoing call. Why is that the case with me? No idea. For the first few weeks I didn't even think about it as a knocking signal because it sounds so strange. 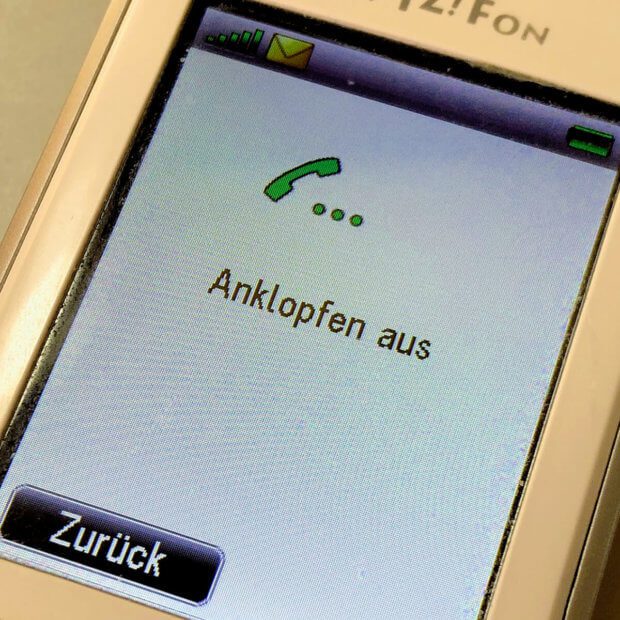 Done. Call waiting is switched off!

For my part, I would prefer the tried and tested busy signal for the other call partner so that my ongoing call is not constantly interrupted. First of all, I had to find out for myself how the deactivation of the call waiting feature works at Telekom. The Telekom-hilft website has explained it, but it didn't quite work for me as it was described there. Only the key sequences were the same. But now for instructions.

Deactivate for a call

If you only want to turn off call waiting for a call, pick up the receiver or press the dial key and then enter this key sequence: * 4 3 #

This means that you will not be bothered by call waiting during the next call.

Incidentally, with my Fritz! Fon I had to enter the key combination and then press the green dial key. Then there was no announcement or the like (as one sometimes reads in other instructions), but a dial tone and the message that call waiting is switched off.

I opted for permanent deactivation and had to use this key sequence for this: # 4 3 #

With the key sequence # 4 3 # you can permanently turn off the annoying call waiting (Photos: Sir Apfelot).

Switch off with IP connections

If mine has an IP-based telephone connection, you may have to proceed differently. In this case, the "call waiting" feature is probably administered via the router (SpeedPort, Fritz! Box or similar). Unfortunately, I can't show you the exact way, but in the Fritz! Box you would have to look around in the "Telephony" administration area. There presumably with "Telefoniegeräte" and then with the corresponding telephone.