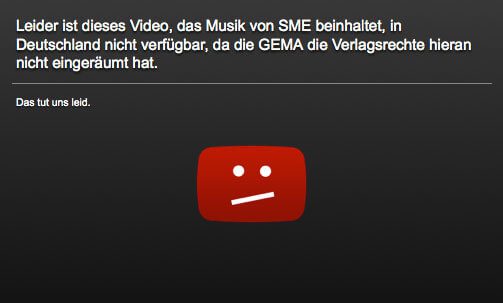 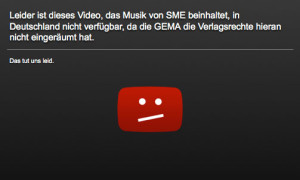 This is what it looks like when you try to watch a blocked video in Germany (graphic: Youtube.com).

You know it: You click through Google and actually want to watch one or more interesting video and suddenly the message comes up that you are unfortunately not allowed to watch this video because GEMA has not granted the necessary music rights for it. Apart from the fact that GEMA thinks that this message also comes with a number of videos that they would not have blocked at all, but because YouTube only does it to bash GEMA: It's annoying. I also like to turn off the sound here and there, but please: let me see the films!

Resourceful programmers have now - actually quite a while ago! - come up with a plugin that makes it possible to watch blocked videos on Youtube anyway. The plugin is available as an addon for Firefox and Chrome (unfortunately the link is no longer there!) and is called ProxTube. From a technical point of view, the block works in such a way that the IP of the YouTube visitor is evaluated via geolocation and a decision is then made as to whether the user is in a country where he is allowed to see the video or not. If you now use ProxTube, you visit YouTube via an [American proxy server-> proxy server list] and no blocks are activated for Germany because the technology behind it evaluates you as a visitor from America via the IP.