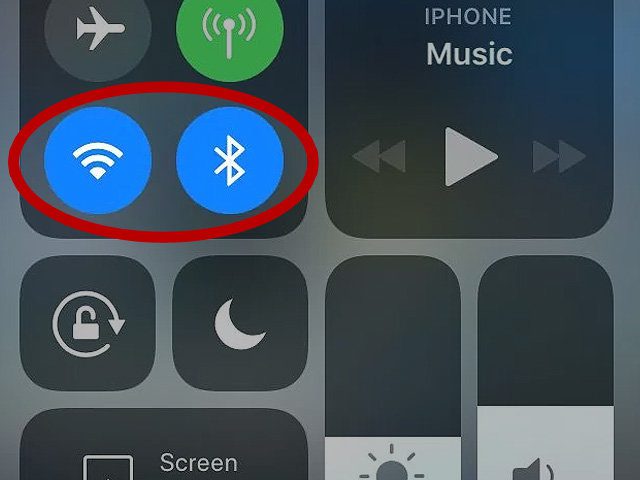 Under iOS 11, you cannot completely switch off the WLAN or the Bluetooth connection in the new control center, but only cut the connection to the currently connected devices. Many users have criticized this and also the rather long way via the settings to completely turn off the WiFi and the Bluetooth connection under iOS 11. Unfortunately, this has little to do with Apple's usual user-friendliness, which is part of the company's philosophy. So here is a workaround, a little iOS 11 tip with which you can switch off WiFi and Bluetooth on the iPhone - with Siri.

Switch off Wi-Fi and Bluetooth with Siri under iOS 11

It's certainly not a direct setting that Apple has built in as a simple and user-friendly alternative to searching in the iOS settings, but it probably works: just tell Siri to turn off the WiFi or Bluetooth for you. Especially when the battery is low, on an airplane or in a hospital, there should be as few radio connections as possible. With the Apple voice assistant Siri you can switch off the WLAN and Bluetooth on iOS on the iPhone:

You can also reactivate the individual radio connections in the same way:

The detour via airplane mode

Why are the connections not cut by default?

Over time, Apple has brought out more and more of its own accessories for the iPhone, iPad and iPod. The two most important devices are probably the Apple Watch and the Apple AirPodsconnected via bluetooth. So that they can quickly reconnect for the benefit of the iPhone user when the connection is disconnected, the radio connections cannot be completely switched off via the control center in iOS 11. But if you (currently) neither use the Apple Watch nor the AirPods and prefer to save battery, you can switch off Wi-Fi and Bluetooth completely via Siri under iOS 11. By the way: a list with (almost) all Siri commands in German and English you can find here.