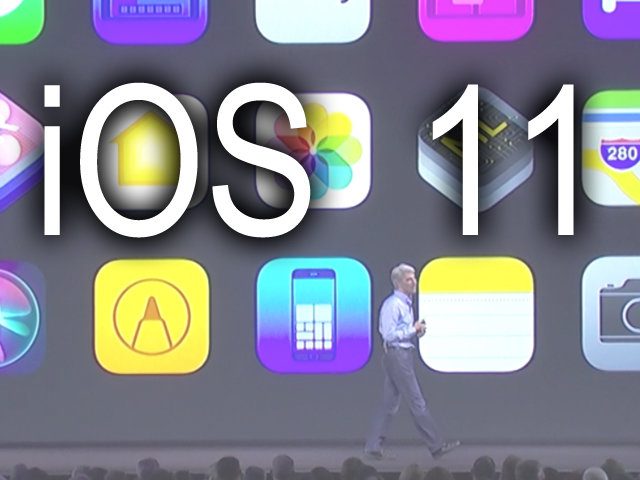 With Keynote at the start of the Apple WWDC 2017, which took place yesterday on June 5, 2017 at 19:00 p.m. Central European Summer Time, were among other things the new iOS 11 for iPhone and iPad as well as the new MacOS High Sierra for iMac, Mac, and MacBook presented. Also new models of almost all devices (except the iPhone, of course) as well as completely new innovations like the Apple HomePod were shown at the 2,5 hour long WWDC 2017 keynote. First of all, here are the innovations regarding iOS 11 for iPhone and iPad. The rest will follow in further posts;)

At the start of the Apple WWDC 2017 Keynote there was a funny video that shows the world after all apps suddenly disappear - APPOCALYPSE! You can find the video HERE.

iOS 11 for iPhone and iPad

There were already rumors about the new iOS 11 for iPhone and iPad, as it was on Twitter and consequently in the media the message about a mysterious Files App made the rounds in the Apple App Store. This called for iOS 11 and had a folder as an icon. In the course of the evening it became clear: Files is actually a new app from Apple and it comes with that Finder under macOS or OS X quite close. With Files on iOS 11, sorting, organizing and managing files is just as easy on the iPad as it is on the Apple desktop and laptop computers. But there are other innovations that belong to the new mobile operating system.

Presentation of iOS 11 and many other Apple innovations with Tim Cook and cronies.

In the running text, all innovations and improvements of the upcoming operating system for iPhone and iPad would go beyond the scope of this blog. Therefore, here are the most important things in somewhat clearer lists. For some points I have added a suitable video from the Apple WWDC 2017 Keynote.

(Hopefully Siri will also learn to set the alarm properly in the future. In the Apfelot house, the response to “Set an alarm clock at 6:30 am!” Is often the answer “What time should I set the alarm clock?” - there the machine can still learn a lot ...)

Other interesting topics of the Apple WWDC 2017 keynote

In addition to iOS 11 for iPhone and iPad, there were also messages, hints and demos with regard to tvOS, watchOS and macOS. In other entries here on Sir-Apfelot.de it will also be about these issues. There is also a new iPad Pro as well as new MacBook and iMac models - the Mac has been "reinvented" for the professional target group and equipped with an incredible amount of power. The result: the iMac Pro in space gray.

Then there is the HomePod, a smart speaker for music with excellent sound and integration of Siri, HomeKit and so on. There is also news from the Apple Watch; their connectivity and opportunities for third-party providers have grown with watchOS 4. And the new macOS is called High Sierra.

As I said: all topics will be dealt with in the coming days. Some are so far only important for developers, as the individual systems and devices will not be released until autumn or December 2017. Some innovations such as the HomePod will not come to Europe until 2018.