iOS 14 trick: let the battery level be announced when connecting / disconnecting from the mains 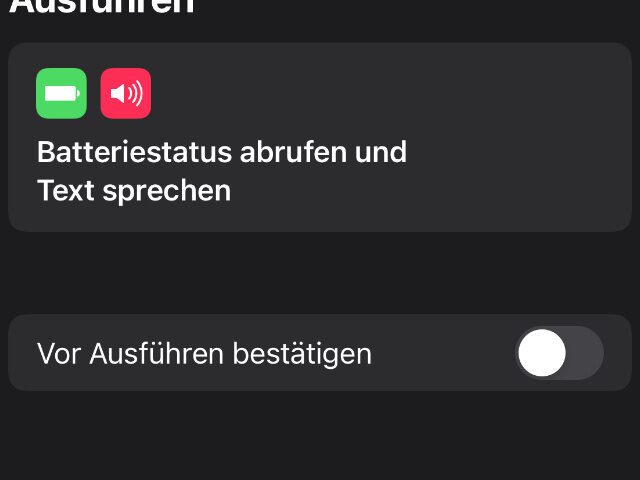 In this guide I will show you how to get Siri on the iPhone with iOS 14 to announce the battery level when connecting or disconnecting the Apple smartphone from the mains. In this way, you can hear the acoustically what percentage of the battery capacity can be used when connecting to the charger and removing the charger. The whole thing runs via the "shortcuts" automation. While trying it out, I noticed a few details that I have listed for you at the end of this guide.

A reader just wrote me that he followed the instructions below and only received the following message on his iPhone 8:

An error occurred while running the automation.

Further clues as to why it did not work could not be extracted from the iPhone. I suppose it's the older hardware of the iPhone 8 because it has iOS 14.6 installed (currently the most current iOS) and it doesn't work. He then tried it on an iPhone XR and there the hack works with the battery status announcement.

Instructions: This is how Siri says the battery level when connecting / disconnecting from the mains

You can set up the acoustic playback of the battery level of the Apple iPhone under iOS 14 via the shortcuts app. If you want to try it out, just follow these step-by-step instructions:

Screenshot instructions: This is what it looks like when you add the shortcut

I have summarized the most important steps of the instructions as screenshots below. The markings show you where to type at the corresponding point in the process. 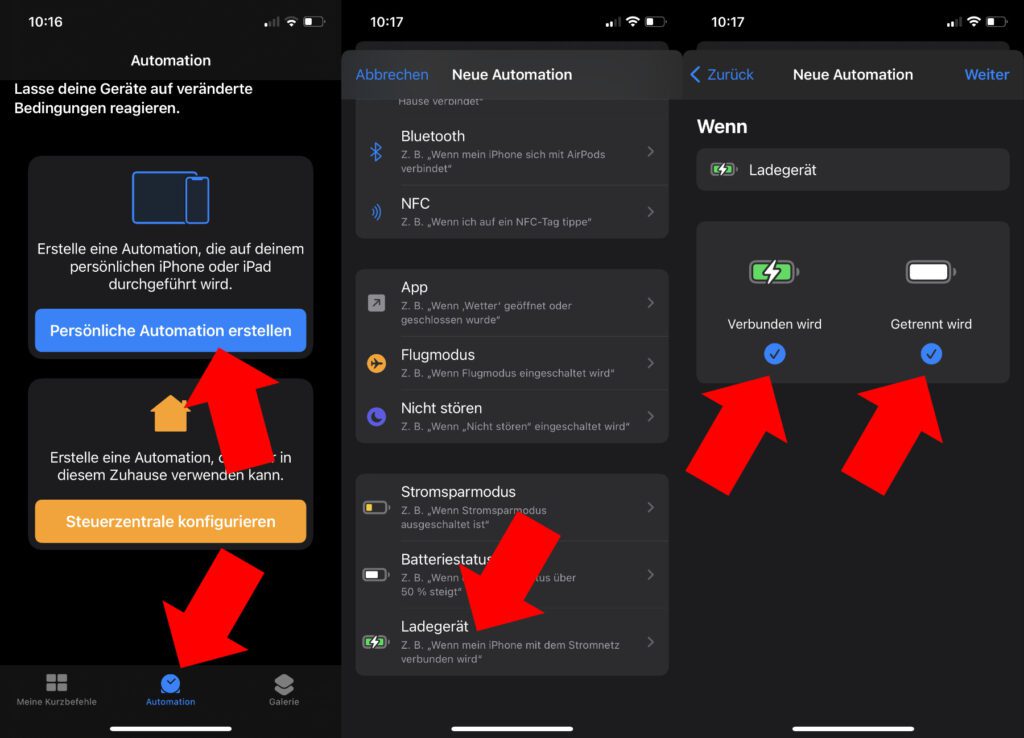 If you want to set up on iOS 14 on the iPhone that Siri announces the battery level when connecting and disconnecting the charger, then these are the first steps. 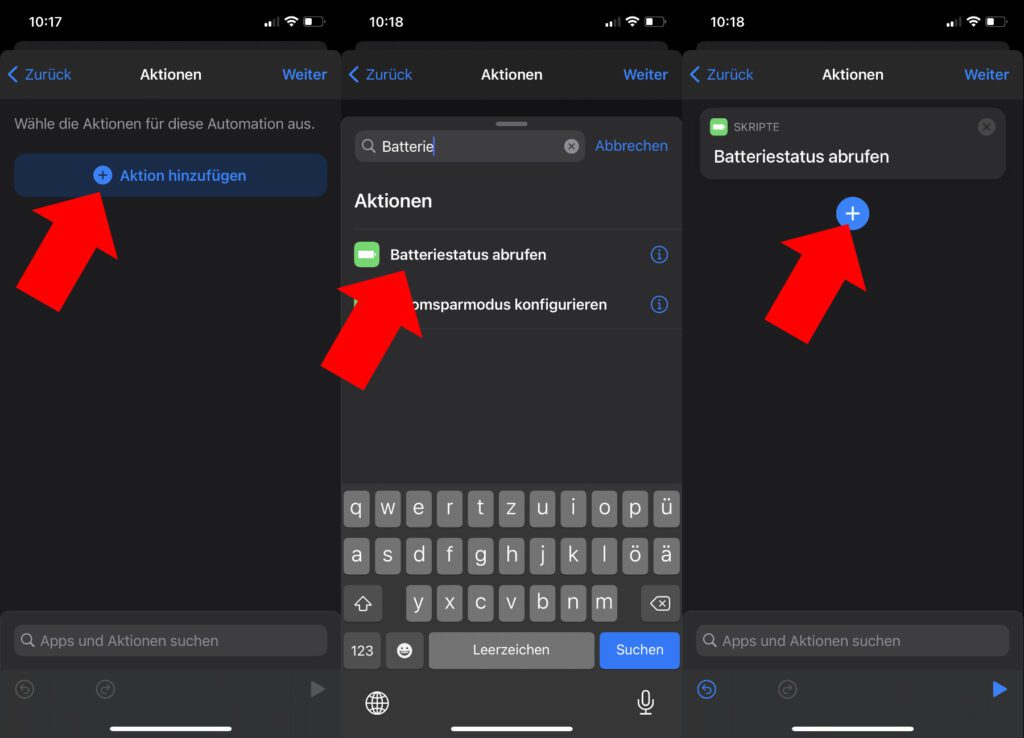 You have to pick and combine a few options and features for the shortcut to work. 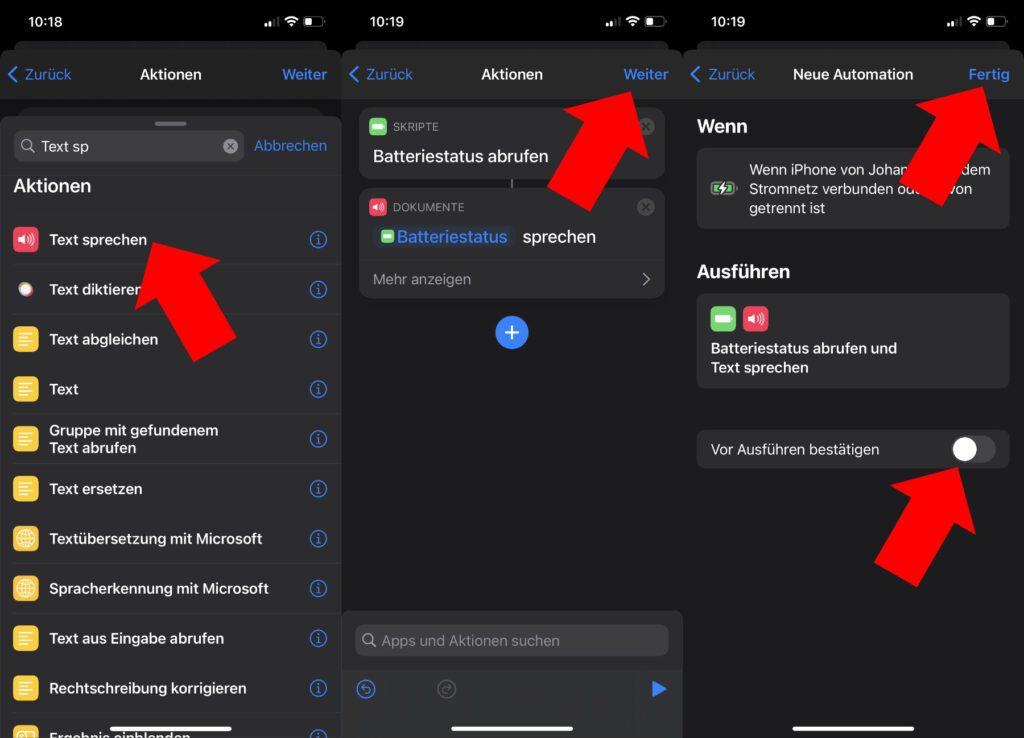 If you deactivate the option "Confirm before running" before tapping on "Done", you have to confirm this again (a message appears for this). But then you're as good as done.

Battery status announcement by Siri: What I noticed while trying it out

As you can see from the pictures, I've tried the whole thing. I noticed the following things: