iOS News: Version 14 without updates, no downgrade to 15.2 possible 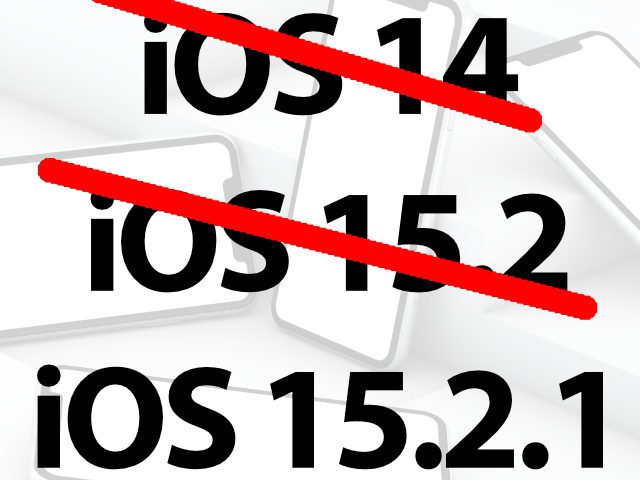 There are currently some interesting developments relating to the Apple operating system iOS, which could be important for users with current iPhone models. On the one hand, there are reports that there will be no more updates for iOS 14 in the future. In addition, version 15.2, released in December, has become obsolete. Now only an update to iOS 15.2.1 is possible, which came out on January 12, 2022 and z. B. closed the doorLock vulnerability has. You can read below why the whole thing is causing a stir in the trade press.

There will be no more updates for iOS 14 on the Apple iPhone. In addition, the options for an update or downgrade to iOS 15.2 have been withdrawn. Apple is currently pushing for version 15.2.1.

With the iPhone 12, the then new operating system iOS 2020 came onto the market in 14. That's not so long ago. Still, Apple seems to want to push iPhone users to move to the 2021 system iOS 15, which came out in conjunction with the iPhone 13. Like Ars Technica in one Post indicates that there will be no more updates and fixes for iOS 14 in the future.

Since compatible devices can also use iOS 15, users (who still want updates) will have to switch. Apple refers to one in this regard Support page, which states that iOS 14 will only get updates "for a limited period of time". That period is probably over now. Unlike macOS versions, where several current and older versions usually continue to receive updates.

Among other things, the "doorLock" baptized HomeKit bug (Details here) should be closed with iOS 15.2.1. I already lost a few words about this in the last newsreel. Now I have, among other things, in a Articles read by 9to5Mac that Apple is pushing for this version of the iPhone operating system and making it difficult or impossible to load the previous version.

This also makes a downgrade impossible, so you have to stick with the current system version. So if you have problems with it and are struggling with a bug or an app problem on your own device, you have to wait for the next update. By the way, I've read that you can't go back to iOS 15.3 from the iOS 15.2 beta either. From there you have to switch to iOS 15.2.1 or wait for the public release of iOS 15.3.