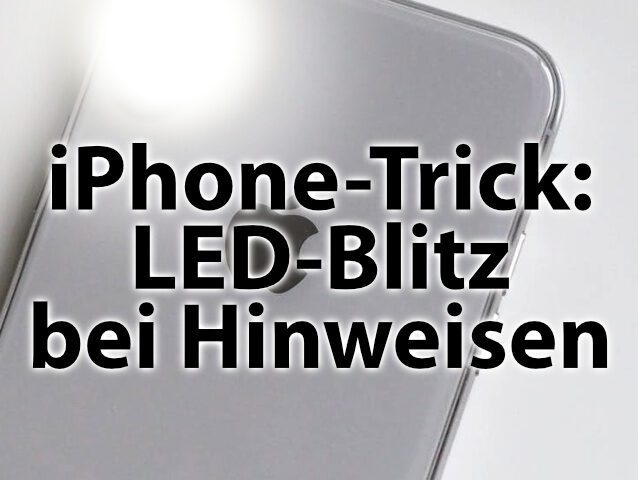 If the Apple iPhone is set to silent, you are in noisy surroundings or if your hearing is impaired, there is a great trick in iOS. In the settings you can specify that the LED flash should light up for information and notifications. These are the LEDs on the back of the iPhone that are used as a flash for photos with the smartphone camera. If you want to use it as a visual notification, you will find the necessary instructions below.

Instructions: Let the iPhone LED flash light up for notifications

With every new iOS version, there are always new features and tools on the iPhone that make it easier and more comprehensive to use. These innovations are not only packed on the latest edition of the Apple smartphone. I have the setting for setting up the LED flash as a visual notification under iOS 14, for example. B. also found on the iPhone X from 2017: 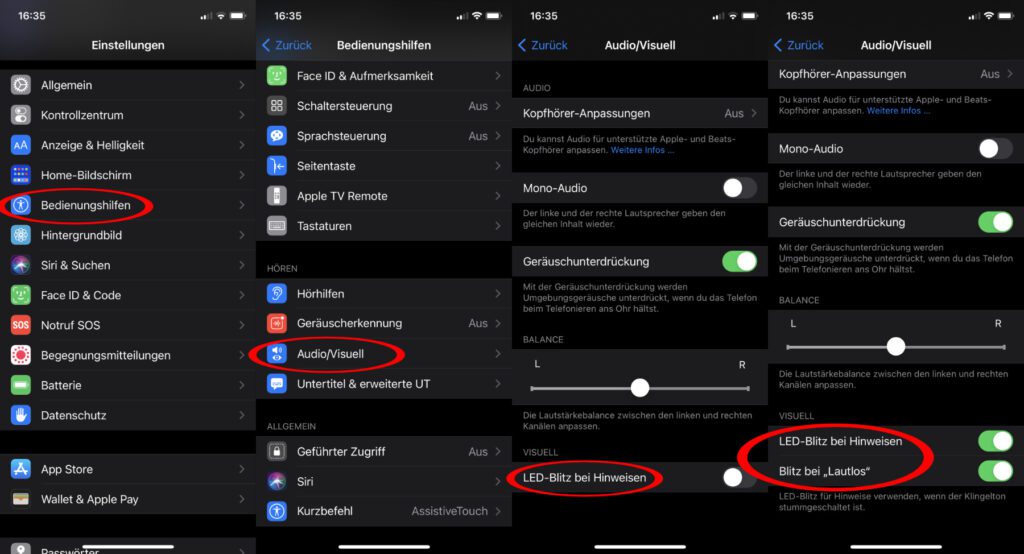 You can find the iPhone help "LED flash for notices" under Settings> Accessibility> Audio / Visual. This allows you to have notifications sent to you via the camera flash on your Apple smartphone.

Locked device and iPad Pro: Further information on the function

Im Support document On the subject, Apple has listed a few notes on the “LED flash for notes” user guide. For example, it only works when the iPhone is locked. Logically actually, because you hardly notice the lightning when you use the iPhone and hold it in your hand - with the display facing your face. However, if it is lying on the table with the display facing down, the LED is more likely to be flashing. Incidentally, the same applies to the iPad Pro from the 2016 version. There you can also find the function in the iPadOS settings.