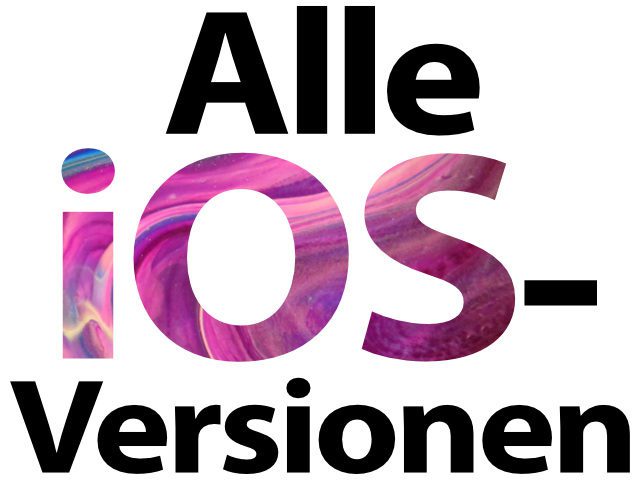 With the first iPhone in 2007, Apple also released the first mobile operating system for this and other devices. At that time, the portable offshoot of OS X on the Mac was still called "iPhone OS". Later, the system based on Darwin, based on the XNU kernel and built in ARM architecture was simply called "iOS". It also functions as the operating system on the Apple iPod Touch. It was also used on the iPad until 2019, before it was replaced there by the standalone iPadOS. Here you will find an overview of all iOS versions, with the release date and further information.

A list of all iOS versions can be found here. Overview of the iPhone operating systems from the first iPhone OS through various iOS releases to the current edition. The table with the release date and iPhone version of the year can be found below.

All versions of iPhone OS and iOS at a glance

In the following table you will find the individual iPhone operating systems from Apple as well as their release dates and latest versions. Because in addition to the first versions of the individual systems (always released with a new iPhone generation), there are several update stages, which usually range from the release to the next version. In addition, there are sometimes parallel updated versions such as iOS 12 for older devices and the following for newer devices.

Information correct as of September 2022

Here in the Sir Apfelot blog you will find useful guides and instructions for iOS on your Apple iPhone. We also answer questions and help you to solve individual problems on your smartphone Cupertino to solve. With each new iOS version, we also provide information about the compatibility with individual devices, about the new functions and about the changes to be prepared for. Feel free to browse the blog here or click one of the links below. Also like to subscribe Newsletter (appears once a week), so as not to miss anything.

Buy the iPhone manual from Amazon