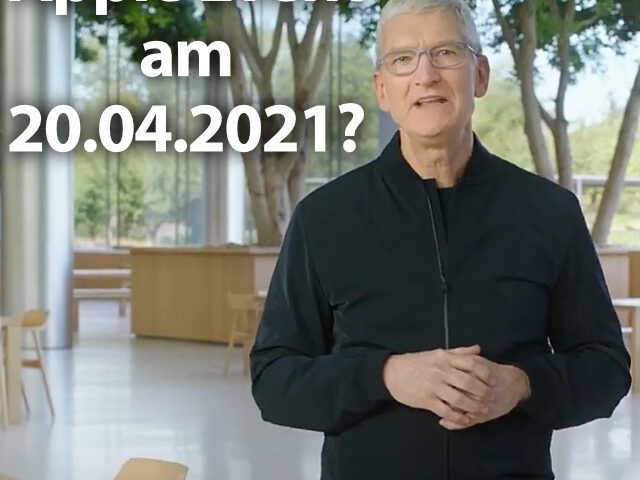 The next Apple event with new hardware will most likely take place in a week from today, April 20, 2021. An important indication of this is Siri information, which could be called up over a certain period of time in some regions. So berichtet z. B. MacRumors that Siri was heard by some editors and readers in response to the question "When is the next Apple event?" the answer "The special event is on Tuesday, April 20, at Apple Park in Cupertino, CA. […]" gave. After reading this, I tried the same thing but was directed to the Apple website without a date.

Left: A screenshot that can be found in the linked MacRumors post. Right: My Siri request that couldn't bring up a date.

If there is a hardware release from Apple next Tuesday, it will probably again be a pre-recorded keynote. As the coronavirus pandemic continues, it will certainly not be a face-to-face event, but a stream via the Apple website, YouTube, Apple TV and so on. Various devices and gadgets come into question as hardware that could be presented.

For example, an iPad Pro with a 12,9-inch display and mini LEDs is expected for its operation. Furthermore, the trackers called “AirTags” have been expected since last year, due to the lack of an official name. With the opening of the “Where is?” Network, speculations arose again about its early publication.

Of course, I will watch the upcoming Apple Event Stream directly when it is first broadcast and provide you with a summary in text and image form as soon as possible. You can see what that looks like with the last summaries here in the blog: