iPadOS - iOS with extras for a more functional Apple iPad 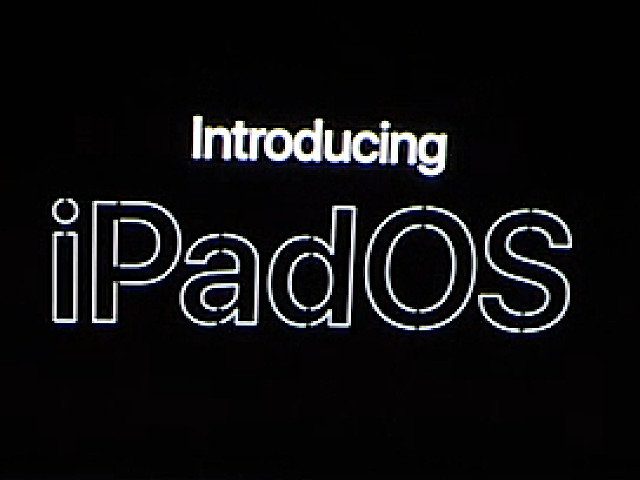 Besides macOS 10.15 and iOS 13 Apple also presented an (almost) completely new operating system at the WWDC 2019 keynote on Monday: iPadOS. The system for Apple tablets has all the advantages of iOS and supplements them with special features on the large display. The layout of app windows, word processing, web page display, and more have been improved. The Apple iPad is now the ideal piece of the puzzle between iPhone and Mac. I have summarized further information, details and pictures for you in the following. Leave your opinion on the new Apple iPadOS as a comment;)

As part of the WWDC 2019 keynote, Apple presented the first iPadOS for iPad tablets. Here you will find the most important features.

iPadOS as the new operating system for the Apple iPad

As a tablet with a larger display, the iPad has its own application possibilities and advantages compared to the iPhone. The tablet also differs greatly from the smartphone due to the pencil support and existing differences such as the dock and split view. iPadOS is thus a logical step towards a clear demarcation and the idea of ​​special functions that are more reminiscent of a computer than a telephone. New features have been created for viewing files, app windows and other content. There are also new gestures for text editing, which can accelerate the workflow. Last but not least, the possibilities for using the Apple Pencil have been improved.

Home screen with new dock, widgets, slide over and more

iPadOS already presents its advantages after unlocking the Apple iPad. The redesigned dock offers space for more applications and should be more user-friendly. In addition, individually defined widgets can be called up with a swipe from the left edge of the screen to the right (similar to iOS). If you swipe from the right edge to the left, there is a slide over that shows active or specially defined apps. You can scroll through these to display the currently required one. Further innovations include the "App Exposé" and the web preview of pages if you hold down their link.

Split View has been improved to speed up the workflow on the iPad.

Import and export of files has been improved

To make the tablet an even better replacement for a computer on the go, handling files and folders has also been made easier in iPadOS. So you can use the iCloud Drive via the files app including shared folders and file sharing. This not only gives you a better overview, but also enables you to collaborate more quickly with others. There is now a column view with preview, meta data, etc. like on a Mac.

In addition, external storage devices like USB sticks and hard drives are (finally) supported. In addition, pictures and videos can be imported directly from cameras (DSLR, action cams, etc.) via a cable for quick editing and sharing. The closed iPad system is finally being opened for this! In combination with the support of USB OTG input devices, you can do a lot on the go.

The Apple iPad is repeatedly advertised with creative processes. With regard to word processing, new gestures have now been introduced to help with dealing with written words. This makes it quicker and easier to place the cursor. Marking of text has also been improved. To cut out marked text passages, three fingers are pulled together twice in a row on the display. Contracting once also has a function: copying. If you pull the three fingers apart again at another point, you will paste in the previously copied or cut text. If you swipe aside with three fingers, you undo the last step.

But not only for Multi Touch, but also for using the Apple Pencil, there is news in iPadOS. First, the input latency was reduced from 20 ms to just 9 ms. In addition, there is now a practical tool palette that can be freely positioned on all four sides of the display in order to work individually. If you swipe into the display from the lower left corner with the Apple Pencil, a screenshot of the current display is created, which you can edit immediately with the stylus - there is no need for a key combination and you don't have to put the pen down. Even tapping on the remains Screenshot preview .

This point was not elaborated on at the Apple WWDC 2019 Keynote, but it is important for developers of iPad apps. The PencilKit API ensures that third-party software can also benefit from the capabilities of the proprietary stylus. The possibilities that will arise in creative and other programs have yet to be seen.

Better input with Safari shortcuts and a smaller keyboard

As already indicated above, there are some adjustments for web use on the iPad under iPadOS. Among other things, links can be held for a long time in order to display a preview of the linked website. In addition, Safari is now equipped with a desktop view of websites so that the large display area does not collide with the mobile view of the pages. This also ensures better use of the pages, for which 40 new shortcuts are offered in Safari. This can be worthwhile for forms, WordPress or other backends, menu-heavy websites, etc. There is also a download manager for the Safari app, just like on the Mac.

Some of the new iPadOS Safari keyboard shortcuts may be difficult to implement on the display. A Bluetooth keyboard is worthwhile here.

The keyboard in iPadOS can now also be detached from the lower edge of the screen and, for example, packed in a small, compact design in the lower right corner. This not only improves the one-handed entry of text and emojis, but also gives a better view of the website or app that you are currently using without the keyboard covering much of it. Speaking of the keyboard: fonts will soon be available for download in the App Store in order to be able to adapt apps and their design. The fonts, which can be safely downloaded and purchased via the App Store, should then also be usable in graphics, design and word processing programs.

Your opinion on the Apple iPadOS

What do you think of Apple's move to give the iPad its own operating system, albeit one derived from iOS? Will this improve your workflow or would you have adapted some things even more or better to the computer counterpart? Feel free to leave your opinion and your thoughts on it as a comment :)