The new iPhone 6 - my first impression 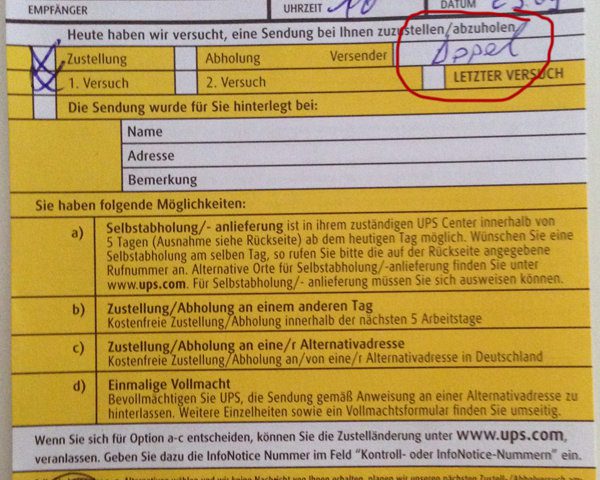 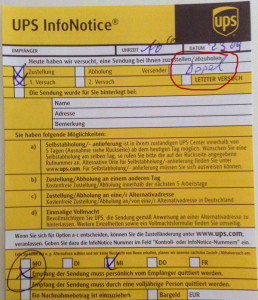 Most people that get one iPhone ordered You will know this situation: You expect the delivery every day, are away for a while, come home and find the notification from UPS in the mailbox, which informs you that you could not be reached and that the next delivery attempt will be made tomorrow. The whole thing has happened to me twice with the iPhone 6 and today was the third attempt by the poor UPS delivery man, who "floundered" me a bit when I was handed over, because I am always gone when he comes by. 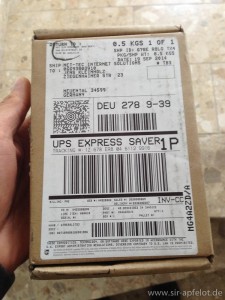 Finally arrived and accepted: the iPhone 6. 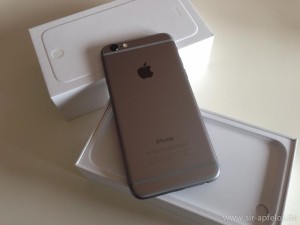 After unboxing the small 4,7 inch iPhone, the first thing that struck me was that the new model is a real hand flatterer. Tip at this point: My article too Buy used iPhone 6 offers good tips for saving! The design of the iPhone 3 is even better than the iPhone 6Gs, which already had this rounded back: The edges are rounded, but the back is flat. Only the slightly protruding lens ensures that the iPhone does not lie flat on the table. However, the small bump does not cause massive wobbling, as it is really just a tiny bump. When typing WhatsApp or messages, nothing rattles back and forth and you don't hear any rattling. 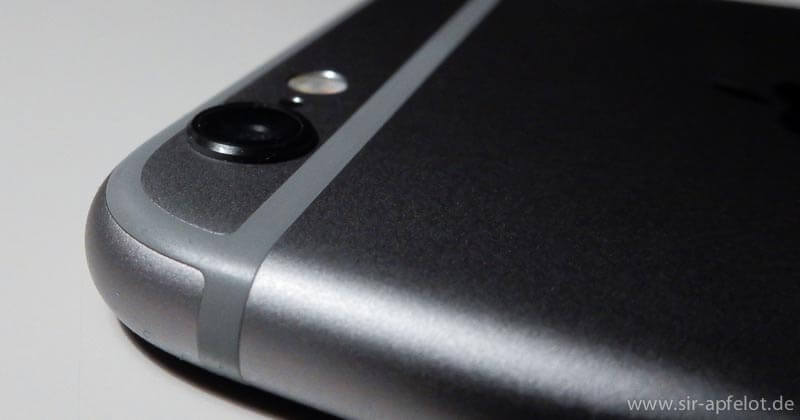 Is really only a fraction of a millimeter out: the camera lens of the iPhone 6.

Particularly noticeable is the glass of the display, which is curved down towards the edge and so "follows" the rounding of the edge of the device. It not only feels good, but also looks very good. For people who like to apply a screen protector, the rounded edge could turn out to be a problem, because the film will certainly not be able to cope with the curve and should be so difficult to apply. 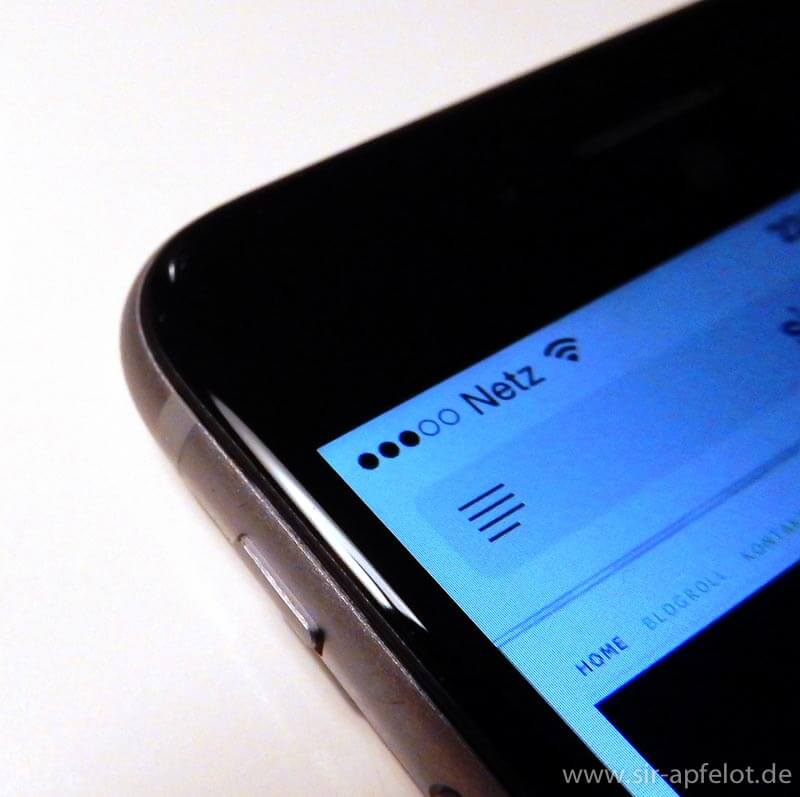 When taking a picture of the edge, you can clearly see that the glass on the iPhone 6 is also rounded at the edge.

Moving from the old iPhone to the new iPhone with iTunes

My old iPhone was the 5GB iPhone 64 - and the storage was as good as full. The migration of the data then naturally takes a correspondingly long time. I created the backup encrypted in iTunes, because this is the only way to transfer the maximum amount of passwords and data from the old iPhone. Anyone who works with the iCloud backup will certainly be asked by various apps how their access data were again. This is because these backups do not "take" some passwords with them for security reasons - who would like to have their banking access in the cloud?!? 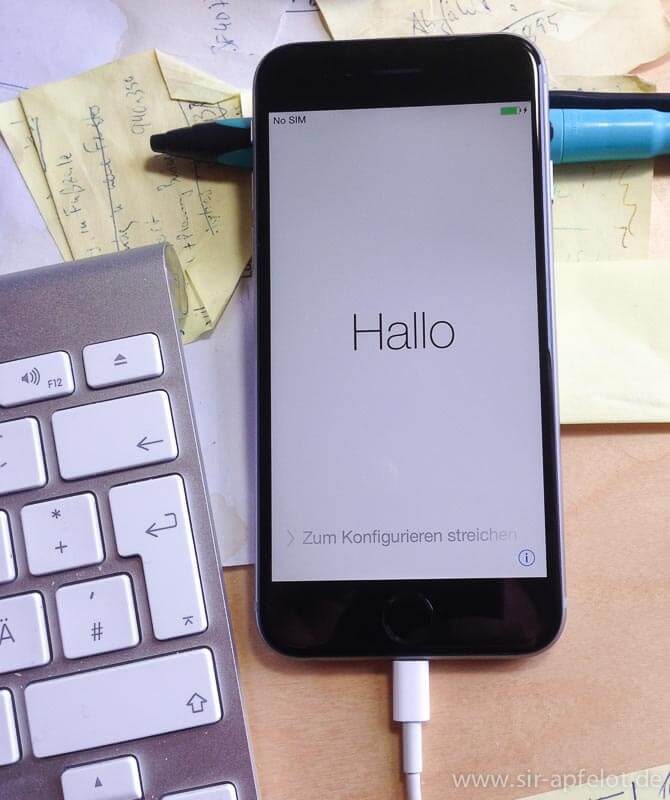 Say hello to the new iPhone 6!

After I saved the backup in iTunes, which took about 15 minutes, I had to import the backup into the new iPhone 6. Unfortunately, this procedure took a good 2,5 to 3 hours. But after that it went on very nicely: Since I only had the iPhone 5 up to now, Touch ID was new to me. But once you've used this feature a few times, you don't want to miss it anymore. It's so incredibly practical when you can unlock your iPhone when you "wake it up" - my praise for this technology!

The new camera is also impressive, on the one hand it has very fast autofocus and on the other hand it still takes quite good photos in the twilight - where I had a lot of noise in the dark areas on the iPhone 5. I haven't tested the time-lapse and slo-mo functions yet, but that will certainly be a pleasure for the next few days when the weather is better again.

I had some concerns about the size of the device. It was actually clear to me that I didn't want a 5,5-inch smartphone. I was concerned that the 4,7 inches might be a bit too big, but after unpacking and touching it for the first time, I can only congratulate myself on having ordered the "small" one. It lies very comfortably in the hand and the display is slightly larger so that it is more pleasant to use. Nevertheless, it is so thin that it bothers me much less in my trouser pocket than my old iPhone 5. For example, I couldn't leave the 5 in my trouser pocket while driving because it was annoying to sit on the "edge". The small 6 is barely noticeable and is therefore more comfortable to wear despite its larger screen diagonal. With the 5,5 inch iPhone, I would have serious concerns ...

In addition, the bending of the big iPhone has been a topic of conversation in the last few days - see mine #bendgate-Post. With the 4,7 iPhone 6 you don't have to worry about this. On the one hand, because the device is shorter, you have a smaller lever to bend and, on the other hand, the construction is slightly different, because the SIM card slot and the volume buttons are not directly opposite, as is the case with the 5,5-inch iPhone is. As a result, the housing does not have this weak point, which is obviously always the knick-knack point in the bending actions.

My conclusion - everything done right!

With the new iPhone 6, I can only say thumbs up: the technology is great and the feel is also extremely successful. Certainly an iPhone model with which one can easily bridge the next 2 years until the [iPhone 7-> iphone 7 wish list]! :)