The selfie: for some, a way of living out one's narcissism digitally. For others, it's an art form of its own. Personally, I'm not that fixated on the looks (of people or myself), but of course I respect people who like to take or look at selfies. There are even suitable smartphone cases for the first group. Cases for the iPhone 6s and iPhone 6s Plus are available, for example, with extra LEDs or with the effective use of the iPhone's flash LED. In the following I would like to introduce you to a few models that are very popular with Amazon.

This cover can be advantageous not only for selfies, but also for calls, messages and the like. If you set the iPhone accordingly, the device's LED also lights up when other people contact you. The TPU cover then passes on the emitted light and thus shines indirectly. It also comes with a colored polycarbonate frame so that the iPhone is also shock and scratch resistant. 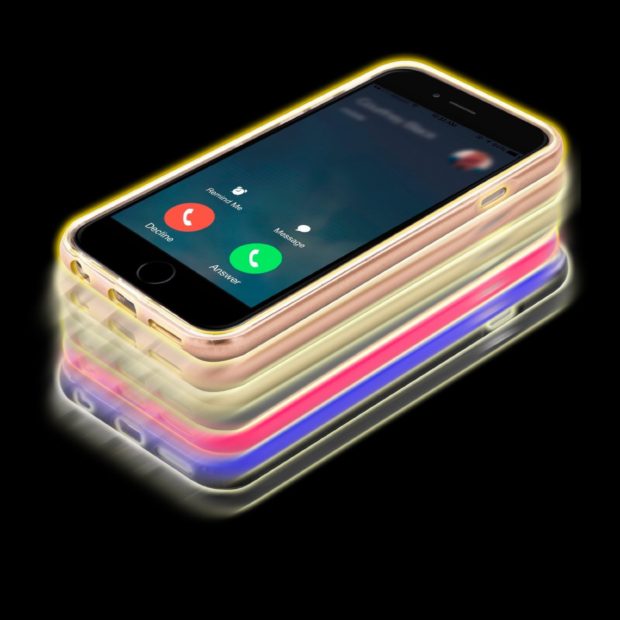 The cheapest selfie case for the iPhone 6 and iPhone 6s; Image source: Amazon

SAVFY smartphone case for the iPhone 6 (Plus) on Amazon

This model is also the cheapest because it does not have its own LEDs and therefore does not require a power supply. For less than 7 euros it is a great gimmick and also a good protection for the mobile phone. The following models are a bit more expensive, but even better suited to adequately illuminating selfies.

EasyBand LED smartphone case for the iPhone 6 or 6s: ideal for selfies

For just under 16 euros, this is a completely different level of smartphone cases. With its own power supply, which is also called Power Bank can be used (!), several LEDs are operated here. This is particularly suitable for an evening stroll through the city, a night in the club or other dark and dusky occasions. Even if there is no mirror at hand, the iPhone's front camera in conjunction with this lighting offers a good viewing option. 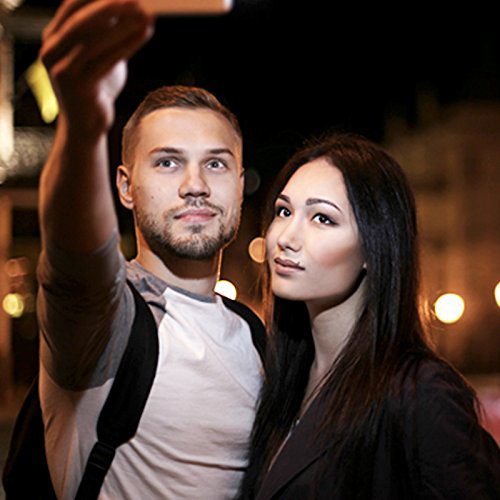 Of course, there are also a few very practical uses for this cover. Because it also fulfills the main tasks of a case, which are based on protecting the phone. In addition, the bright light from the numerous LEDs can basically also be used as a replacement for the flashlight.

This protective cover - or this device - describes a higher level. Because the technical possibilities of this iPhone case for the models 6 and 6 Plus as well as 6s and 6s Plus are quite extensive and also impressive. The following can also be read in the reviews on Amazon: "I am absolutely thrilled with this case. The battery lasts a really long time and the light actually improves the pictures. You can enjoy taking selfies even more. Absolute must-have gadget. I can only recommend." 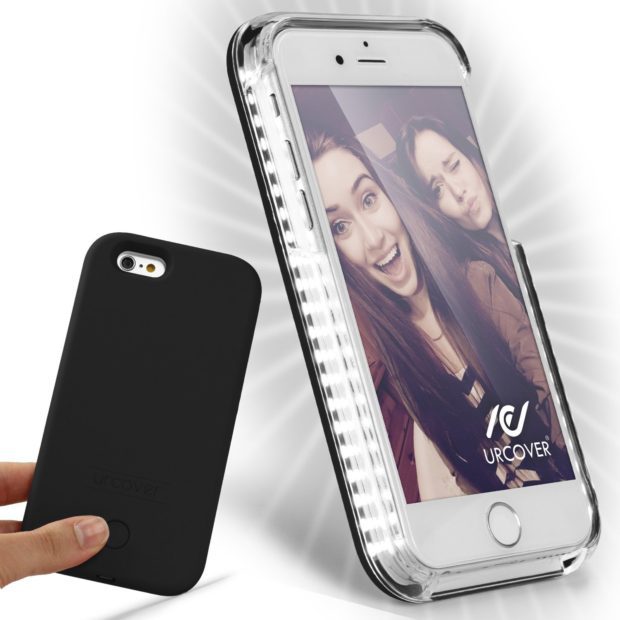 UrCover Selfie Case for iPhone 6 (Plus) and iPhone 6s (Plus) with plenty of LEDs, so that it can also be used as a flashlight; Image source: Amazon

Since the "selfie game" is taken very seriously and such products are on the market, it is no wonder that the word "selfie" even is in the Duden. There you can read this as a definition: "Self-portrait of one or more people, usually taken spontaneously with the digital camera (smartphone or tablet)" - the "spontaneous"But in many cases you can safely delete it;)

Conclusion on these special gadgets

Whether flashlight or actually just for selfie use; the covers described here are sure to be practical. Even if I don't really understand why selfies have become so important, it's nice to see that people are working on improving them. And as I said: there are also practical areas of application for the LED protective covers that are offered for the iPhone.