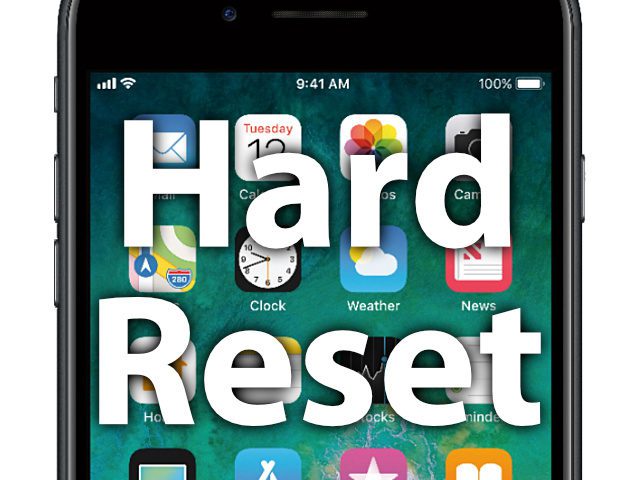 If you want to force the Apple iPhone 7 to restart because a bug has paralyzed the device or the screen has frozen for another reason, a hard reset can help. This is an iOS restart using a key combination that does not require any display entries or a home button. Only the volume down button (left) and the standby button (right) are used for the iPhone 7 hard reset. The iPhone 7 Plus Hard Reset works in exactly the same way. "Reset" does not mean "reset" here. The forced restart of the operating system does not delete any stored data.

If the Apple smartphone has hung up, the display no longer reacts to inputs and nothing moves when using the home button, you can still restart the iOS operating system. This is similar to when you switch an unresponsive computer off and on again with the power switch in order to be able to use it again.

Forced switching off and on on the Apple iPhone 7 (Plus) works by holding down the volume down button (left, bottom button) and the standby button (right) until the Apple logo appears on the display. This indicates the iOS restart. You may then have to enter your access code and the PIN of your SIM card. Then the cell phone can be used extensively again.

If you want to force the iPhone 7 to restart or perform an iPhone 7 Plus hard reset, then use this combination: Hold down the volume down and standby buttons and release them when the Apple logo appears on the display.

Force restart the iPhone 7 with a hard reset

The Apple smartphone can hang up due to software errors, a bug in an app or in the system, and other errors. Then nothing reacts and most of the inputs via the screen or keys are in vain. The regular key combination for switching off and on again is then no longer implemented. In such a case, use the procedure outlined above, which you can use to force the iPhone to restart.

The iPhone key combination shown for the hard reset is limited to the 7 and 7 Plus models. With previous models as well as with newer Apple phones, different procedures are used when a restart is to be forced. Here we have listed a few of the previous guides and instructions on the subject so that you can see how other iPhone models and their operating systems can be restarted in an emergency: