Depth of field on the iPhone 7 Plus: Portrait mode against DSLR camera

With the iPhone 7 Plus and its double camera, Apple has to Keynote 2016 tried to start a new chapter of the Smartphone photography initiate; namely with the Depth of field. The Portrait mode of the iPhone 7 Plus should lead to objects and / or people in the foreground being displayed as sharply as possible. The background should meanwhile be blurred; the photo is out of focus in depth. But can this portrait effect compete with real DSLR recordings? The network knows.

What moves me most about switching from iPhone 6 to iPhone 7: the cameras; Image source: Apple Keynote 2016

Not all portraits are created equal

Admittedly, the depth of field (also called "bokeh" on the keynote) is not only important for impressive portraits, but also for artistic macro shots. Flowers, insects and other small image centers are particularly important and should stand out visually and literally from the background. How well the iPhone 7 Plus copes with this task is shown, among other things, by this comparison on imgur.com:

Zach Epstein from BGR.com concludes from the recordings that the iPhone 7 Plus cannot be fully assigned or denied the bokeh capability. The wide-angle camera of the smartphone would be somewhere in between. You can make out a difference and the Nikon D800 has a clear advantage - but the pictures are not portraits.

If you look beyond the flower box, you can see the effect already bearing bigger fruits. Unfortunately, there is no iPhone 7 Plus available for Sir Apfelot's own tests (delivery date is October); but the network helps out here too. Because among other things on apfelpage.de there are impressive pictures that put the portrait mode of the smartphone in the right light.

Finally I want you guys this post from the MacRumors forum recommend. There you can find this picture: 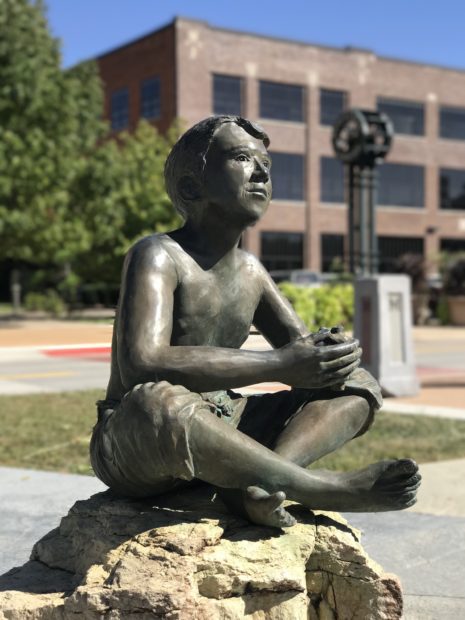 A picture taken in portrait mode with the iPhone 7 Plus. Colors, sharpness and depth of field are very, very good in my opinion. Image source: see link above

Admittedly, DSLR cameras with appropriate lenses would also be able to distinguish the foreground from the background. But these are still two smartphone cameras that are merged by software. That’s a remarkable picture for that. And the other pictures in the post show that many more great shots are possible with the iPhone 7 Plus!

My conclusion on the portrait mode of the iPhone 7 Plus

Of course, single-lens reflex cameras with appropriate lenses and the right handling can create better images. But for two buttonhole-sized cameras, I think the results of the iPhone 7 Plus are outstanding. If you don't want to equip your photo studio with it, but want to take snapshots, you definitely can't complain.