iPhone instructions: Set up and activate the "Do not disturb" option 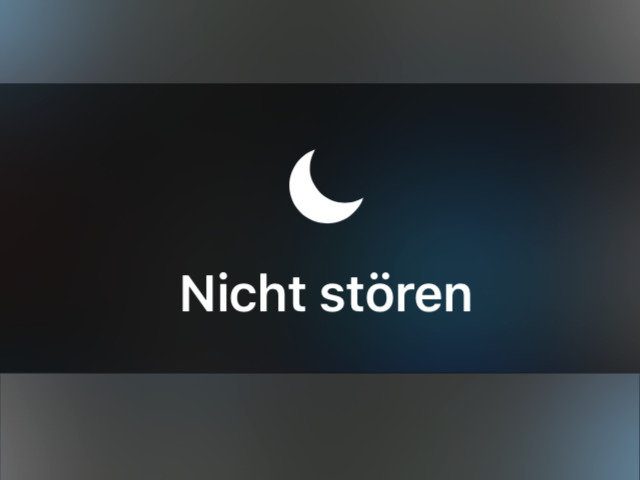 Do not disturb - this iPhone feature does exactly what it sounds like. Because if "Do Not Disturb" is activated on the Apple smartphone, calls and messages are muted and the display is prevented from lighting up. This is especially helpful when you are in the cinema, in the theater or at the dining table. There are different approaches to activating the do not disturb function on the iPhone. The fastest option is probably via the Siri voice assistant.

Activate the iPhone “Do Not Disturb” option via Siri

Do you want to use Siri so as not to be disturbed by a call, a push message, a text message in the messenger or other alarms? Don't you just want to mute the device using the switch on the side, because then the display can still light up? Then use it again Hey Siri! just the command Enable do not disturb. 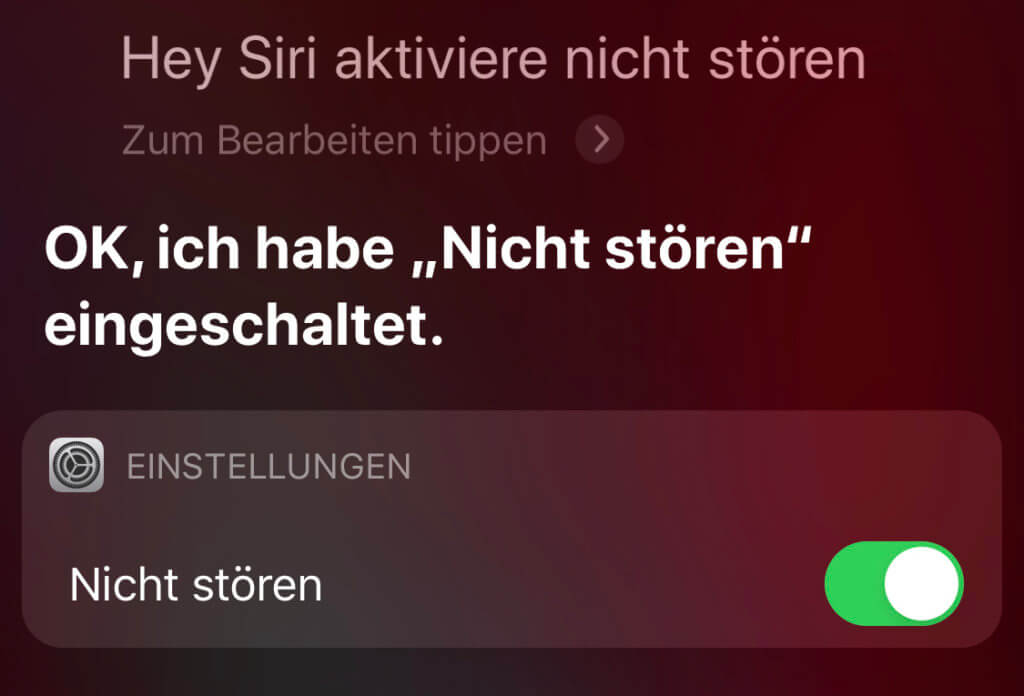 Activate the iPhone's "Do Not Disturb" function - it's very easy with Siri.

Of course, you can also use Siri to deactivate the function again so that you can hear and see again when calls and messages want to get through to you. Because even if they don't pop up when the option is activated, a reaction to Hey Siri! there are nevertheless. Just use the command to deactivate Turn off Do Not Disturb. 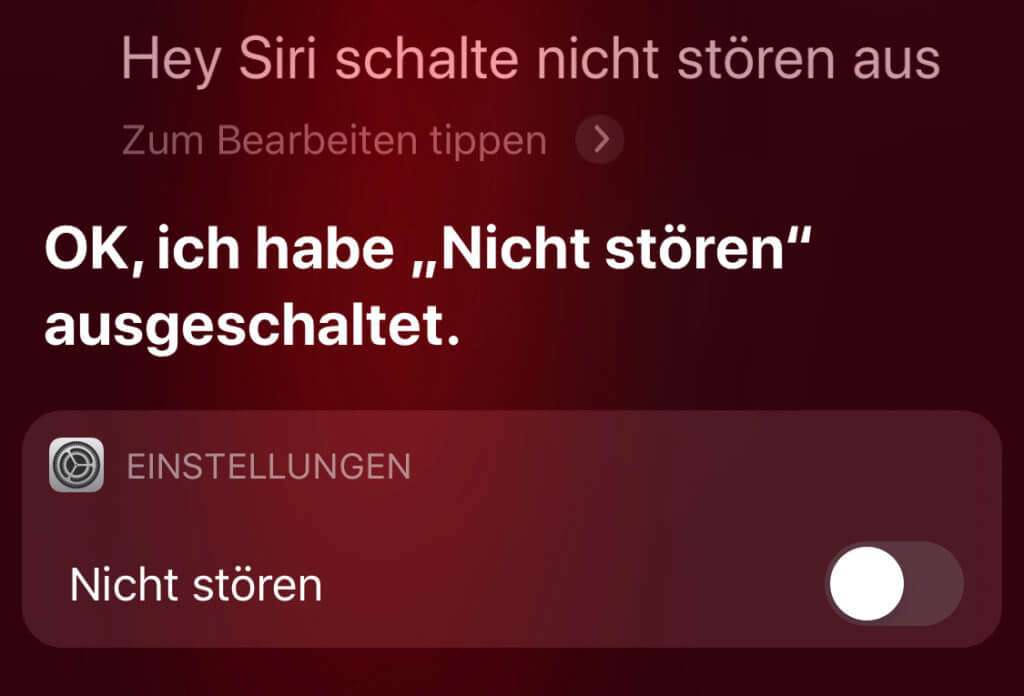 If you can't or don't want to use a voice command, the feature for more peace of mind can of course also be activated via the iOScontrol center set up on iPhone. To do this, simply open the control center by swiping down from the top right of the display. Then tap on the moon icon. Now this will be colored, indicating that Do Not Disturb is enabled. 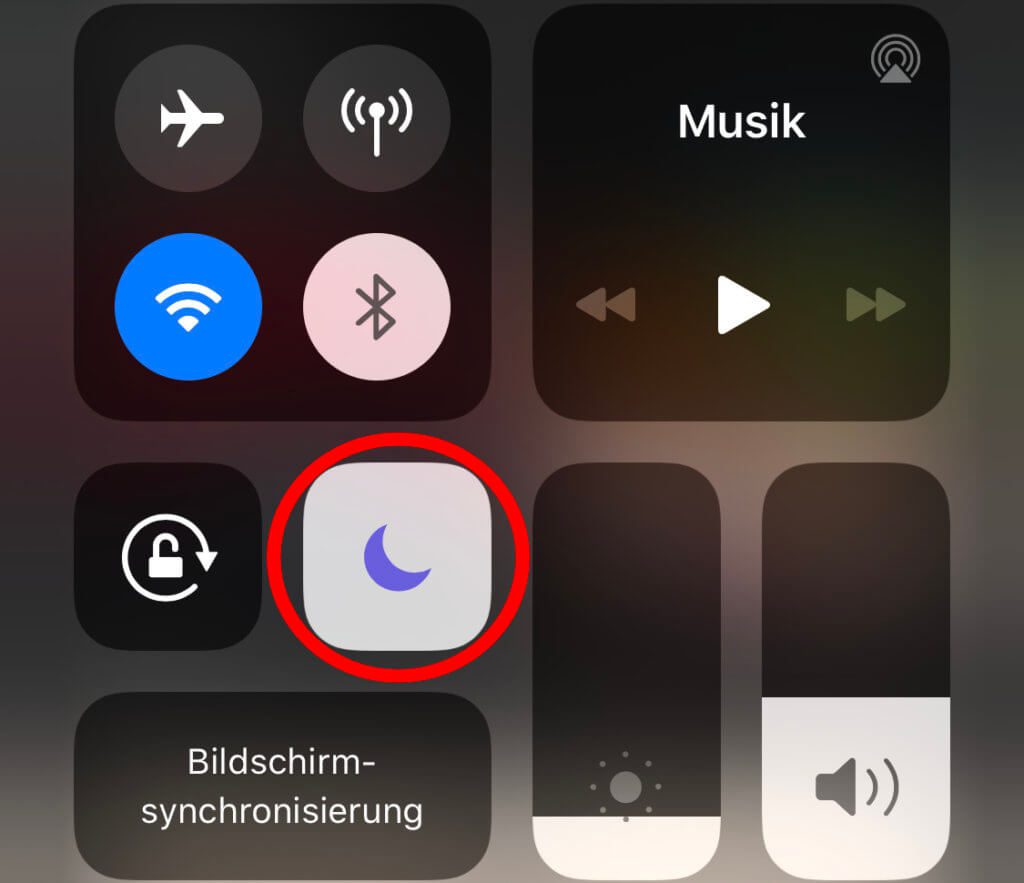 You can also activate and deactivate "Do Not Disturb" in the iPhone Control Center. Here is a screenshot from iOS 13 with the button highlighted.

If you touch the symbol a little longer, you can refine the setting a bit. For example, you can set the sleep mode for 1 hour, until the evening of the current day, until you leave a certain place or until the end of the event currently entered in the calendar. The latter in particular is ideal for video conferences and other meetings / for work. 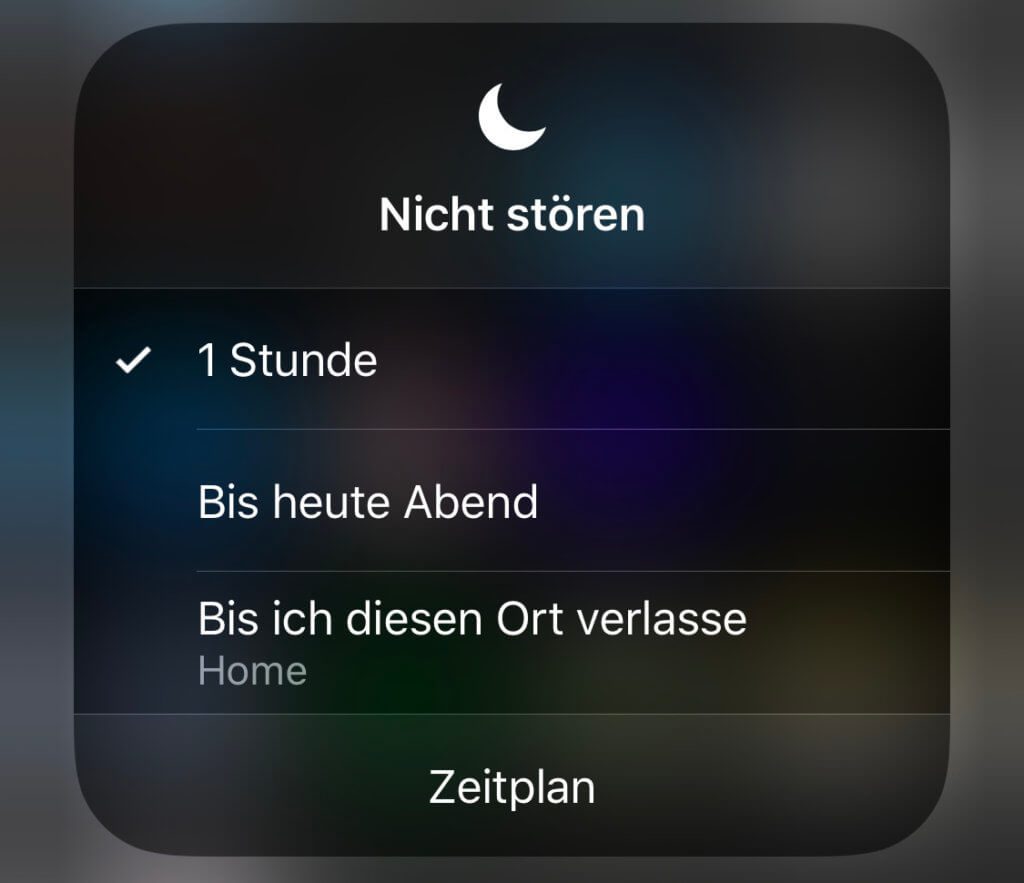 Set schedule, call exceptions and more via the settings

As you have already seen on the Siri screenshot above, "Do not disturb" can also be activated or deactivated by trying the settings. This is particularly helpful if you want to set further specifications. For example, a schedule can be set up so that the function is always automatically switched on or off. In addition, you can specify whether and whose calls should be allowed through despite the activated option. Similar to the Screen time settingswho can also let emergency calls through during a break. You come to the special options of "Do Not Disturb" Settings -> Do not bother. So very simple;)