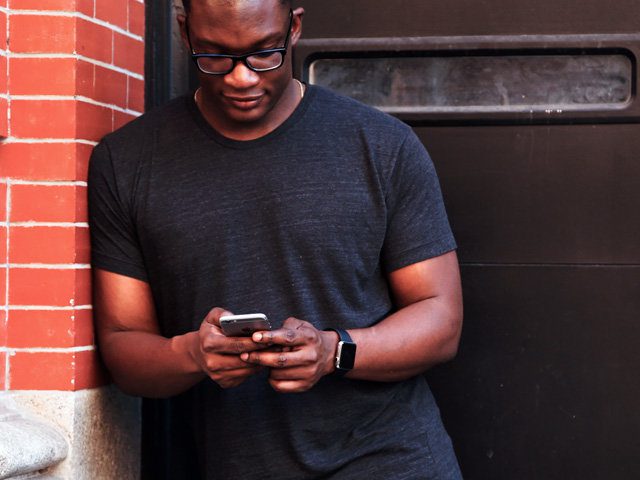 The Apple iPhone no longer works and you urgently need help because you can no longer see anything except a black display? Then you've come to the right place - I've put together a few solutions, tips and tricks for the problem. So you know what to do when the iPhone no longer turns on.

The iPhone will no longer turn on or the iPad will no longer start. Black screen and only an apple symbol on reset? Here are a few solutions to the Apple problem!

A problem can quickly arise with the iPhone as well as the iPad or iPod, especially when traveling or when there are significant temperature differences: the battery is empty. If the battery has absolutely no more juice, then the Apple device will no longer work either. So connect the iPhone to a charger and don't be surprised if it still doesn't work. A bit of Apple Juice must be available to switch on, so let it charge first and then try again;)

Tip for on the go: iPhone cases with integrated battery

No reaction when the power button is pressed: press and hold

The iPhone does not turn on, charging is useless and resetting with the buttons on the device did not help ... If the screen stays black or does not go beyond the apple display after the last step, you can use the iPhone (and iPad or iPod) also replace it. In doing so, as in the previous step, data can be lost!

Once you've come to terms with this fact, connect the iPhone to your Apple Mac or Windows PC using a USB cable and start iTunes. In iTunes you then select the device that no longer starts and click on "Restore". The good thing about it: the app tries to save the data that is still there. So not all contacts, pictures, videos and game saves are lost per se.

After the data recovery from the iPhone or iPad, which can no longer be switched on, has been carried out, you will be asked whether the device should be set up with an existing backup or completely new (factory settings). The first option brings you all the settings and data from the last backup, but maybe also the error that caused the iPhone to fail. The second option ensures a fresh iPhone with no bugs.

If the iPhone, iPad or iPod cannot be reset as in the last step, then using another Mac or PC can help. If iTunes is installed there (and you may be able to access a backup from this computer), then reconnect the Apple device via USB and try the steps above for restoring or resetting iOS on the iPhone again.

When upgrading to a new mobile operating system, errors can also arise. That is why Apple makes it possible to return to the previous version of the iPhone, iPad and Co. after rolling out a new iOS version. If you want to switch the system back to the old iOS, then you either need their .ipsw file on the computer or a backup of the system, which is in the folder ~ / Library / iTunes / iPhone Software Updates that file should contain.

iPhone no longer starts: replacement as the last step

If the iPhone just doesn't want to start anymore and all the aforementioned attempts are in vain, you should go to an Apple Store (resp. Apple Town Square) or contact an authorized dealer. Apple then first has to make three repair attempts. If this is not successful, you will be given a new iPhone. But also take into account the corresponding guarantee and warranty periods. An article on repair costs for Apple iPhones you can find here. You can buy an AppleCare Protection Plan or AppleCare + cheaply at Cyberport. If the repair costs are too high and a warranty extension is no longer possible, you can also apply directly buy new iPhone.

My iPhone is broken: where can I dispose of it?

The iPhone no longer works, it cannot be reset, the iOS cannot be reloaded and repairs are either pointless or too expensive - so what should you do with an unusable iPhone? Back to Apple! Apple has an ambitious recycling program. For the sake of nature, old iPhones, iPads, iPods, Macs, MacBooks and other Apple devices should be brought to the Apple Store. There they take care of the return to the material cycle ... I heard: D

The iPhone no longer works: what a shame!

Sometimes you have to bite the bullet and admit that products designed in Cupertino can break too. Have you ever had a case like this or were you able to salvage an iPhone that wouldn't turn on but came back to life via a USB connection to iTunes? Feel free to leave a comment on the topic - even if you can offer further help or give another solution, tips and tricks;)