iPhone Photos: Folders, Albums, and How to Edit Them 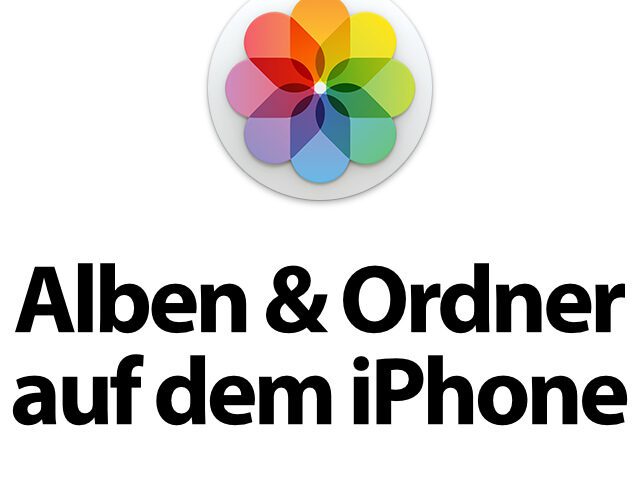 The Photos app on iOS on the Apple iPhone offers various options for organizing images, photos and videos so that you don't always have to search through the entire media library. But what is the difference between a folder and an album? What is the best way to create folders and albums and how can you edit them? You can find answers to these questions in this guide. If you still have a question or do you want to contribute your own tips and tricks, please leave a comment;)

iPhone Photos App: You can find the difference between album and folder here. There are also instructions for creating and editing folders and albums on iOS.

The difference between a folder and an album in the Photos app is really easy to explain: albums contain photos, and folders contain albums. To make it a bit more complicated, however, folders can also contain other folders: D In general, however, you can remember the following structure for organizing your pictures and videos on the iPhone:

Instructions: Create an album in the iPhone Photos app

If you have different photo and video recordings on your iPhone that you want to organize, then albums are a good option. To create an album for certain files, simply follow the step-by-step instructions below:

After this process, you will see your media overview, from which you can choose photos, pictures and videos that you want to include in the new album. If you have selected it and confirmed the selection, then you are done. The album has been created, the content has been recorded and you can now quickly select it via the album overview.

In order to manage your albums in the Photos app on the Apple iPhone, the path leads you again via the "Albums" tab. Tap on this and then proceed as follows:

You cannot delete a few albums that are available by default in the Photos app. In addition, the “last” album (the overview of all content, so to speak) and the favorites cannot be moved. Renaming these albums is also not possible.

Instructions: Create a folder in the iPhone Photos app

If you now have several albums and these are slowly becoming confusing, you can manage them in folders. Tip: It is advisable to first create folders and then create the albums in them. A folder can contain several albums. Folders can also contain other folders (e.g. “Vacations” folder -> “Balcony 2021” folder -> “Living room bar” and “Barbecue on the balcony” albums). To create a folder, proceed as follows:

In the created folder you can now create albums and folders via “Edit” and the plus symbol “+” in order to store photos and videos.

The instructions here are aimed primarily at those of you who use iOS 14. You can find more information on using the Photos app on iOS 14 and the option to view instructions for older systems in this Apple guide. There you can also access the album and folder instructions for iOS 13 and iOS 12 if you are using an older iPhone, that doesn't support iOS 14.