Let the iPhone screen read aloud: This is how you activate the feature 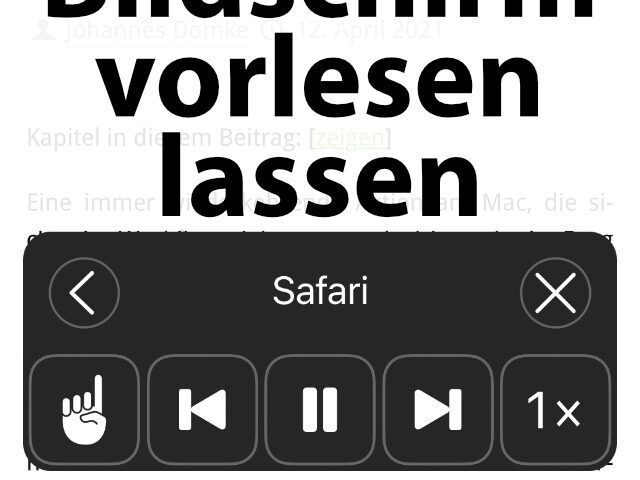 Sometimes I try out what Siri can do on the iPhone. When I recently wanted the content of the iPhone screen (a news article) to be read out, I was informed that this function had to be activated first. I have summarized how this works in detail in this guide. So if you want to have what is on the iPhone display read out to you, you will find the appropriate step-by-step instructions here. In addition, there is not only the option of selecting the reading feature by Siri voice command, but also by gesture. I will also show you a third possibility.

Test with a Sir-Apfelot contribution: You can have Siri read out the entire display text via "speak screen content" or only the highlighted part via "speak selection".

iPhone accessibility: Siri can speak the contents of the screen

In order to read the currently displayed text via Siri command or gesture input on the display, the corresponding feature must first be activated. Of course, the path leads again via the iOS settings. With the current version iOS 14, the activation of the reading function works as follows: 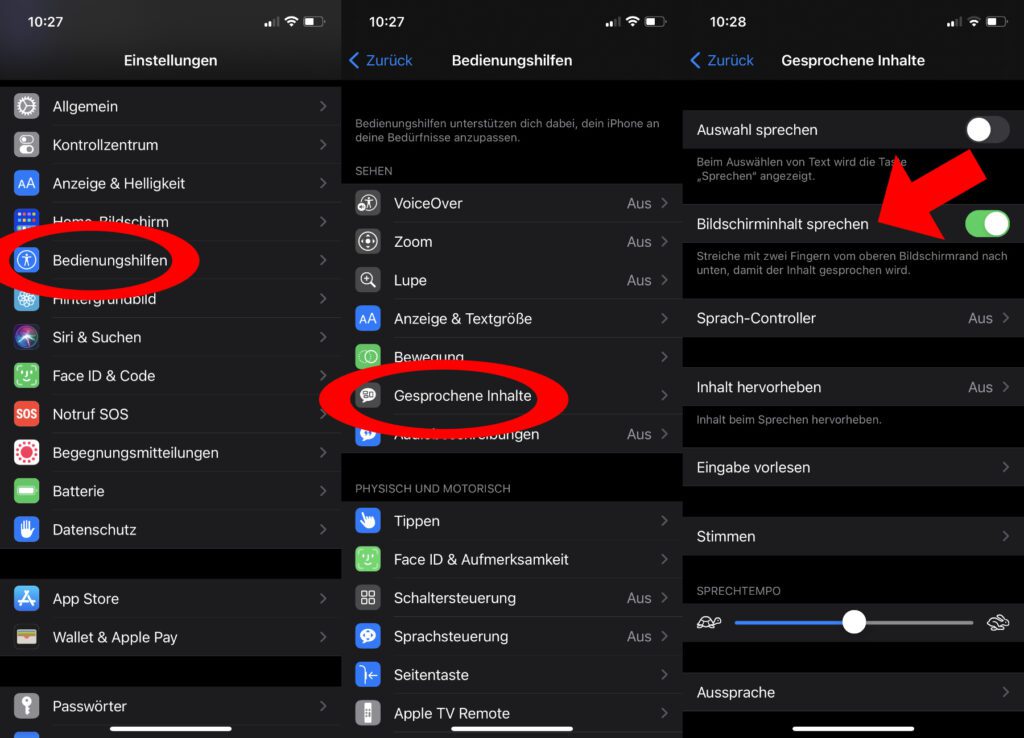 Speak screen content - If you want to have the entire display text read out to you on the iPhone, then activate this feature in the iOS settings.

As described in the section of the iOS settings shown, you can also have the text shown on the iPhone display speak using a gesture. Use two fingers to do this and swipe down from the top of the screen (from the notch). Siri starts playing the audio and a menu with control content appears.

Have selected text read out on the iPhone: Here's how

Unfortunately, the voice output option presented above reaches its limits here and there. And sometimes she also reads out too much unnecessary information or even hidden elements of a website / app. I choose z. For example, if you select a tweet in the Twitter app and want to have it read aloud using the feature shown above, pretty much everything, from the account name to the time, is converted into speech - except for the actual tweet content. But there is a solution for that too.

Because you can only have the specially marked text or part of the text read out to you on the iPhone using Siri voice output. For this, too, the corresponding function must first be activated. The way is basically the same as shown above: 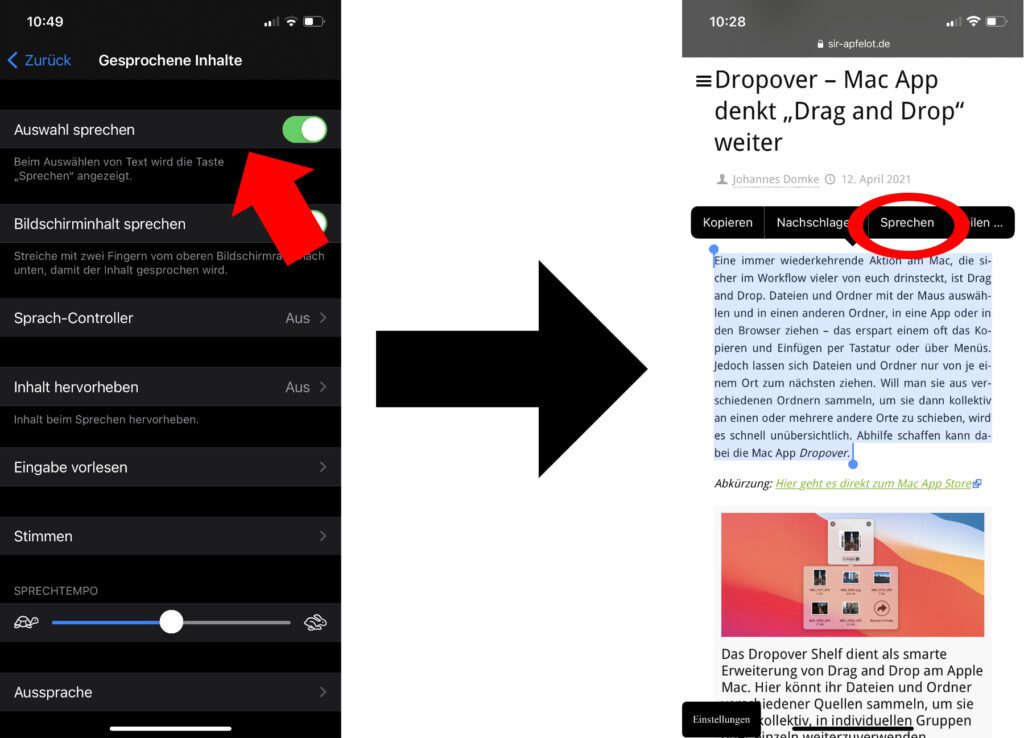 Speak selection - If you want to output the selected text on the iPhone as audio, then use this function in the iOS settings.