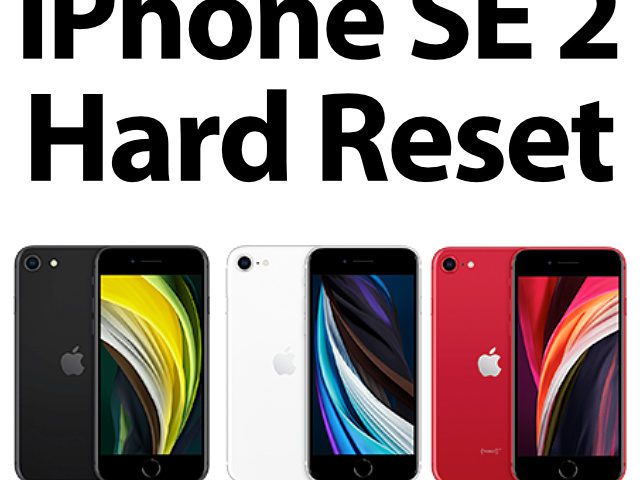 If you have to force a hard reset on the iPhone SE 2, then you've come to the right place. Because in the following you will find the instructions for the forced restart on the iPhone SE from 2020. However, this only involves shutting down and restarting the device, no memory or even the entire iOS system is reset. So you can use the procedure with a crashed device, a frozen display or a bugged app. Feel free to leave a comment if the iPhone SE 2 hard reset worked for you.

You can use the iPhone SE (2nd Gen) hard reset to restart the iOS operating system, even if the display or the home button no longer reacts to inputs. The volume buttons on the left and the side button on the right are used to reboot the iPhone SE 2. That's how it works:

Force restart the iPhone SE 2 with a hard reset

The iPhone can hang up due to a software error, a computationally intensive loop in an app, a bug in iOS and other errors. If the Apple smartphone then no longer reacts to inputs on the display or via the home button, more drastic measures are required. If a regular restart is possible via a key combination or the settings, it is better to go this way. In an emergency, you can use the hard reset.

In addition to the 2nd generation iPhone SE from 2020, the procedure described above also works on similarly structured models. So especially for those who have the two volume buttons on the left and the standby button on the right. So you can not only force the iPhone SE 2 restart by briefly pressing the volume up / down buttons and holding down the side button, but also the iPhone 12 hard reset or the iPhone X hard reset.

There is even more information about the forced restart of the Apple iPhone in official support document on the subject. Here in the blog you will also find many other guides, instructions, news and information on all other Apple topics. A small selection: