The fastest, easiest way to charge iPhone X, 8, and 8 Plus 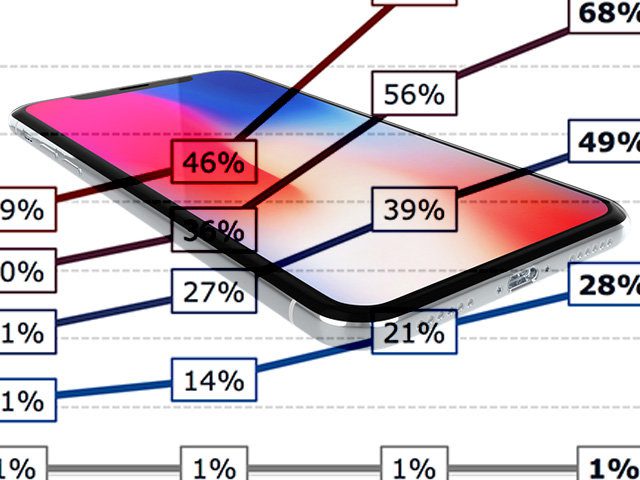 The ability to charge the battery of the Apple iPhone models X, 8 and 8 Plus faster not only via USB-C Power Delivery, but also wirelessly via Qi technology, not only results in new, rapid charging times, but also some questions . What's the fastest way to charge iPhone models from 2017? Is wireless charging of the battery faster or is it quick charging via USB-C PD? In order to answer these questions, I have consulted a few series of measurements. B. at MacRumors or in the extensive (!) iPhone X test by Mac Stories were published. 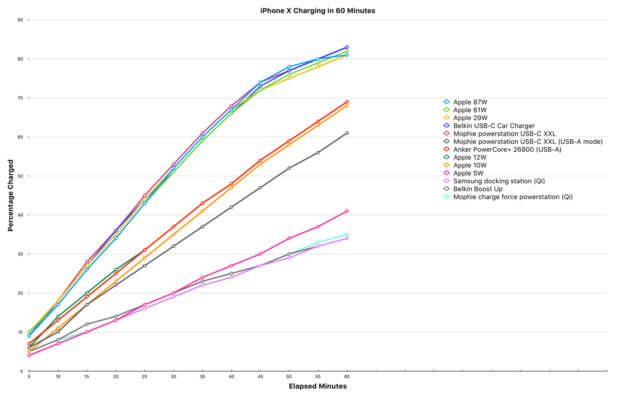 The diagram shows the charging of the iPhone X battery after different times and with different chargers. The groupings in the upper watt range are noticeable. Source: MacStories.net (click to enlarge)

What I find most interesting is that although differences can be made out in the various charging scenarios, certain groupings can be made out for both the one and the other source. The Apple chargers with 29W, 61W and 87W each performed very similarly in the MacStories test. And this observation is also made in the lower watts. Only the Apple charger with 5W proves to be a loner among the numerous tested models, which is no wonder given the small power. 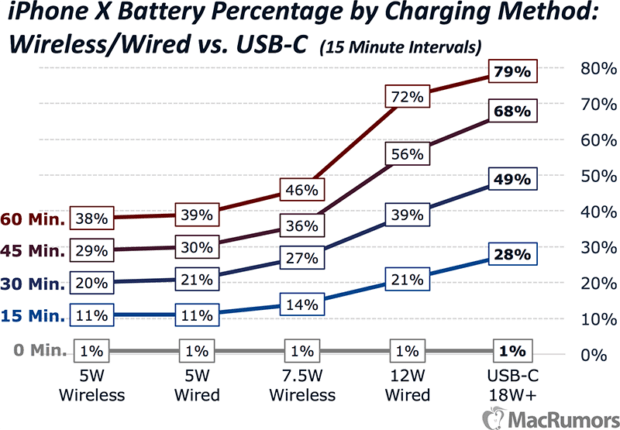 At MacRumors, wired chargers also dominate, but are grouped in similar percentages according to the same charging time. According to the graphics, after 60 minutes it hardly makes any difference whether you have used a USB-C charger with 18W or 87W. It is noteworthy, however, that a few larger differences occur beforehand - for example the 45% battery charge after 45 minutes in the 30W device, where comparison chargers with lower and higher watt numbers were already at 49%. The overview also clearly shows that it hardly makes a difference whether you charge the iPhone X with 5W wired or wirelessly.

Recommendation for fast charging: use at least 12 watt charger

As with earlier iPhone models as well as the Apple iPad or iPod, the percentage charge of the battery increases significantly when charging with 12 watts. As already mentioned many times here in the blog, chargers with 2,4A are highly recommended. The output of 5V voltage at 2,4A amperage results in the specified value, which also leads to a jump in the overview - from 46% after one hour with wireless charging with 7,5W to 72% with charging via cable and 12W (and that without USB-C). The values ​​after a quarter, half an hour and three quarters of an hour differ more significantly for the USB-C chargers from those after a full hour, which is also remarkable.

Here in the blog there are already some posts with the right chargers for the Apple iPhone models from 2017. You will also find further advice on the battery, the battery charge indicator and the like - so it's worth browsing;)