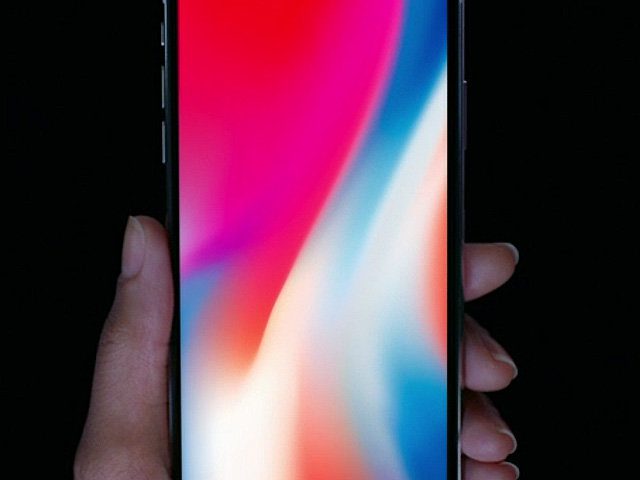 The new Apple iPhone X has a 5,8 inch Super Retina display with OLED technology and a resolution of 2.436 x 1.125 pixels at 458 ppi. This is the highest pixel density in an iPhone display to date. The Apple iPhone X display for upcoming smartphones from Cupertino is also setting new standards in other matters. The screen of the anniversary iPhone, which was presented in the Steve Jobs Theater by Tim Cook and his crew, has rounded corners and with iOS 11 a usable software alternative to the physical home button, which has fallen victim to the full-screen display.

Information and data on the iPhone X display with OLED technology and 5,8 inch diagonal. The first Super Retina HD display from Apple.

The Great retina display of the Apple iPhone X is so named because it combines the advantages of the mobile retina screens already in use with the advantages of OLED technology. Apple had to take into account the disadvantages of OLEDs (Organic Light Emitting Diode) in order to combine real color quality, brilliant colors and high contrast. There are usually disadvantages with OLEDs, especially in terms of brightness, color spectrum and accurate color rendering. However, according to Apple, they eliminated them for the iPhone X display.

The OLEDs in the new Apple smartphone do not have the disadvantages of conventional organic light-emitting diodes. Image: Screenshots from the Keynote stream from the Steve Jobs Theater

The 5,8 inch Super Retina display of the Apple iPhone X has a resolution of 2.436 x 1.125 pixels. It's not 4K yet, but it's better than Full HD. If you just want a full HD display, then you should go for this 8 iPhone Plus which was also presented at the Steve Jobs Theater yesterday! At 458 ppi, the new iPhone X display has the highest pixel density of any previous Apple smartphone. Incidentally, the maximum brightness is 625 cd / m². The contrast should be 1: 1.000.000 and the realistic HDR image reproduction is regulated by the HDR10 standard.

On the official website for the iPhone X from Apple.com the manufacturer from Cupertino points out the rounded corners of the display. The curves of the screen should follow the design and thus strengthen the overall impression of the product. If you measure the standard rectangle, i.e. with the corners as such and not as curves, you would not only arrive at the specified 5,8 inch screen diagonal, but also 5,85 inches (14,86 cm). "The actual visible area of ​​the screen is smaller.“, But you can read it on the page in the section on the display.

Summary of the data

If it is too troublesome for you, the individual data for Super Retina HD display of the 5,8 inch iPhone X from Apple from the text, then the following list will help you. I have briefly summarized the technical data for the smartphone screen of the new premium model from Cupertino:

Gestures: Replacement for the home button

The iPhone X display has swallowed the home button by extending it to the entire front of the phone. Instead of a virtual home button, which was once a rumor, there are now gestures under iOS 11 for the iPhone Ten that replace the functions of the home button:

Is the screen a selling point?

What do you think of the new Apple iPhone X, which you can hold in your hands from November 2017? Is the new large display with the practical replacement for the 10-year-old home button a selling point for you? What about the resolution, the great color rendering and the cameras (. some data on it) - what is the biggest selling point for you? Please leave a comment with your opinion and your wishes for the upcoming iPhone models from Apple;)