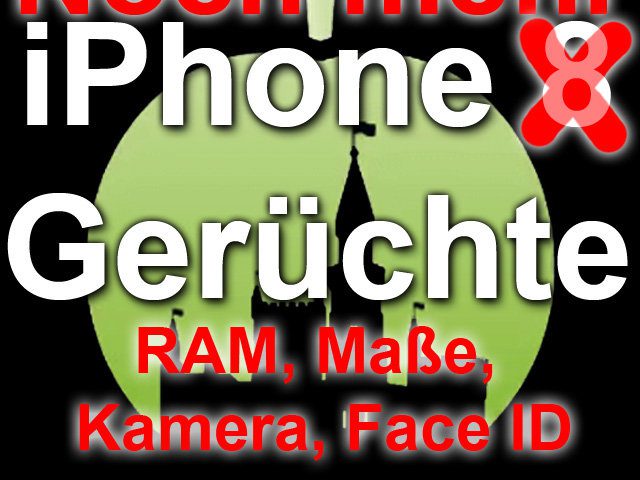 Today takes place Apple September Keynote 2017 instead and we can be curious what to expect with regard to the new iPhone models ... or not? Because apparently everything has already been leaked and read, teased out of beta from iOS 11 and betrayed by suppliers. So it may be that we will see different iPhone models today - from iPhone 7s to iPhone 8 to iPhone X (with or without the respective “plus”). Can Tim Cook even create wow effects and follow in Steve Jobs' big footsteps? Or are those days over due to the many iPhone X rumors?

Update 13.09.2017/2017/XNUMX: The Apple September Keynote XNUMX is over and some rumors have been confirmed, some not. If you want to read all the content of the event at the Steve Jobs Theater, then I recommend mine Summary of the Apple iPhone Keynote 2017. 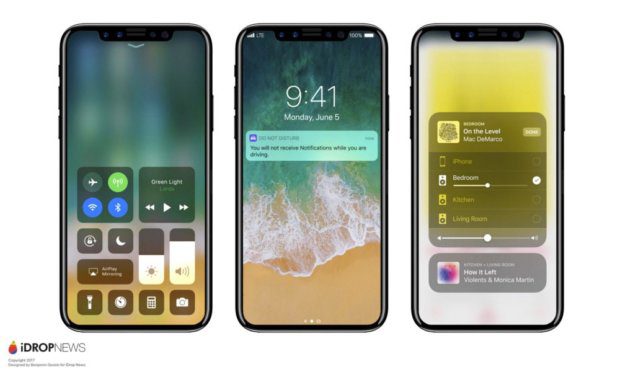 There are tons of iPhone X rumors and leaks about iOS 11 Golden Master, new AirPods, a possible iPhone 8 and so on. This picture is supposed to show the new premium smartphone from Apple. Source: iDropNews

Amongst other things 9to5mac.com reported on the supposedly final version of the new Apple mobile operating system called iOS 11 Golden Master. This had been leaked and it was readable from the lines of the system that the new premium iPhone had the addition X should get. That sounds logical, since the Apple smartphone is celebrating its tenth anniversary this year and the 10 as a Roman number is an X. In addition, it should already be known that there will be new photo and video modes, an OLED display should be installed and emojis should now appear in 3D and imitate the transmitter's facial expressions.

These are the new video modes that are said to have been read out:

More rumors and speculations about the new iPhone: here

Technical data according to iDropNews

The page iDropNews.com, from which the above picture is also taken, has already published specifications that are supposed to fit on the new iPhone X (or iPhone 8). Here is a summary of the technical data of the new Apple iPhone - of course without guarantee and with reference to the upcoming articles, which will then contain the actual values ​​communicated by Apple:

iOS 11 GM: 3D emojis with facial expressions of the sender

That won't be all that important for technology freaks. But if you like to send messages with emojis, you can look forward to images in message apps under iOS 11 Golden Master that can reproduce the sender's facial expressions. Here some examples:

Other iPhone X rumors: In addition to film options with the rear-view camera and the emoji features of the front-facing camera, another more important option should find its way into the new operating system for iPhone, iPad and iPod Touch. This involves identifying the owner with the face - for unlocking the device or verification with payment services such as Apple Pay. Where privacy advocates might sound the alarm because the phone could constantly and constantly measure the face, carefree users are happy about the funny emojis that can be created with them. So in the end everyone is served;)

RAM of iPhone 8 or X

With regard to the RAM, there shouldn't be any big surprises, even if there are many tasks pending for the new devices. Face recognition, transferring facial expressions to news pictures, video recording and editing in 4K and augmented reality (AR) as one of Tim Cook's new favorite topics. The main memory for the "small" models should be 2GB RAM again, the OLED smartphone iPhone X and any Plus models presented should again receive 3GB RAM.

But the September keynote will certainly not only be due to the topic iPhone dominates. I honestly expect a long presentation of all sorts of things from the Apple Watch Series 3 and a new one WATCH about new features at Apple TV towards the iMac Pro and new AirPods. However, these should not yet be a 2.0 version, but rather 1.1 or 1.2. As can be seen in the following pictures, the charge status display could have been brought from the inside of the charging cradle to the front:

Those of you who know the keynote of 2007 and remember the reactions to the first iPhone will certainly ask the question whether Tim Cook can still create such wow effects with today's Apple company. In the following years, too, until "Leak", "Rumor", "Pictures of a supplier" and similar headlines and words became more and more important, Steve Jobs and colleagues were able to cause surprises - Tim Cook was no longer so effective. And especially for the 10th anniversary of the iPhone, which is in the Steve Jobs Theater is initiated, it seems as if everything has already been said. I am curious whether a surprise and a "One More Thing" can still be conjured up out of the hat.