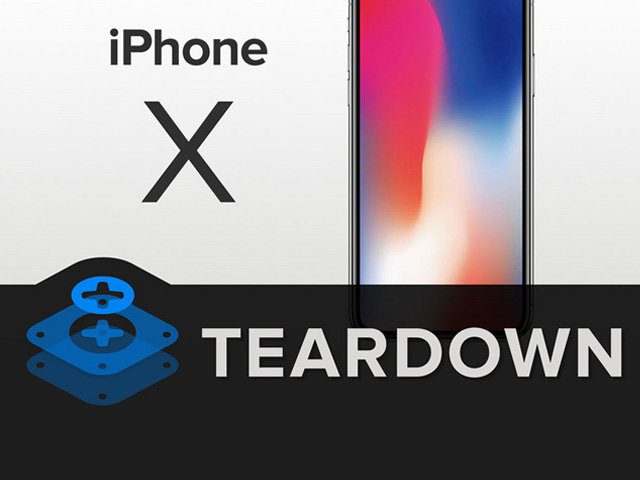 Ten years after the first real smartphone from Apple, the iPhone X recently hit the market. For the first time at the Apple September Keynote 2017 presented, it is now in the hands of users, testers and people who want to take the device apart and check whether it can be repaired - such as those from iFixit. The iPhone X teardown, which reveals the inner workings of the Apple smartphone, the chips, circuit boards, cables, cameras and other built-in elements, I have summarized for you in this post. Among other things, the double mainboard / logic board is surprising.

The iPhone X teardown from iFixit shows what hardware is in the Apple smartphone.

In 23 steps, iFixit shows you how to disassemble and repair iPhone X. It is shown that this Apple smartphone can also be opened to the side, just as it has been known since the Apple iPhone 7. However, there are also some innovations, for example the two-cell battery, which takes up the majority of the interior, the two-layer logic board, which provides space-saving performance, the complete hardware behind the Face ID feature (infrared camera, infrared sensor, front camera , etc.) and so on. The coil for wireless charging has also been new for the iPhone 2017, iPhone 8 Plus and iPhone X in 8.

The X-ray image shows the two battery cells of the Apple iPhone X, the cameras, several chips and circuit boards as well as the coil for wireless charging.

For the iPhone X teardown from iFixit, there is of course not only the version with images and text, but also one with moving images and sound. So if you'd rather see a video in which the Apple smartphone is being taken apart, have a look here:

Hardware of the other 2017 model: iPhone 8 teardown shows what's inside

How easy is it to fix iPhone X?

On a scale from 1 to 10, with 10 being “easiest to repair”, the new Apple flagship got a 6. Display and battery repairs or exchanges are easily possible with a little specialist knowledge. In addition, the Display without having to replace the Face ID hardware as well - a big plus! The use of screws instead of glue was seen neutrally, but many special screws (tri-point, pentalobe) were used. The splash protection, which prevents water damage, but also requires more effort when opening the iPhone X, is also neutral. 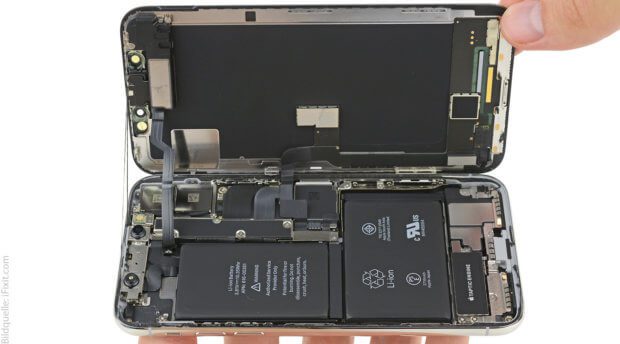 Repairing the new Apple smartphone flagship? This works with a feasibility assessment of 6 out of 10 possible points from iFixit.

iFixit criticizes Apple's new smartphone for the fact that many cables do not connect chips, boards and elements that are not built directly next to each other, which creates complex assemblies. Their repair or replacement is cumbersome and expensive. The final point of iFixit's iPhone X teardown is the note that glass on the front and back naturally makes the smartphone prone to drop damage. So my tip: use a case for the iPhone X! By the way, you can find the entire iFixit article with all 23 points of the teardown auf dieser seite.