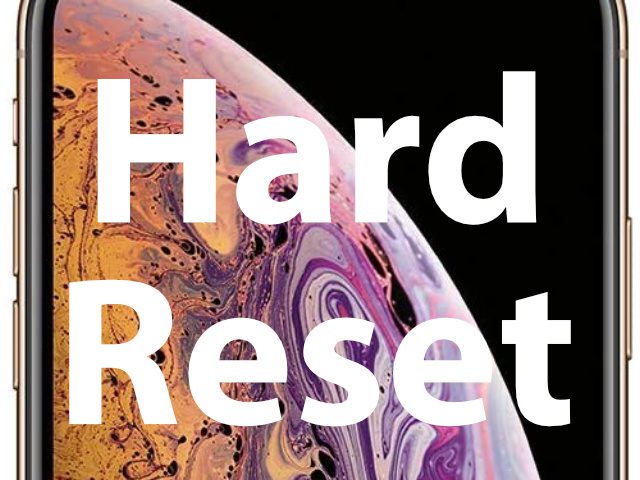 You can force a restart on the iOS smartphone with an Apple iPhone XS hard reset. This is necessary, for example, if the device is in a boot loop, an app is spinning around, the display does not respond to any input and / or the buttons on the sides no longer have any effect. If you want to force the iPhone XR restart, then all you have to do is follow the steps listed below. Don't be afraid of the word “reset”, because it just reboots the iOS system. The device will rather reset, and you keep your data. Here are the instructions for the iPhone XS (Max) Hard Reset.

If you have to force an iOS restart, all you need to do is go through a few steps on the iPhone. So if the regular switching off and on again does not work, simply use the following points. There are only three, and you've already played through the step-by-step instructions for force restart the iPhone XS:

If the iPhone has hung up and nothing works anymore, the small and harmless hardware intervention can be very practical. It is important that the first two buttons are pressed and released quickly and that the side button is pressed immediately afterwards. The same procedure is also used for a forced restart on other iPhones with Face ID. From the iPhone X to the iPhone 13, the steps described work to perform a hard reset on the Apple smartphone.

The procedure is different for older models, i.e. those with a home button. And it also differs once again between the direct predecessors of the iPhone X and the older models such as iPhone 4, iPhone 5 and iPhone SE (1st gen). If you want to know how the forced iOS restart works on the individual smartphone generations from Apple, then just have a look at the following list:

The official Apple source on the subject can be found with this link.

Even more guides about Apple, operating systems and technology

A number of instructions, guides, data sheets, field reports, tests and other articles about Apple devices and systems as well as other technology are waiting for you here in the blog. From iOS tricks and Mac app recommendations to game tips for the iPad to troubleshooting for macOS systems and AirPods, everything and much more is included. Here are a few examples from our range: